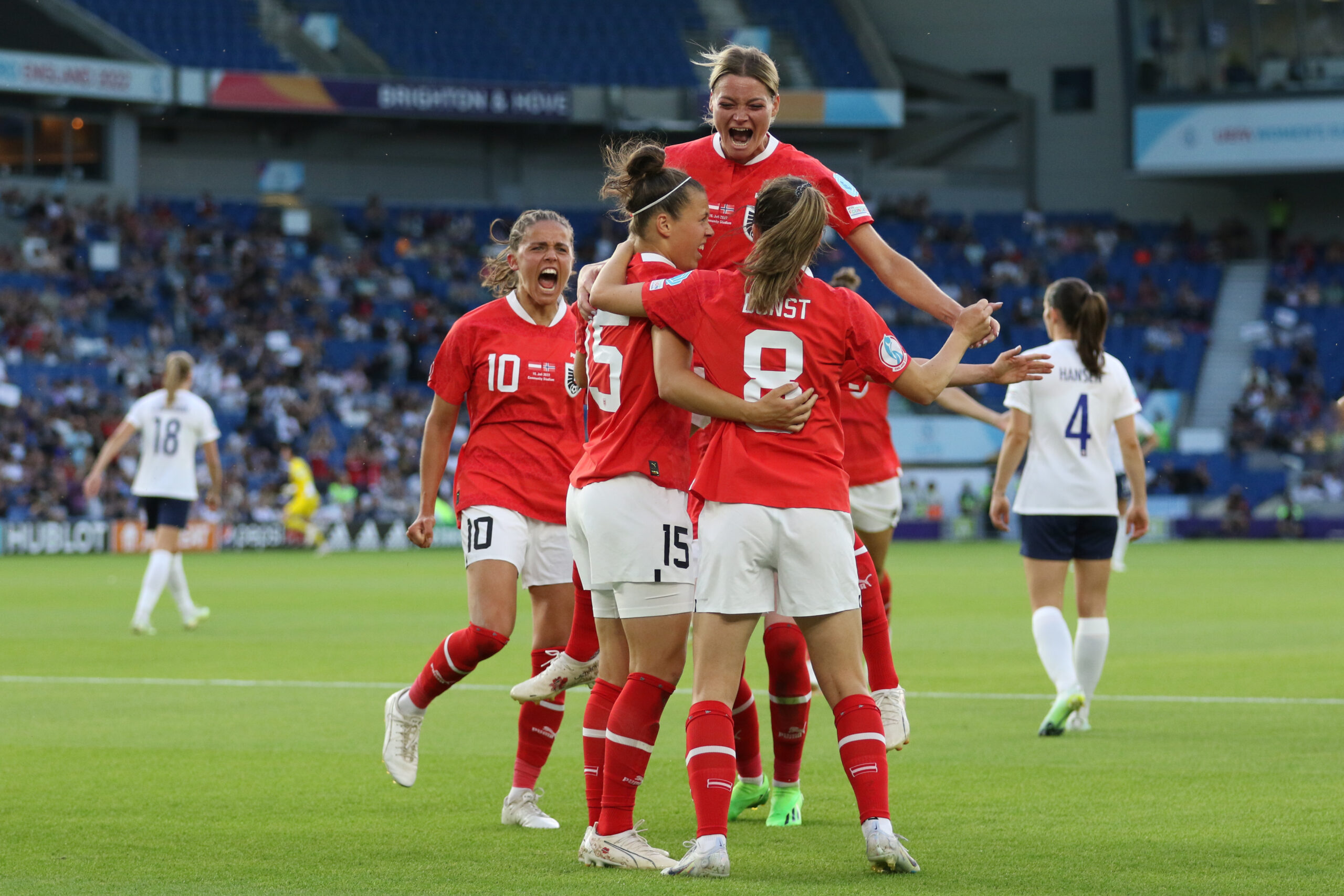 The EURO 2022 quarterfinals are set. Hosts England will play Spain, Germany take on Austria, Sweden meets Belgium, while France clashes with the Netherlands. The Equalizer breaks down all four games, focusing on the key tactical question which could define each one.

Will Spain cope with England’s pressure?

England won Group A with ease, hammering Norway and Northern Ireland to enter the knockout rounds with confidence and momentum. But their 1-0 opening win against Austria was a much tighter affair, one in which Sarina Wiegman’s side lost their control at times. The same tension and competitiveness can be expected against Spain, who are one of the best passing teams — if not the best — at the EUROs.

Spain are the underdogs, after struggling to break down a resolute Danish defense in their final group game. Their biggest test here will be withstanding English pressure, particularly early on in front of a raucous home crowd. Wiegman lines England up in a defensive 4-4-1-1. Ellen White splits the opponent’s center-backs, taking out the sideways pass between them, while Fran Kirby marks their holding midfielder.

Access the best women’s soccer coverage all year long
Start your FREE, 7-day trial of The Equalizer Extra for industry-leading reporting and insight on the USWNT, NWSL and beyond.
Subscribe
Existing Users Sign In Here
Related Topics2022 UEFA EUROEURO 2022ExtraFeatured

EURO: Belgium advances with 1-0 win over Italy; France dashes Icelandic hopes
England comes from behind with goals from Toone, Stanway to top Spain, 2-1, in EURO Quarterfinal