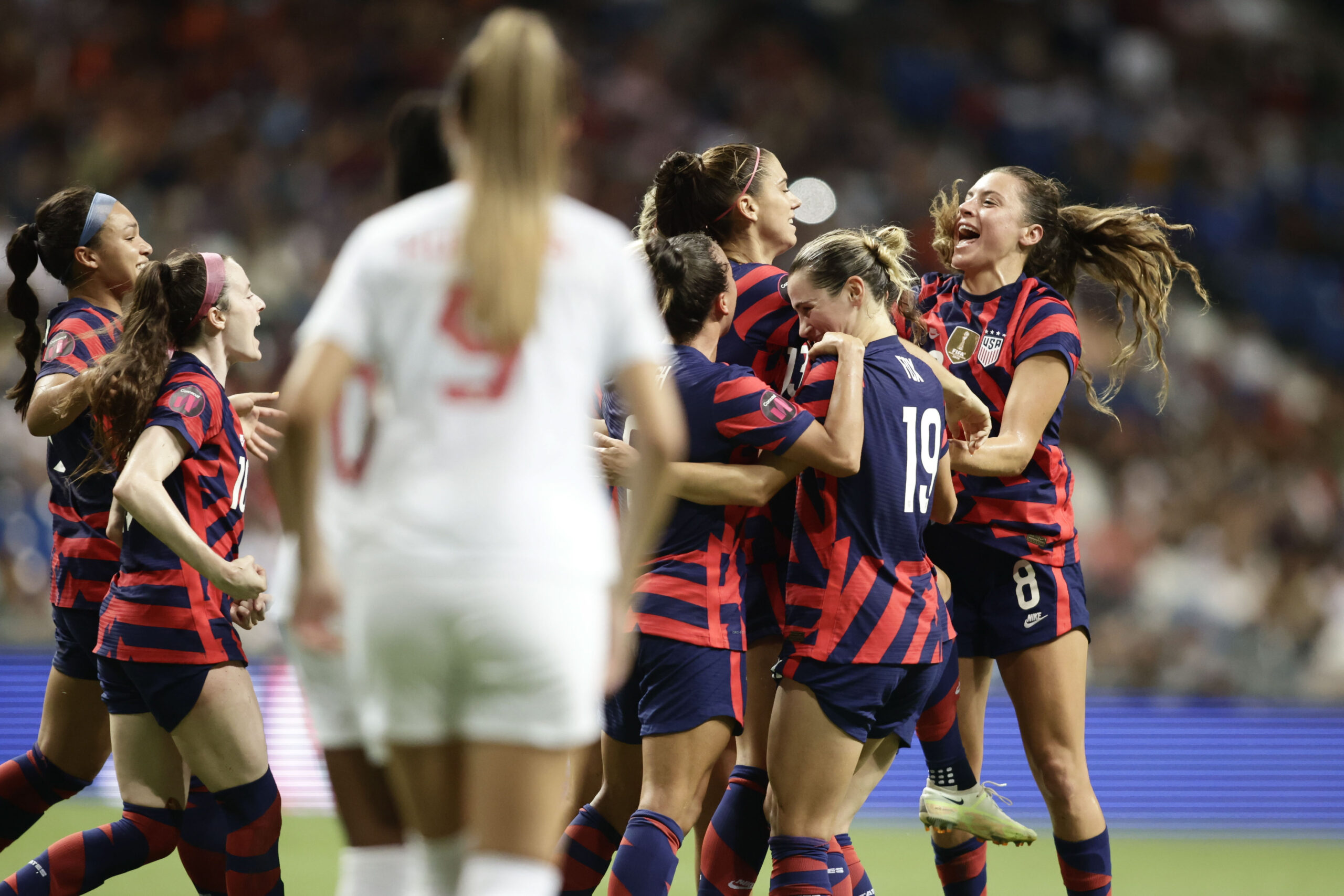 The Concacaf W Championship finished on Monday night with a finale putting the United States and Canada against each other in an age-old rivalry in Concacaf. The U.S. prevailed, 1-0, to book a place at the 2024 Olympics.

Earlier, Jamaica topped Costa Rica in the third-place match, which held significance as the Reggae Girlz will now battle Canada for the second spot in the 2024 Paris Olympics.

The United States is used to dominating Concacaf. In fact, it hasn’t allowed a goal in Concacaf play in over 11 years. It was no surprise that U.S. made its way to the top of the table during the 2022 Concacaf Tournament, but its performance was uneven, and in its most recent match against Mexico on July 11, the team looked far from World Cup ready. And so, the stakes were high on Monday night when the US faced off against Canada in the Concacaf championship – a tournament title, an Olympic berth, and a chance to redeem itself were all on the line.

From the moment the US stepped on the field, it looked as if they were responding to the message that they needed to prove themselves. Mallory Pugh’s breakaway and shot on goal within the game’s first fifty seconds proved that a different U.S. had taken the field on Monday night. Creativity from Rose Lavelle, speed from Alex Morgan and Sophia Smith, and passion and aggression from Lindsay Horan – who has really struggled in this tournament – presented a fast, formidable, and cohesive USWNT that left the first 45 looking like champions, even as the score remained 0-0.

After a few agonizing near misses in the second half, the U.S. finally got on the board in the 78th minute when Alex Morgan converted on a penalty kick. Morgan, who has spent this tournament and the 2022 NWSL season staging a major comeback, could not have proven herself more vital in Monday night’s match, especially during a time when older members of the United States are being questioned for their value. The goal by Morgan would end up as the only goal of the match, but it was more than enough to give the U.S. what it came for.

Canada’s best moments on Monday night were forward Nichelle Prince’s impressively fast runs down the left side – giving US defender Sofia Huerta a huge headache – and superhuman saves from Kailen Sheridan in goal. While the two countries are almost always well-matched, tonight’s win from the US was solid and deserved, and the only real question that lingered after the game is why the USWNT wasn’t able to score even more. The US, nevertheless, can be proud of their performance on Monday night – they’re World Cup bound in 2023 and Olympic bound in 2024, and it’s certainly possible that Alex Morgan could be a starter in both of those tournaments.

After a scoreless 90 minutes between both sides, with minimal shots on goal facing Costa Rican goalkeeper Daniela Solera and Jamaican goalkeeper Rebecca Spencer, the match went into extra time on a hot, muggy night in Monterrey, Mexico.

The breakthrough came in the 102nd minute. Kaylssa “Kiki” van Zanten, who plays collegiately at the University of Notre Dame, snuck behind defender Daniela Cruz and got the ball from Drew Spence, burying it past Soleria, who came off her line in hopes to smother the ball. Van Zanten entered the match in the 99th minute for Trudi Carter and scored three minutes later.

Costa Rica made a few valiant efforts to find an equalizing goal, but could not break the Jamaican defense. Costa Rica and Jamaica are qualified for the 2023 FIFA World Cup.