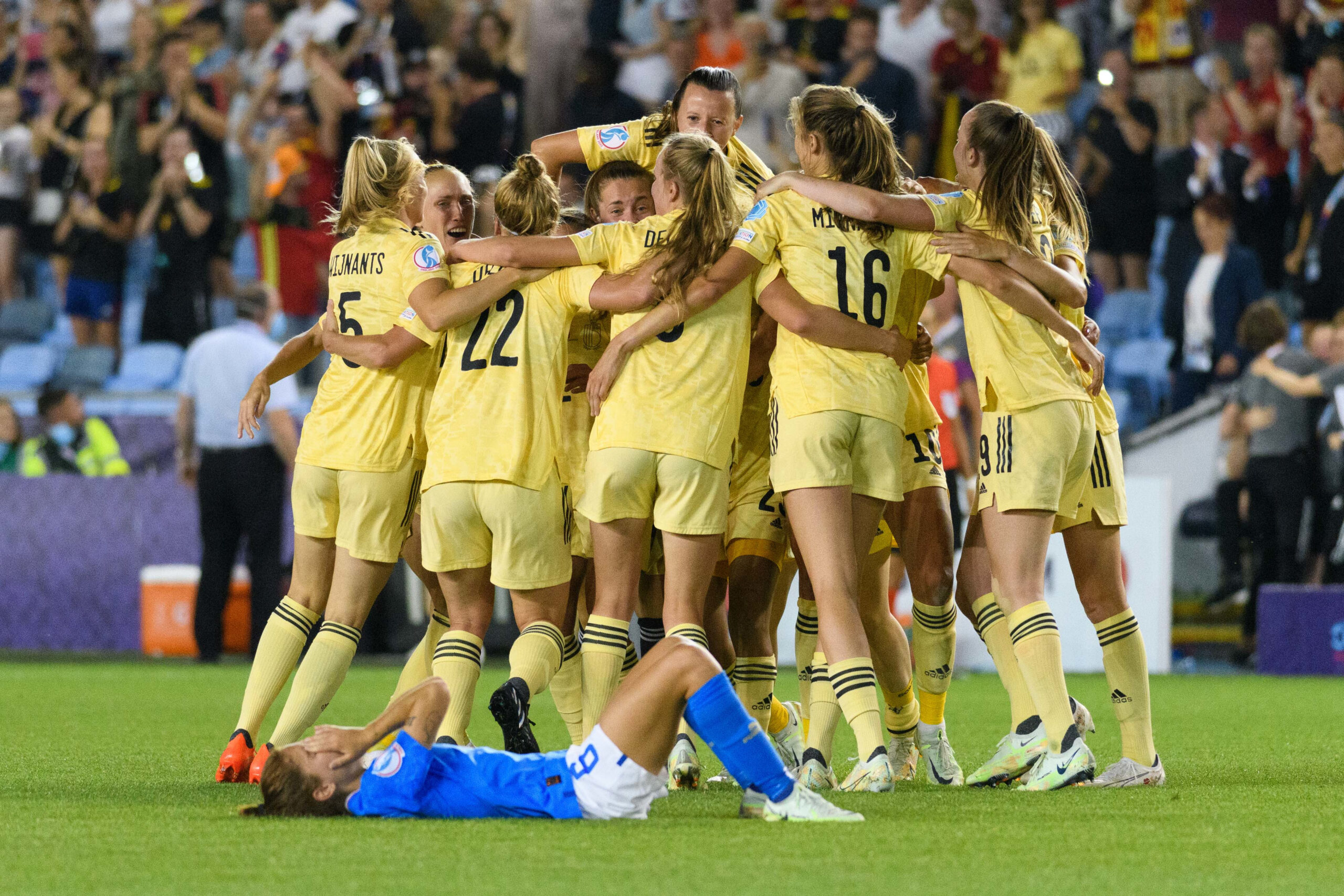 Iceland was always up for a tough task in advancing in the UEFA Women’s EURO competition. Despite looking solid in the tournament’s group stage against Belgium and Italy, Iceland found themselves sitting in the second place spot with little to no wiggle room.

Iceland had two points, but both Italy and Belgium were behind with one point. A victory for one of those sides would side them slide up to second place. That is, unless Iceland could defeat their opponent: France. It was a daunting task, and Iceland — despite pushing to find a goal for 90 minutes — couldn’t break through France until thee 90’+12′ minute of the match, off a penalty from Dagný Brynjarsdóttir. However, it wasn’t enough as Belgium got the three points in their win over Italy.

Iceland did hold France to one goal, though. Just one minute into play, Melvine Malard scored off a strike inside the box, which was assisted by teammate Clara Matéo.

France almost had a goal late in the match, too, but after a review from VAR, French midfielder Grace Geyoro — who entered the match in the 63rd minute for Sandie Toletti — was whistled for a handball. France withstood Iceland and will now move on to the quarterfinals where they face the Netherlands in Rotherham on July 23.

Belgium punched their spot in the EURO quarterfinals thanks to a goal from Tine De Caigny in the 49th minute.

De Caigny struck from the top of the penalty area after the ball bounced on several hands and feel to the TSG Hoffenheim midfielder. Italy’s Martina Rosucci was the closet to the ball, but couldn’t get her body rotated in time to clear the ball before De Caigny struck.

Belgium actually finished the match with only two shots on goal at Italian goalkeeper Laura Giuliani. Meanwhile, on the other end, Red Flames goalkeeper Nicky Evrard made six saves to deny Italy of a chance at the quarterfinals.

Belgium now faces the Netherlands on July 22 in Leigh.