Connecting with Hispanic and Latino communities is an obvious, necessary step for women’s soccer 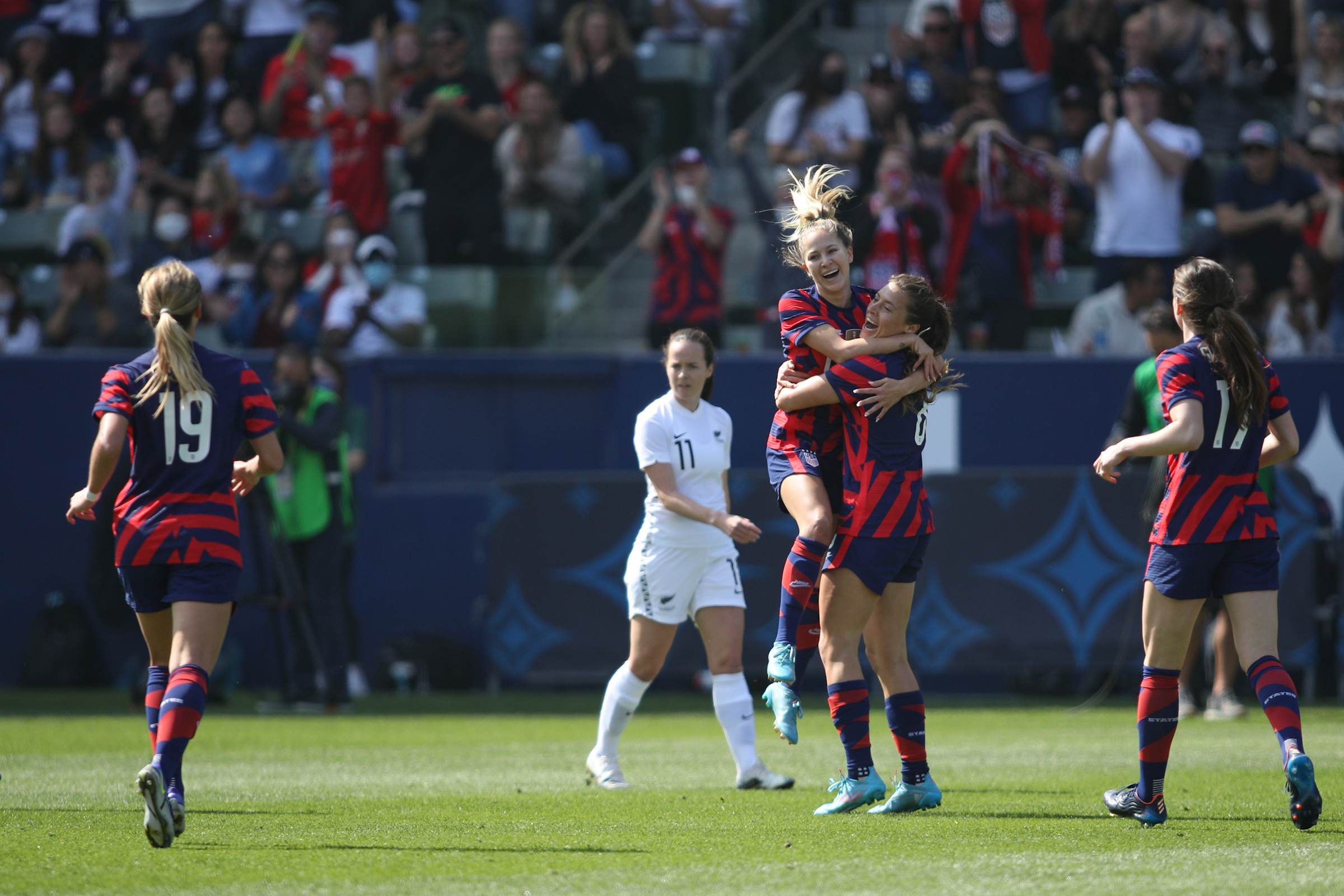 Last month, NWSL newcomers Angel City FC announced a historic, multi-year partnership with the Mexican women’s national team that will see the two teams play each other in a friendly tournament – Copa Angelina – in September. The news comes after another landmark deal announced in May with Liga MX Femenil powerhouse Tigres FC that will see Angel City host the Mexican side for a friendly match in Los Angeles this August and travel to Monterrey in 2023 to return the favor.

Coming from a club that seems to be doing almost everything right in their quest to set a new standard for professional women’s soccer, these moves also point to the next frontier of growth in the women’s game: meaningfully engaging with Hispanic and Latino audiences. It’s good for business, it’s good for the fans, and it’s good for the game, but it’s been sorely overlooked as a serious area for investment.

This issue is not unique to the women’s side of the U.S. soccer ecosystem. When I worked at the U.S. Soccer Federation in 2019, no member of our senior staff spoke Spanish, and the 60 youth members that were specifically convened for the short-lived Youth Task Force included only one Latina (and no Latinos). Today, there are no Hispanics on the Federation’s newly convened Diversity, Equity, Inclusion and Belonging Advisory Council, and yet every week for decades we have asked ourselves the question of why we aren’t reaching these communities the way we would like to.

However, the issue is particularly salient in the women’s game. Since receiving my U.S. citizenship in 2018, few moments have made me as proud to be an American as being in France with the U.S. women’s national team when they won the 2019 Women’s World Cup. And although the U.S. has made serious and welcome strides in recent years to draw from a more diverse player pool than ever before, it still made me sad not to see any Latinas on the World Cup-winning roster when our country is nearly 20% Hispanic or Latino. (At least the men’s team consistently calls in a handful of Hispanic players, and 40% of the players in our boys youth national teams are Latinos.)

Ascribing these discrepancies to “cultural differences” is a lazy excuse; let’s not forget that the English FA literally banned women from playing football for decades. Looking across the border, it’s easy to see how women’s soccer can flourish in Hispanic cultures when given the chance: since the Mexican Football Federation mandated the creation of the Liga MX Femenil less than six years ago, it has barely been able to keep up with the league’s explosive growth, and images of packed stadiums with tens of thousands of fans for the most recent finals between Chivas and Pachuca, and between Tigres and Monterrey, point to a very bright future for professional women’s soccer in Mexico. (Smaller crowds at the Concacaf W Championship in Monterrey point more to the confederation failing to market the event.)

That’s why American clubs that seize their opportunity to make inroads into Hispanic and Latino communities today will reap the benefits for years to come. Angel City understands that NWSL sides have a lot to learn from Liga MX Femenil teams, at least off the field, and that’s why their partnership with Tigres includes an “exchange of best practices in sport, business and social responsibility.”

The league as a whole has not been as forward thinking. NWSL rosters are generally light on Latinas, and the management-side numbers — among head coaches, general managers, club presidents, or principal team owners — are even more scant.

But every day I’m more certain that women’s soccer is approaching a breakthrough in its relationship with Hispanic and Latino communities in the US, especially now that the U.S. women’s pool has not just one but three Latinas for the first time since Amy Rodriguez’s last call-up in 2018.

Ashley Sanchez plays with more flair than almost any other player in the NWSL; she’s exactly the kind of player that the No. 10 jersey was made for. Sofia Huerta may be the only outside back in the world that racks up assists at the same rate as Trent Alexander-Arnold; crucially, she’s also proof that top Hispanic talent is not limited to Texas and California but can be found all over the country. Both are part of the United States’ roster at the Concacaf W Championship in Mexico.

And Catarina Macario, a Brazilian immigrant and the first naturalized citizen ever to play for the USWNT, demonstrates the amazing level of talent we may be missing out on by not investing adequately in Latino communities; she just won the UEFA Women’s Champions League in her first full season with Lyon. If she hadn’t recently torn her ACL, Macario was virtually guaranteed to be at the Concacaf W Championship as well.

With the U.S. already having qualified for the 2023 FIFA World Cup, it’s only a matter of time until Latinas and Latinos all over the country can see themselves fully represented in a World Cup winning team with Sanchez, Huerta, and Macario on the roster.

So the opportunity for teams to invest in meaningful engagement with Hispanic and Latino communities is already there for the taking, and the upside can be tremendous. The Houston Dash/Dynamo organization credited the signings of Maria Sanchez and Hector Herrera with driving up ticket sales this season.

From a fan perspective, Liga MX is still the most-watched soccer league in the U.S. – ahead of both the English Premier League and Major League Soccer. And from a talent perspective, a genuine effort by individual clubs and by US Soccer to find and nurture the best possible talent on and off the field should result in more Latinas in our youth national systems and in front office leadership roles.

More team owners should make it a central part of their club ethos and business model to build genuine relationships with Latinos, not just in the U.S. but across Latin America. Especially in the women’s game, where clubs are younger and fan loyalties are less baked in, teams in the U.S. should push for a future where women’s soccer fans from Mexico City to Buenos Aires grow up with Angel City or Gotham FC jerseys and posters on their wall, just like Real Madrid and Barcelona on the men’s side. Women’s clubs that are bold enough to make a play for the fandom of Hispanic and Latino audiences today will see those efforts pay off big for decades to come.

Nathán Goldberg Crenier previously worked at U.S. Soccer as an assistant to the president.

Tale of the tape: Previewing USWNT-Canada by the data
The more things change, the more they stay the same: USWNT conquers Concacaf