Tale of the tape: Previewing USWNT-Canada by the data 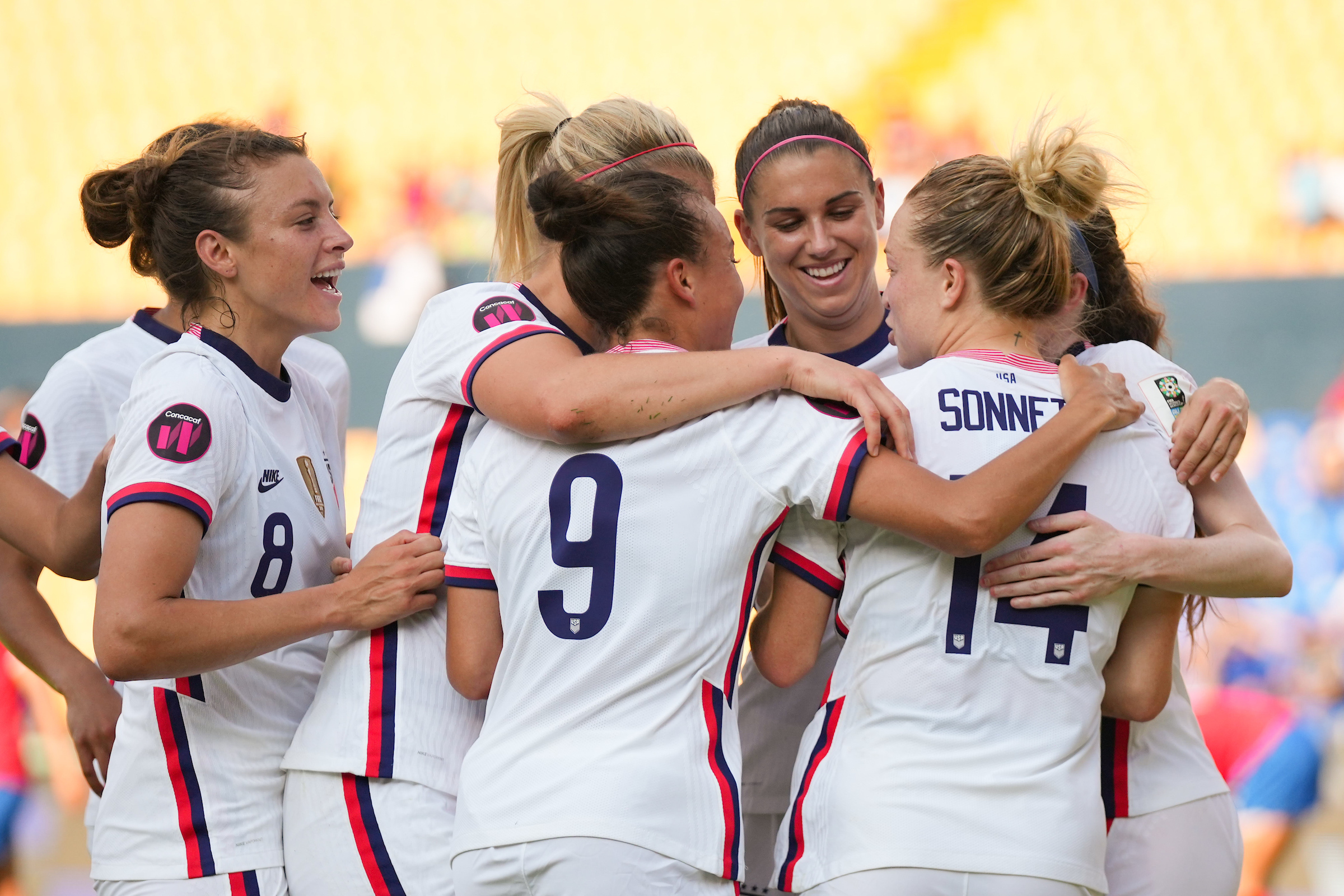 The United States and Canada play in the Concacaf W Championship on Monday each looking to add another trophy to their cabinets. Their places in the final are expected, but their paths there have not been completely smooth sailing.

How do they compare, from a statistical standpoint? What patterns do they use? Let’s have a look at it.

The two best teams in North America meet again, this time in the decisive match of the new tournament format which also puts a berth to the 2024 Olympics on the line.

At face value, Canada feels like the more stable team in terms of names. After winning the Olympic gold medal in Tokyo last year, the structure of head coach Bev Priestman’s team is tight, staying faithful to a core of players that brought the team plenty of success. On the other hand, the United States is in that transitional flux, still trying to clearly understand its identity as a team, with passages of good play and some good results.

Let’s take a peek at what the numbers say of their performances so far, after four games each in the tournament held in Monterrey, Mexico.

As two of the more dominant teams in Concacaf, both the United States and Canada share similar ideas when it comes to planning the matches: have the ball and the territorial advantage, force the opposition into their own half (or their box, if possible) and put them under pressure.

However, on a closer look, Canada seems to be a bit more incisive than the United States: Vlatko Andonovski’s team plays 30.6% of their passes forward, making 953 passes in their own half and only 339 passes in the final third with a 65.6% of accuracy. Meanwhile, Canada, on those same respective metrics have 679 passes, 33.8% forward, 616 in their own half with 76.1% accuracy.

That shows that Canada has been more comfortable with controlling possession in the opposition’s half so far, instead of relying on building up from the back so much.

This reflects mostly on the number of sequences that the United States had with nine passes or more, accumulating 81 of those sequences while Canada had 30 fewer, with 51, which is still a healthy number.

Some other possession values are more or less the same, like the average sequence time (10.8 seconds for the USA and 10.1 for Canada) or the average passes per sequence (3.9 against 3.6), so this is not a case of a team being more direct in their attack but having a different philosophy when it comes to using the territory. It’s a big question mark if Canada will stay with this plan for the final or allow the U.S. to have more of the ball and attack the space behind the last line.

Again, at first sight, there are plenty of similarities: both teams have 12 goals so far, the xG for Canada is slightly higher (13.3 against 9.99) and they have a similar amount of shots on target (29 for the U.S., 35 for Canada).

Here, the United States has an advantage on some important metrics that, if the trends continue, can be instrumental in winning on Monday: both the percentage of shots on target (43.3% to 35.4%) and shot conversion (17.9% to 12.1%) are higher for Vlatko’s team, and if the game comes to be back and forth, the accuracy of the United States on goal might be the difference on Monday night.

Looking at the charts, it’s interesting to see how the United States have a tendency to shoot on the right side of the attack, while Canada is more central in their attempts.

Both squads, defensively speaking, have a similar approach: recover the ball quickly once it is lost. That can be measured on the PPDA (or passes allowed per defensive action, which measures high pressing), with both teams averaging 6.4 so far in the tournament.

Canada has a higher success recovering the ball in the attacking and middle third: Canada has 38 and 163, respectively, while the U.S. has 163 and 135, respectively. The graphic below shows the differential more clearly.

This is probably a symptom of the difficulties United States had at the No. 6 position and replacing Julie Ertz, while Canada has a strong spine in central midfield that allows them to be more effective in this task.

Thanks to this, there’s a huge difference in the number of clearances, with Canada only needing 10 compared to the 34 for the U.S., who relies more on their center backs to defend besides the building-up phase.

Plus, another thing Canada does systematically is to foul the opposition if the ball can’t be won quickly. They hardly commit any fouls in their own half, which is very interesting tactically, to allow them to regain position higher up the field.

Numbers can’t predict how Monday’s game will end and what is going to happen. Both teams share similarities due to their need to be the one on the front foot against weaker competition – which won’t be the case for either team on Monday. One has to give up the ball, at least, in portions of the game. But it’s interesting to see what their plans have been so far and try to visualize the different aspects of their game.

Monday, as it usually is between the U.S. and Canada, should be fascinating.

Maintaining a standard in transition: What’s the balance for USWNT expectations?
Canada knows USWNT presents a different kind of challenge