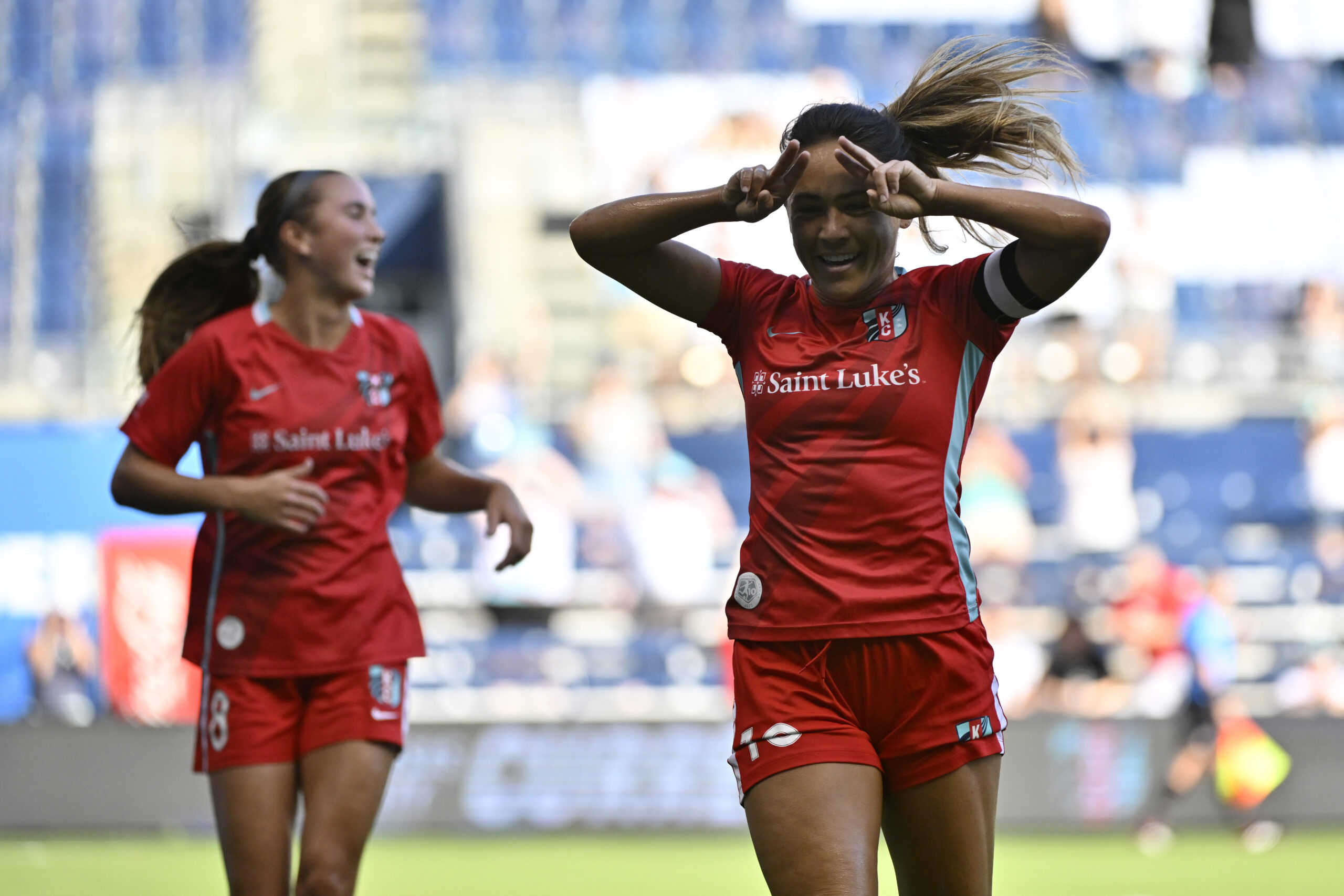 Two games were played in the National Women’s Soccer League on Sunday, kicking off in D.C. and ending the night in Kansas City.

The Skinny: This contest was quite evenly matched but a penalty kick conversion and outstanding goalkeeping from Adrianna Franch meant Kansas City earned all three points in front of their home crowd and extending their unbeaten run to seven games.

One Key Moment: The foul that led up to the penalty kick is a good example of what gave OL Reign trouble in this match, it was Kansas City in transition. They have speedy and intelligtent players and Victoria Pickett did exactly what she should, cut inside and make the defender make a choice, unfortunately Phoebe McClernon committed the reckless foul. Lo’eau Labonta stepped up and confidently converted her third penalty of the season, continuing her streak of not missing any PKs in NWSL play.

Inside the Game: This was another close match, with the teams creating a similar amount and quality of chances. For the Reign this is a story they are a part of all too often, they created a number of high quality chances but failed to be clinical enough, with a particularly painful shot off the post 31′. Aside from that, credit must be given to AD Franch for some terrific saves, especially late in the game, preserving her side’s lead. The Current created their own chances that they were unable to convert as well, mostly in transition, most notably with Cece Kizer skying a chance on an open net 55′. Lastly, the debut everyone has been waiting for finally happened, with Tobin Heath entering the match for OL Reign 78′. It was a difficult match to come into and there wasn’t much she could do but after the match she spoke about how she was excited to finally make her debut and hopefully contribute to the team winning a trophy this year.

The Skinny: With both teams on the lower end of the standings, three points were what both were desperate for but in the end they would leave with just one each as neither side could find a goal.

One Key Moment: Arguably the best chance of the night came 16′ when Darian Jenkins was able to split the central defenders where Erika Tymrak found her 1v1 with Spirit goalkeeper Devon Kerr. It was a great through ball into the penalty area, but as Jenkins tried to curl the ball around the keeper, she put it just wide.

Inside the Game: Statistically the Spirit dominated this match, taking four times as many shots as their opponents. But with only 5 of their 17 shots on target, they struggled to really challenge goalkeeper Erin McLeod more than once, with that chance coming at the begginning of the second half. Washington controlled more of the possession too, so you could argue they were the better side, but Orlando created more quality chances despite only creating four.