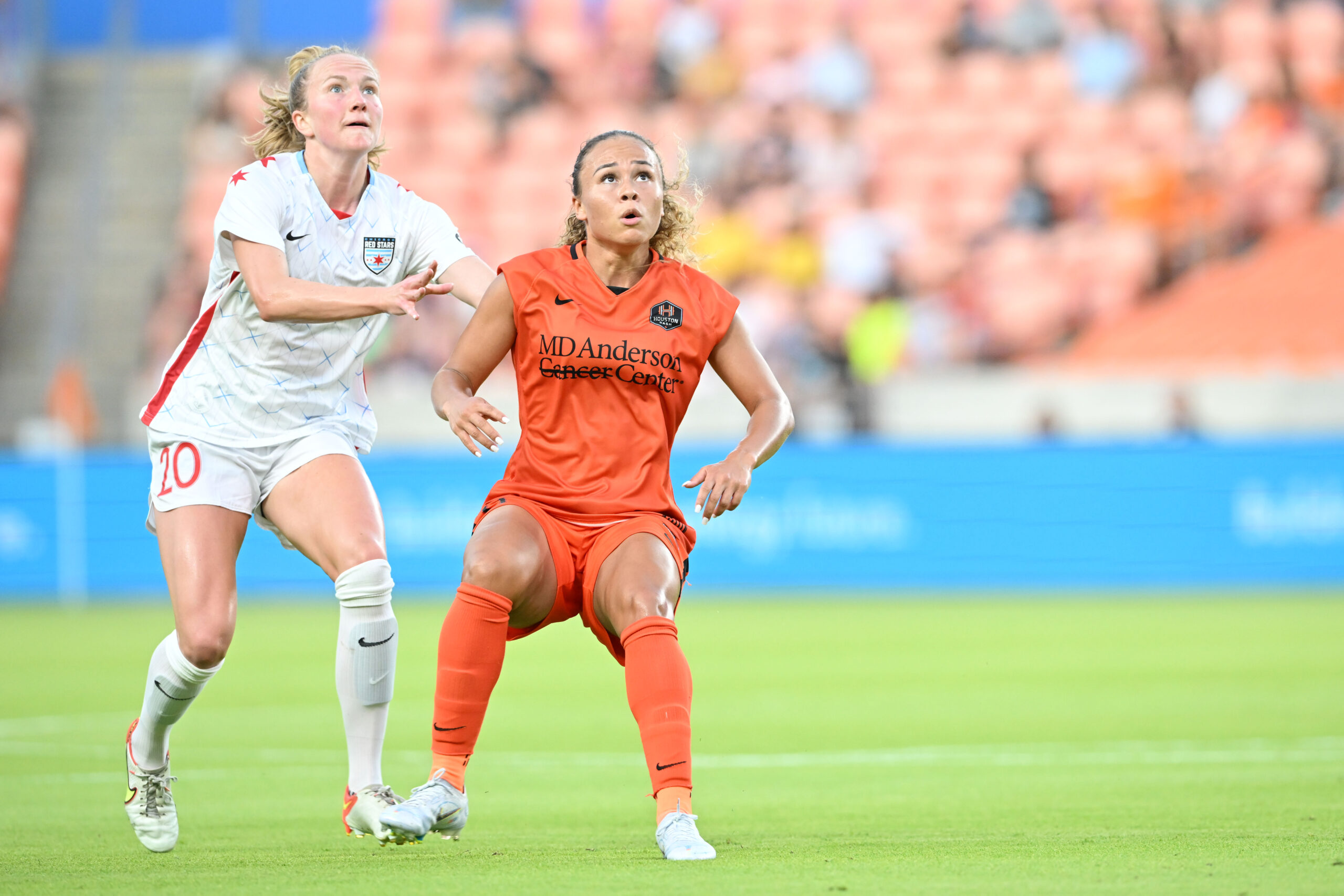 The National Women’s Soccer League kicked off Saturday action with a big Houston victory over the Chicago Red Stars while the Portland Thorns took care of business against Gotham FC, winning 5-0.

The Skinny: A hat trick and a fourth goal gave the Houston Dash a victory over the Chicago Red Stars at PNC Stadium, in the first match under new interim head coach Juan Carlos Amorós.

One Key Moment: All of the goals Salmon scored had some sauce to them, but it was the second goal that turned heads. Outrunning her defender was one thing, but scoring with the momentum and hit she did with a diving goalkeeper coming at you was impressive.

Inside the Game: Ebony Salmon scored her first Houston Dash goal and then added another, and then another. In a year where the Houston Dash never scored a hat trick, Nichelle Prince and Salmon have done so within two months of each other. Salmon’s goals came in a big victory over the Chicago Red Stars, who were riding a nine game unbeaten streak, dating back to May.

Salmon’s first tally came in the 11th minute, as she picked up the ball in an open area of the penalty area, turned and shot past Emily Boyd. Her second goal came after outrunning Zoe Morse and then shooting past a diving Boyd, who elected to come off her line and go for the ball. The hat trick was complete in the 55th minute when Salmon distanced herself from the defense and was wide open for an attempt that she had time to dribble and set up in the box.

After a Chicago goal by Samantha Fisher in the 88th minute, the Houston victory finished with a goal from Joelle Anderson, marking her first tally in the NWSL.

Of note for the Dash, 19-year-old Argentinian forward Paulina Gramaglia made her debut for Houston, entering the match in the Shea Groom. Cali Farquharson also made her NWSL return, subbing on for Salmon at the same time.

The Skinny: The Portland Thorns steamrolled NJ/NY Gotham FC on Saturday night at Providence Park, putting on a show for fans with four different players finding the back of the net in a 4-0 win.

One Key Moment: The first goal got the ball rolling, but it was the second goal from 16-year-old Olivia Moultrie. In the midst of traffic inside the box, Moultrie, right at the top of the penalty area, fired a rocket past Gotham goalkeeper Ashlyn Harris.

Inside the Game: One, two and three. The first three goals from Portland were scored 10 minutes into the match. Taylor Porter started the match and scored five minutes in, hitting a volley inside the box off a corner kick that initially bounced off a Gotham head and to Porter. Moultrie’s strike followed in the 7th minute, while Marissa Everett scored off a tap-in right in front of goal in the 10th minute. Portland entered the locker room up by three.

In the second half, the Thorns added two more goals. Hannah Betfort scored on her first touch after entering in the 64th minute, putting a header toward the low corner of the net. Madison Pogarch assisted with a floating ball inside the box.

Morgan Weaver added the fifth and final goal of the match, picking up a slow pass from Ashlyn Harris to Taylor Smith, hitting the ball with her first touch and watched it curl into net. It was a night to forget for Gotham’s goalkeeper and the entire defense.