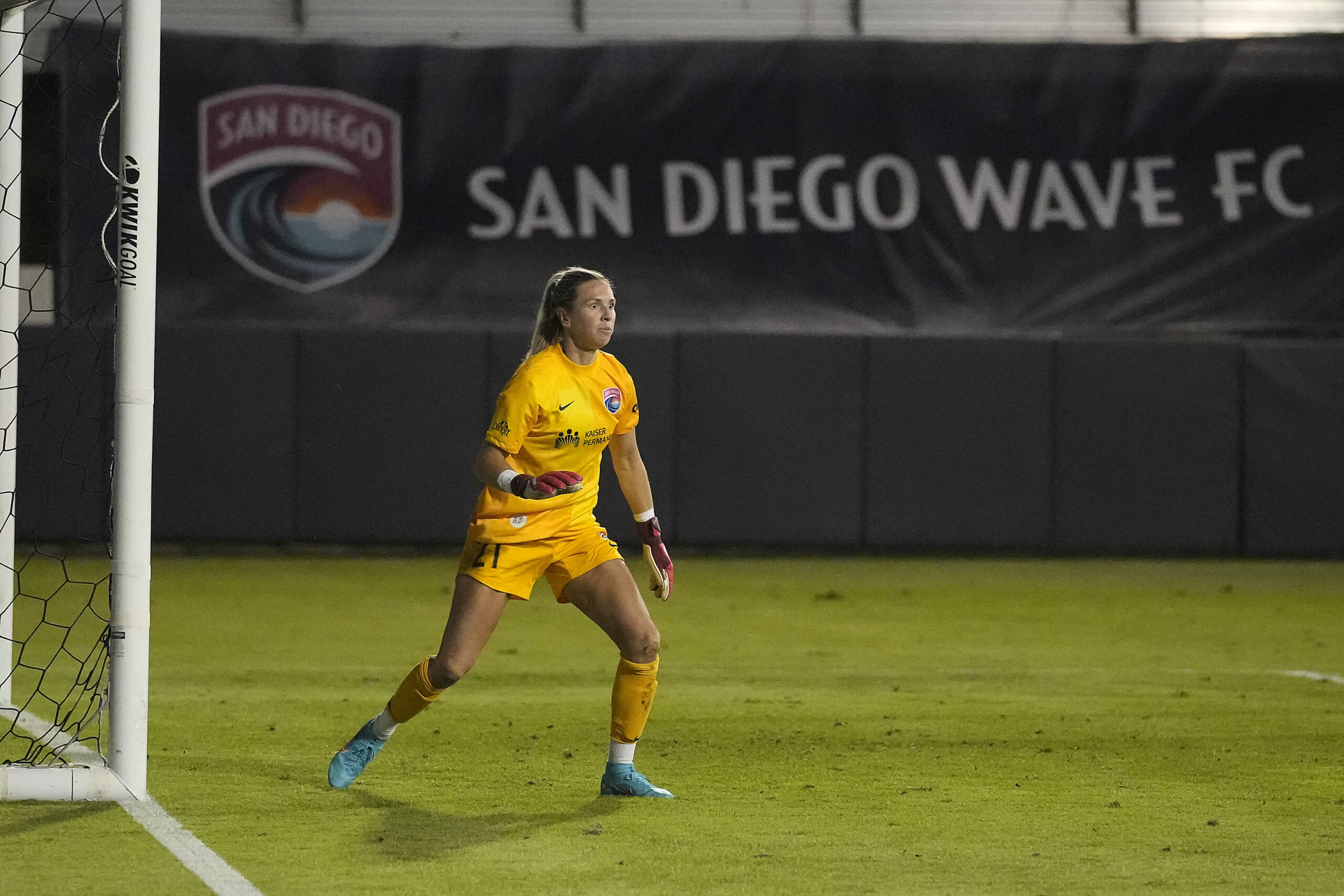 Just one match was played in the National Women’s Soccer League on Friday, it took place at Torero Stadium between Racing Louisville and the San Diego Wave.

The Skinny: It was a miracle that there were no goals in this match, even though technically there was one, as the two teams combined for a season-high 39 shots. The game was incredibly close but Racing will feel they were robbed of three points after having a goal called back for a non-existent foul.

One Key Moment: Racing’s non-goal came 58′ when Jaelin Howell headed in Savannah DeMelo’s near olímpico. But the goal was called back, supposedly, for a foul on the goalkeeper, and we can give credit to Carly Telford for selling it, but this seems like a plain lousy call that cost Louisville what would’ve been a massive three points. It’s quite telling that the San Diego players weren’t even appealing before the call was made.

Inside the Game: This game was not lacking in action or chances, despite the scoreline. In fact, the match was an incredibly open, back-and-forth affair, with the narrower-than-average pitch contributing to the vertical nature of the game.

San Diego will be frustrated as once again, like last week at Angel City, they created a ton of chances, 19 to be exact, but could not convert. Some of those misses were simply put wide but credit must also go to Katie Lund who made some quality saves and her backline which provided a goalline clearance and several important clearances of Lund’s rebounded saves. But Racing needs to clean up their play out of the back because they gave away several chances off of bad giveaways in their defensive third that they were lucky to not be punished for.

Savannah DeMelo had another stand-out match for Louisville, providing a constant threat with her crossing ability. She also helped Racing control the majority of the possession during the game, even though most of the game statistics are very even between the teams. DeMelo would be the player to step up 73′ to take the penalty kick won by Alex Chidiac, and it seemed this would finally be Louisville’s moment to take the lead. However, Carly Telford came up huge to make the save, showing off her veteran knowledge and skill.

Telford would deny the visitors a total of 6 times and they were no easy saves, undoubtedly earning her clean sheet. Overall, Racing performed really well and will be very disappointed that the result doesn’t reflect that.