EURO: Spain moves on after narrow 1-0 win over Denmark; Germany goes perfect in Group B 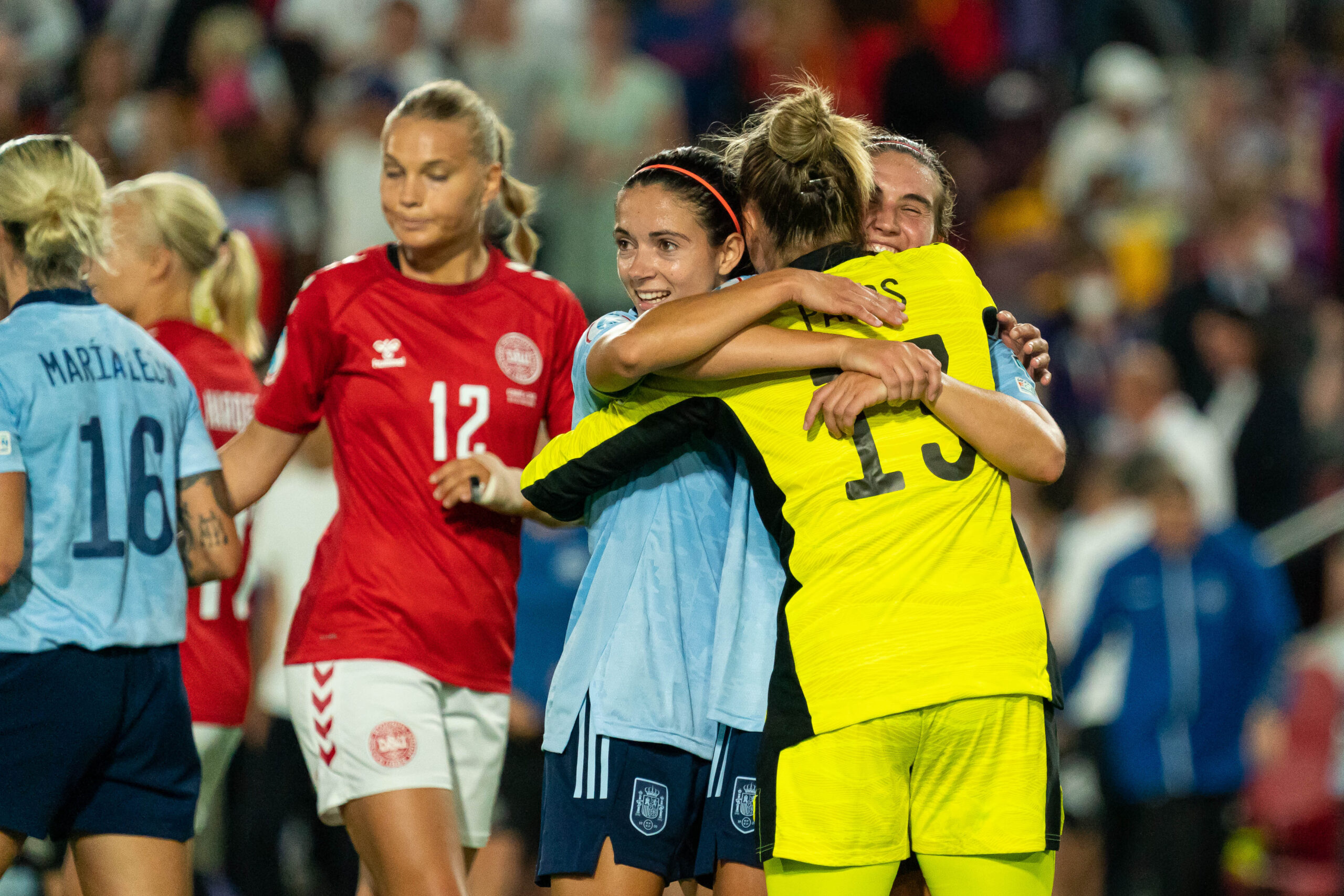 Spain is moving on in the UEFA Women’s EURO competition. The Spanish placed second in Group B after defeating Denmark in a narrow 1-0 victory.

Marta Cardona played hero for the Spanish, scoring in the 90th minute off a header inside the box, sending it past Danish goalkeeper Lene Christensen. Cardona snuck behind Danish defender Sara Holmgaard to give herself space for a clean connection after a ball from Olga Carmona.

The game was fairly split between both sides, as Denmark needed a victory to advance in the competition. A draw would not be enough with Spain leading on goal differential. Spain took five shots on target to threaten Christensen, while on the other end Sandra Paños had to face two Denmark shots on target.

Spain now goes on to the quarterfinals where they will face Group A winner England in Brighton and Hove. Meanwhile, Germany will face off against Austria in London.

Germany took control of Group B with a 3-0 victory over Finland, who finished at the bottom of the table. Three different goal-scorers gave the Germans the edge. Germany finished the group stage with nine goals and zero conceded.

Sophia Kleinherne kicked off the scoring late in the first half with a header inside the box, assisted by Giulia Gwinn, in the 40th minute. Germany took their small lead into the locker room and then returned in the second half with a tally from Alexandra Popp in the 48th minute. Popp also scored on a header in the box. Kathrin Hendrich assisted with a picture-perfect cross.

A third goal came from 22-year-old Entracht Frankfurt forward Nicole Anyomi with a right-footed shot inside the box in the 63rd minute, ending Germany’s scoring rampage against the Finnish players and goalkeeper Katriina Talaslahti.