What’s old is new: Germany, after recent doubts, is a team to fear at EURO 2022 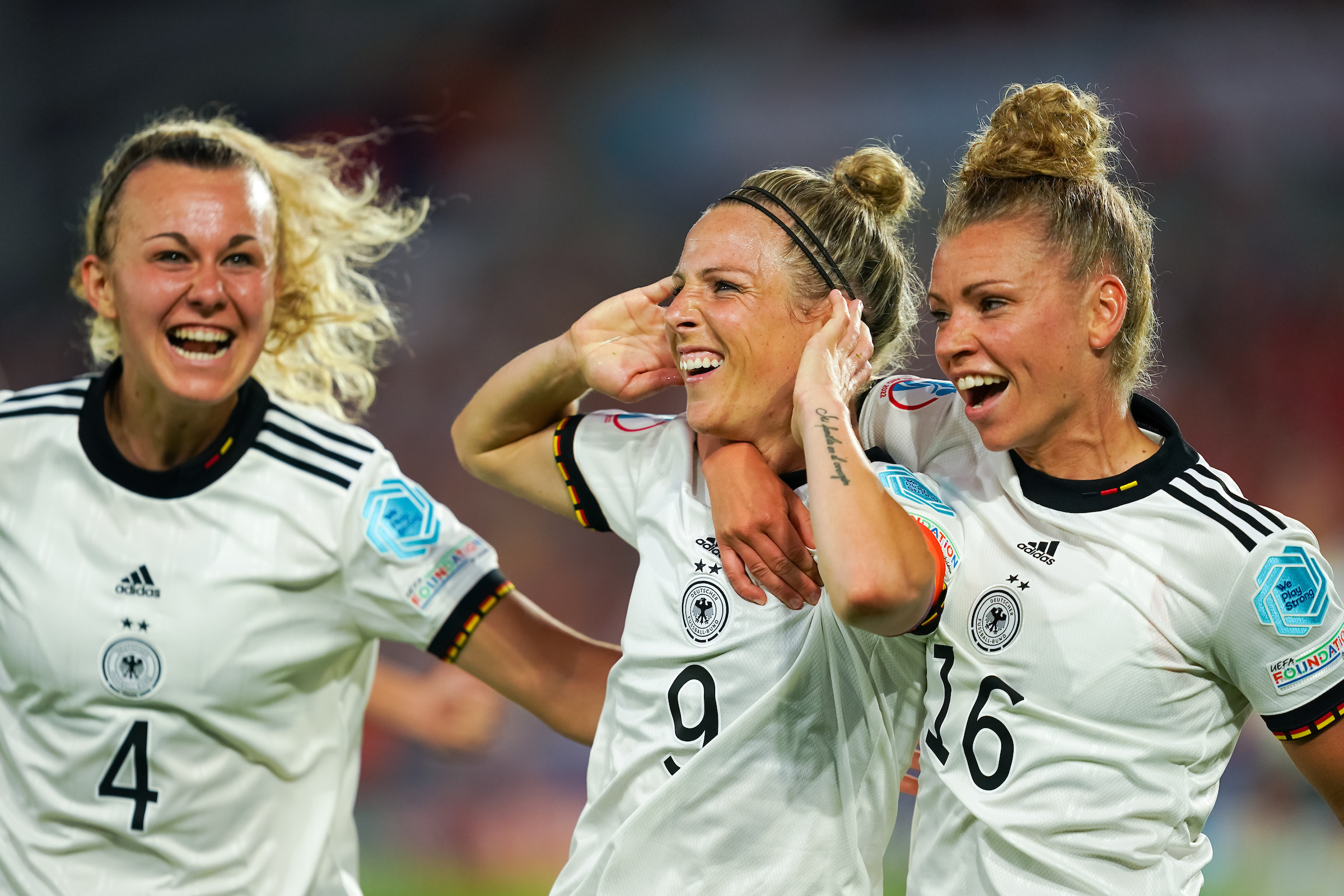 Before the completion of EURO 2022’s group stage, Germany assured themselves of top spot in Group B and a favorable quarterfinal tie against Austria or Norway. Beating Denmark and Spain, Martina Voss-Tecklenburg’s side has maximum points, with six goals scored and zero conceded. They look like serious contenders for the title.

For those who know their women’s soccer history, this will feel familiar. Germany won eight of the first 12 EUROs, including six in a row between 1995 and 2013. They are one of just two European nations to win the World Cup and Olympic gold medal (the other is Norway), and were the first to win consecutive World Cups (the United States, under Jill Ellis, achieved this later). Die Nationalelf are one of few national teams to have been consistently successful over a period of decades.

And yet, their performances early on in this year’s EUROs come as a surprise.

For all their history and prestige, Germany’s women’s team had — by their standards — fallen on hard times. At EURO 2017, they huffed and puffed through the group stage before being knocked out by Denmark. At the 2019 World Cup, they reached the quarterfinals before bowing out to Sweden. They consequently failed to qualify for last year’s Olympics.

They reached this summer’s EURO’s with ease, but recorded some underwhelming results going into the tournament. There was a winless friendly campaign in the Arnold Clark Cup, where they finished bottom behind England, Spain and Canada. Then in April there was a shock 3-2 defeat away to Serbia in World Cup qualifying.

Access the best women’s soccer coverage all year long
Start your FREE, 7-day trial of The Equalizer Extra for industry-leading reporting and insight on the USWNT, NWSL and beyond.
Subscribe
Existing Users Sign In Here
Related TopicsEURO 2022ExtraFeaturedGermany