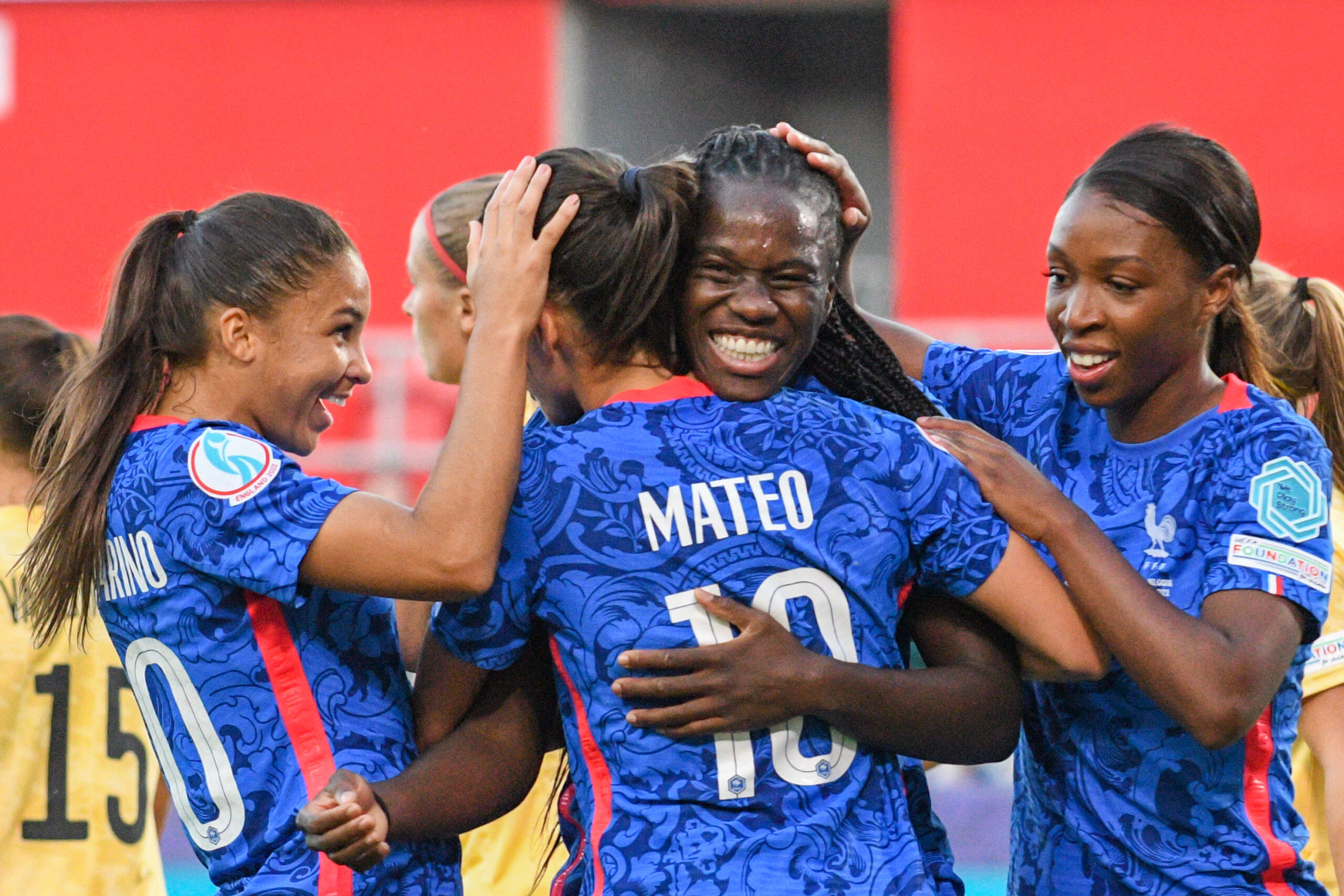 After France’s 5-0 drumming of Italy it was expected that this game would be another blowout but Belgium had other ideas. Kadidiatou Diani would put the French ahead early when she perfectly headed in Sakina Karchaoui’s cross at the back post. But Belgium, with their lone chance of the first half, would equalize through Janice Cayman on a brilliantly executed counterattack.

France would get another go ahead goal late in the first half, this one eventually being the game winner, from Griedge Mbock Bathy. Once again the goal would come from a header, this time fired into the back of the net by a poorly marked Mbock Bathy, off the cross from Clara Mateo after some terrific footwork to make space for herself.

If you look at the stats, France were undeniably the better team, creating nearly 30 chances and maintaining 60% of the possession, but they failed to put the chances away and thus the game to rest. Belgium had their chances to come back once again and equalize but they were too few and far between.

There was late drama in the last minutes of regulation as France were awarded a penalty kick for a handball in the box spotted by VAR. The handball also resulted in a second yellow, and then red card, for Amber Tysiak. But once again France would fail to convert as Nicky Evrard would make her second PK save of the tournament. The rebound came straight back to Wendie Renard but she slipped and put it wide. France got the win in the end but they will likely be dissappiointed with their lack of efficiency in front of goal.

Iceland took the lead in this Group D match just three minutes in. The goal came off a Sveindís Jane Jónsdóttir long throw in, something she is well known for, when Italy won the first ball but Iceland won the second and third balls, giving Karólína Lea Vilhjálmsdóttir the chance to perfectly place the ball top corner and put Iceland ahead early.

Poor set piece defending by Italy was a theme throughout this match and they were incredibly lucky to not be punished more than this one time. Another chance came for Iceland 61′, again on a set piece, but from just a couple yards out they put the chance wide. This came back to bite them as just a minute later Italy would score the equalizer. The set up came from Barbara Bonansea who came on as a halftime substitute and immediately cemented herself as Italy’s best player of the match, providing the cutback ball on the second attempt that Valentina Bergamaschi placed in the back of the net.

After a poor first half the second 45 was signficantly better from Italy, increasing their quick movement of the ball and improving their set piece service. They would create more chances from this quick combination play that could have given them the go ahead goal but they were unable to convert. Luckily for them, Iceland missed two golden chances in the last five minutes of regulation and the points were shared. Iceland will be dissappointed with this result as they were arguably the better side and created the better chances and the tie favors Italy who will face Belgium in their final match while Iceland will face incredibly tough opposition in France.