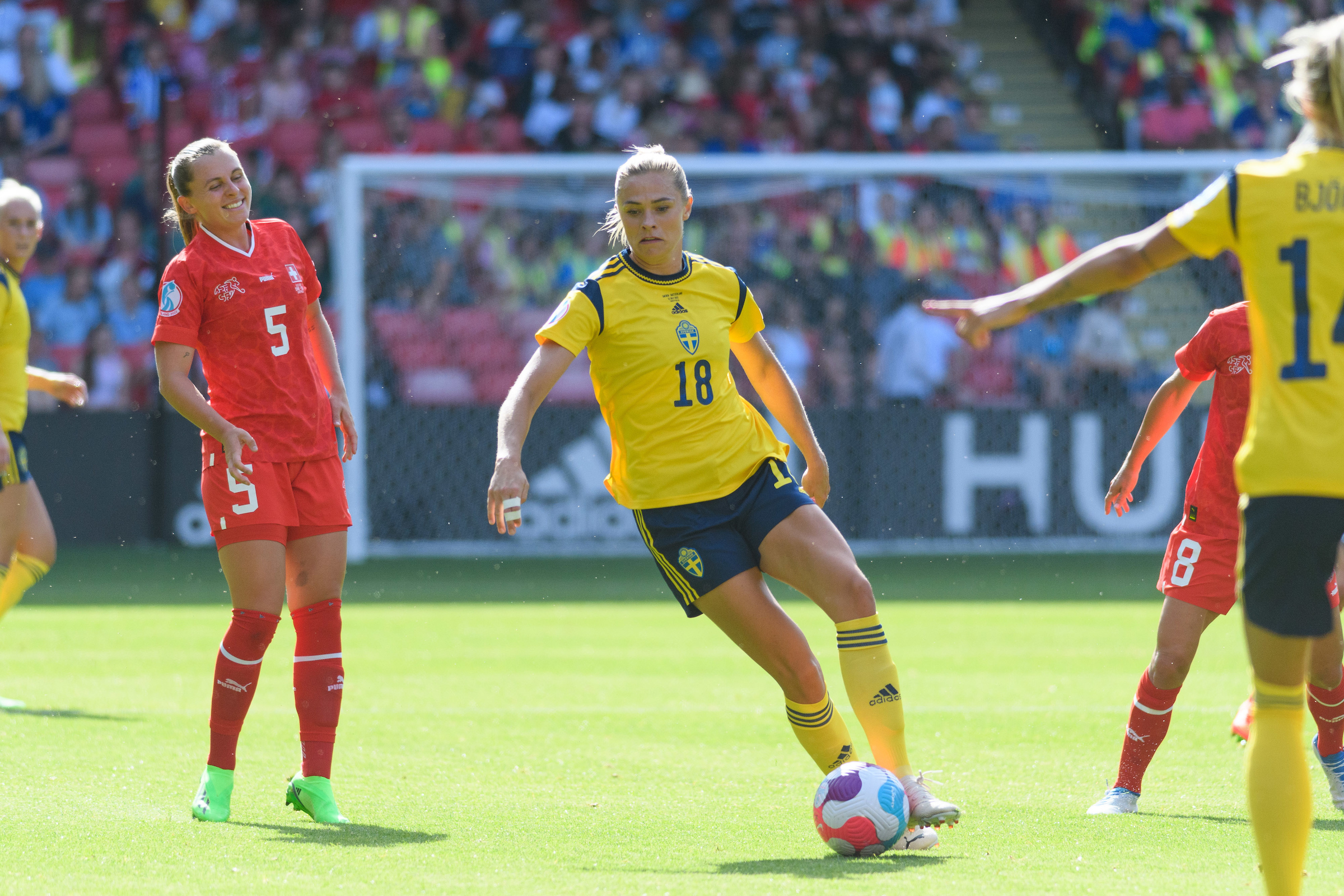 Match day two in Group C kicked off on Wednesday at the 2022 Women’s European Championship.

Sweden had an early scare on Wednesday when Noelle Maritz went down in the box just minutes after the opening whistle. But Sweden’s Magdalena Eriksson breathed a sigh of relief when – after a VAR check – no penalty kick was called.

Instead, after a number of dangerous chances in the first half, Sweden eventually got on the board after the halftime break. Kosovare Asllani was able to split the Swiss defence with a pass, sending Fridolina Rolfö in on goal completely unmarked. She buried her shot past keeper Gaëlle Thalmann.

But just two minutes later, Ramona Bachmann equalized at the other end. A poor punch by Swedish keeper Hedvig Lindahl landed right in the path of Bachmann, who curled her shot in with power.

Just as things looked to be headed for a draw, 19-year-old Hanna Bennison had other ideas. The Swede hit a beautiful first-time strike from the top of the Swiss penalty area that beat Thalmann. The winner was Bennison’s first international goal.

Despite comeback attempt, Portugal fall to the Netherlands 3-2

Just as Sweden had an early scare, so too did the Netherlands. Portugal put the ball in the back of the Dutch goal minutes into the match, but – to the Dutch relief – it was called offside.

The Netherlands went on to score two goals – a header for the opener by Damaris Egurrola, and another header by Stefanie van der Gragt for the second – to take a commanding lead inside the first twenty minutes.

But Portugal’s comeback commenced before the half. After a lengthy VAR review, the referee pointed to the spot, determining that Diana Silva was brought down by Dutch defender Dominique Janssen. Carole Costa stepped up to the spot and slotted it home. And just two minutes after the halftime break, a powerful header by Silva to finish a cross by Costa brought Portugal level.

But some Daniëlle van de Donk magic would spoil Portugal’s fun. The Dutch midfielder hit a stunning, upper 90 strike from outside of the area to earn her side the three points.

The Netherlands were without Vivianne Miedema and Jackie Groenen after the pair both tested positive for COVID in the days prior to the match.