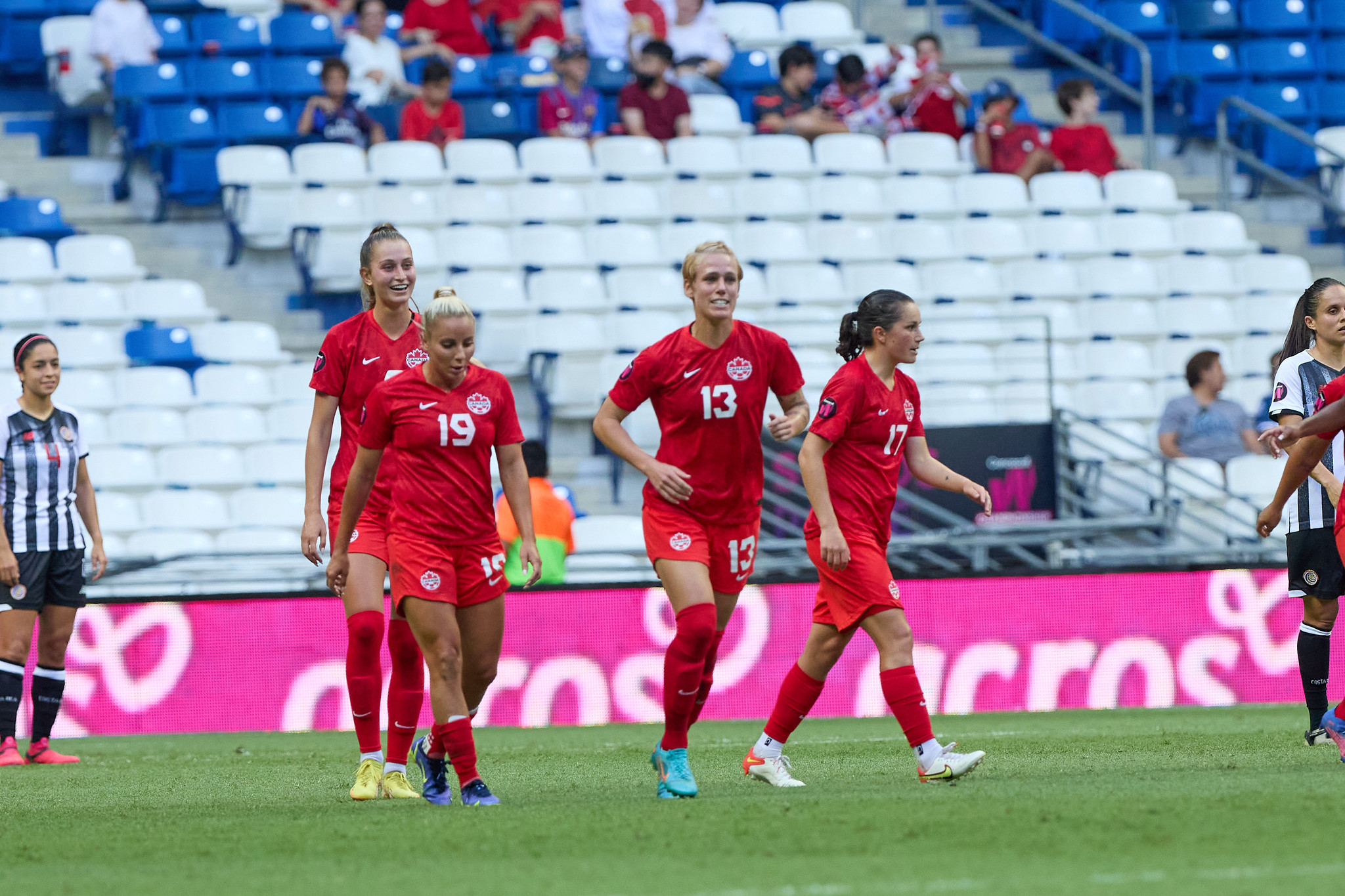 Canada will face their stiffest test of the Concacaf W Championship tournament on Thursday when they play Jamaica in a semifinal match at Estadio Universitario in Monterrey, Mexico.

The winner will advance to the final on Monday to play either the United States. or Costa Rica, with a chance to qualify for the 2024 Paris Olympics on the line.

Canada, the defending Olympic gold-medalists and sixth-ranked team in the world, topped Group B with a perfect 3-0-0 record, scoring nine goals while allowing none. Jamaica, ranked No. 51 in the world, finished second in Group A with a 2-1-0 record, scoring five goals, and allowing five – with all five against coming in the 5-0 loss to the United States.

As Canada prepares for the Reggae Girlz, players like Quinn are fully aware that Jamaica will present offensive scoring threats that Canada has yet to see in the tournament.

“I think we’re really excited to play Jamaica again,” Quinn told reporters on Wednesday. “I think from the last time we played them, they’ve added some really quality players to their roster. They have a lot of players that are now playing in top flights, in both the U.S. and England. I think it’s going to be an exciting match. They’re going to give us some unique threats. That being said, I think we can handle those threats. We’re really excited for another game and another opportunity to qualify for the Olympics.”

The previous meeting between the two countries resulted in a 9-0 Canada win during 2020 Concacaf Olympic Qualifying. Jordyn Huitema scored five goals, and Janine Beckie had a hat trick.

This time around, Canada is expecting a much tighter game. Jamaica has improved on and off the pitch. They have players competing in the NCAA, National Women’s Soccer League, England’s WSL, and Sweden’s Damallsvenskan.

“They’ve got attacking, quick threats that we’ve got to take care of,” Canada head coach Bev Priestman told reporters on Wednesday. “Our back line, you could argue, is world-class… can hopefully cope with that. I do expect them to make it difficult, be compact; we have seen that from them across all the games. As long as we can take care of their threats. Bunny Shaw scores week-in and week-out for Manchester City, big threat. I think if we can bring what we brought against Costa Rica, that level of intensity in terms of winning the ball back, prefacing our style in that sense, it allows us to have more of the ball. If we bring that, then we can take a victory from the game.”

Canada could have their hands full if Jamaica can get out in transition and use their speed to get in behind, and potentially create scoring opportunities.

Shaw is currently tied with Canada’s Julia Grosso for the tournament lead with three goals. Grosso did not play in Canada’s 2-0 win over Costa Rica on Monday.

Canada’s back four of Jayde Riviere, Kadeisha Buchanan, Vanessa Gilles and Ashley Lawrence, has done well to shut down the opposition attack. If they can stay on top of Shaw and her teammates, Jamaica could be challenged to break through with a goal.

Priestman knows that Jamaica’s offense flows through Shaw. Whether she is scoring goals, or setting up her teammates, Shaw is the most dangerous threat for Jamaica

“I think it’s no hidden [secret] that she’s good in the air, can turn, travel with the ball quickly, can link things,” Priestman said. “She can also run in behind. I think that us being aware of the threat and dealing with it, that’s essentially what we need to do. It’s not just Bunny Shaw; there’s players that run off Bunny and feed off her strengths. The good news is some of our players know her well and have dealt with her well, but she is a threat and we have to show that respect as we always do with our opponent.”

The team that can sit back and absorb the most pressure without breaking down and allowing a goal has a good chance of advancing to the Concacaf W Championship final. Canada has shown they can play lock-down defense and score just enough goals. Jamaica is still looking to break through against the Concacaf heavyweights, the U.S. and Canada. They will get another shot on Thursday.

Sweden, Netherlands hold off comeback attempts to earn wins
What’s old is new: Germany, after recent doubts, is a team to fear at EURO 2022