Ugly wins and ugly losses: USWNT moves on as Mexico is left in misery 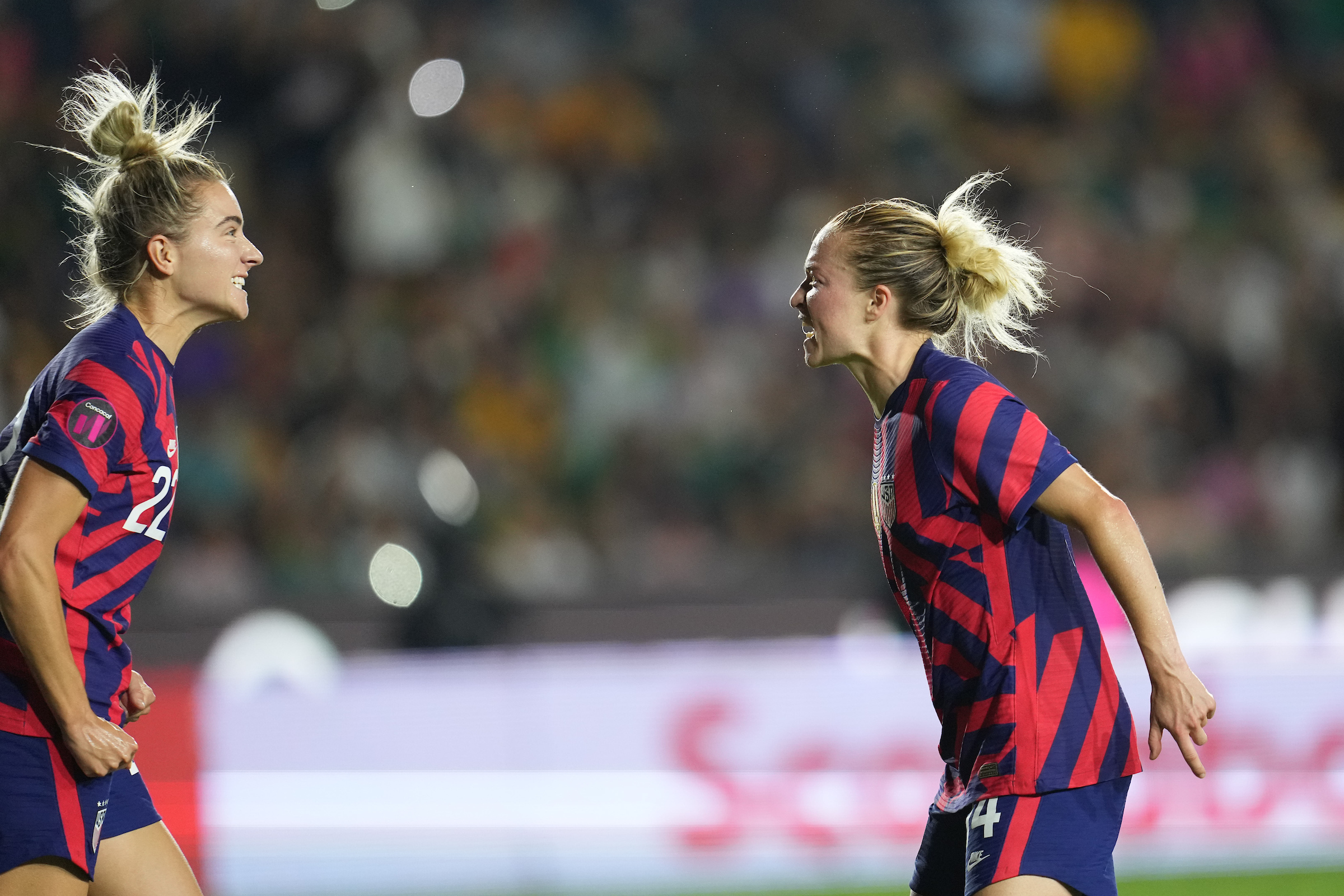 MONTERREY, Mexico — It’s the hope that kills you.

Mexico entered Monday’s meeting with the United States at the Concacaf W Championship in need of a miracle. The hosts of the World Cup/Olympics double-qualifying event flopped in their first two matches, losing to both Jamaica and Haiti. Monday had been the date circled on everyone’s calendars when the tournament draw was made; by the time it arrived, it felt more like a week of infamy in Mexican soccer.

Yet, everything appeared to go the way Mexico needed it to. In the simultaneous Group A game across the city, Jamaica was beating up on a talented but tired Haiti side, ultimately winning 4-0. Mexico, in a defensive shell which offered nothing in attack but managed to keep the game scoreless, needed only one goal to salvage a third-place finish in the group and a trip to next year’s intercontinental playoff.

Lizbeth Ovalle’s red card in the 73rd minute made the task look even more impossible, but El Tri Femenil rallied around the 20,522 fans at Estadio Universitario and nearly got the goal they needed through Jimena Lopez in the 87th minute. Casey Murphy saved the tame effort, however, and two minutes later, Mexico was handed its final dagger of the tournament.

Kristie Mewis scored on a rebound of a scrappy goal, lifting the U.S. to a 1-0 victory. Eight minutes of stoppage time merely prolonged the inevitable, and Mexico exited the tournament without zero points and zero goals scored.