Kassouf: Will the NWSL ever respect the international match calendar? 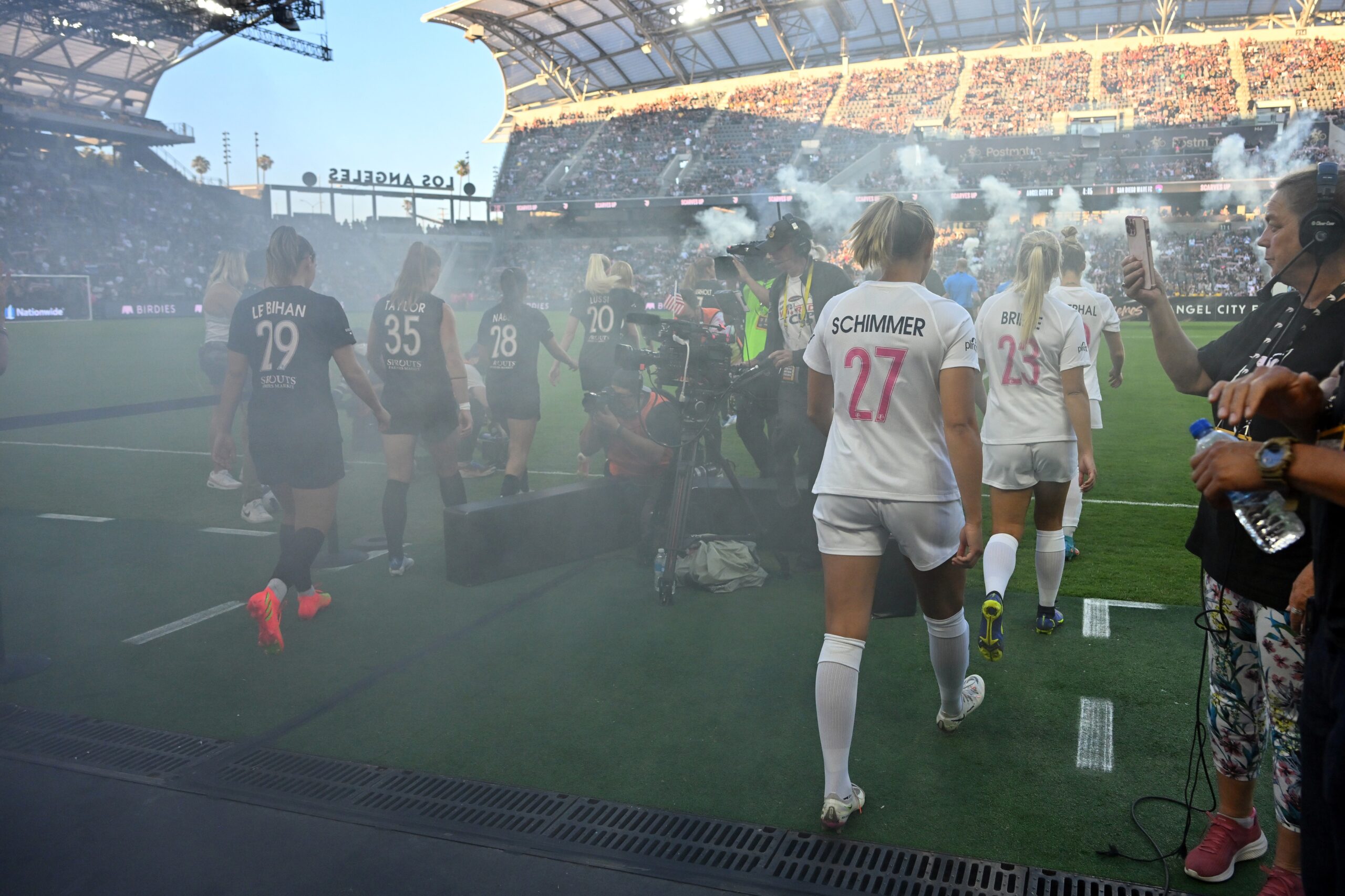 If you forgot the National Women’s Soccer League was playing games right now, you’d be forgiven.

As the world’s eyes turn to other corners of the globe for the busiest month in women’s soccer, the NWSL, as it has done since inception in 2013, just keeps on playing.

Gone are dozens of the league’s top players to compete in the European Championship, as well as World Cup qualifying events for the Americas (both Concacaf and CONMEBOL) and Africa (CAF). Oceania also begins World Cup qualifying this month. Asia is the only confederation in the world right now not hosting a major tournament.

Yet, this past weekend, two of the NWSL’s biggest regular-season matches of the year were on the schedule for back-to-back days, a scheduling problem compounded by their lack of visibility for TV viewers. San Diego Wave FC visited Angel City FC on Saturday for a riveting California expansion derby in front of a sellout crowd of 22,000 fans. It was the first time the teams met at Banc of California Stadium, and it was every bit the spectacle it was hyped to be, with the Los Angeles side scoring late to grab its biggest win to date over the surprise league-leaders. Claire Emslie scored the game-winning goal in her debut, moments after her team was reduced to 10 players.

Playing with Grace: France’s ultimate team player finally gets the spotlight
Ugly wins and ugly losses: USWNT moves on as Mexico is left in misery