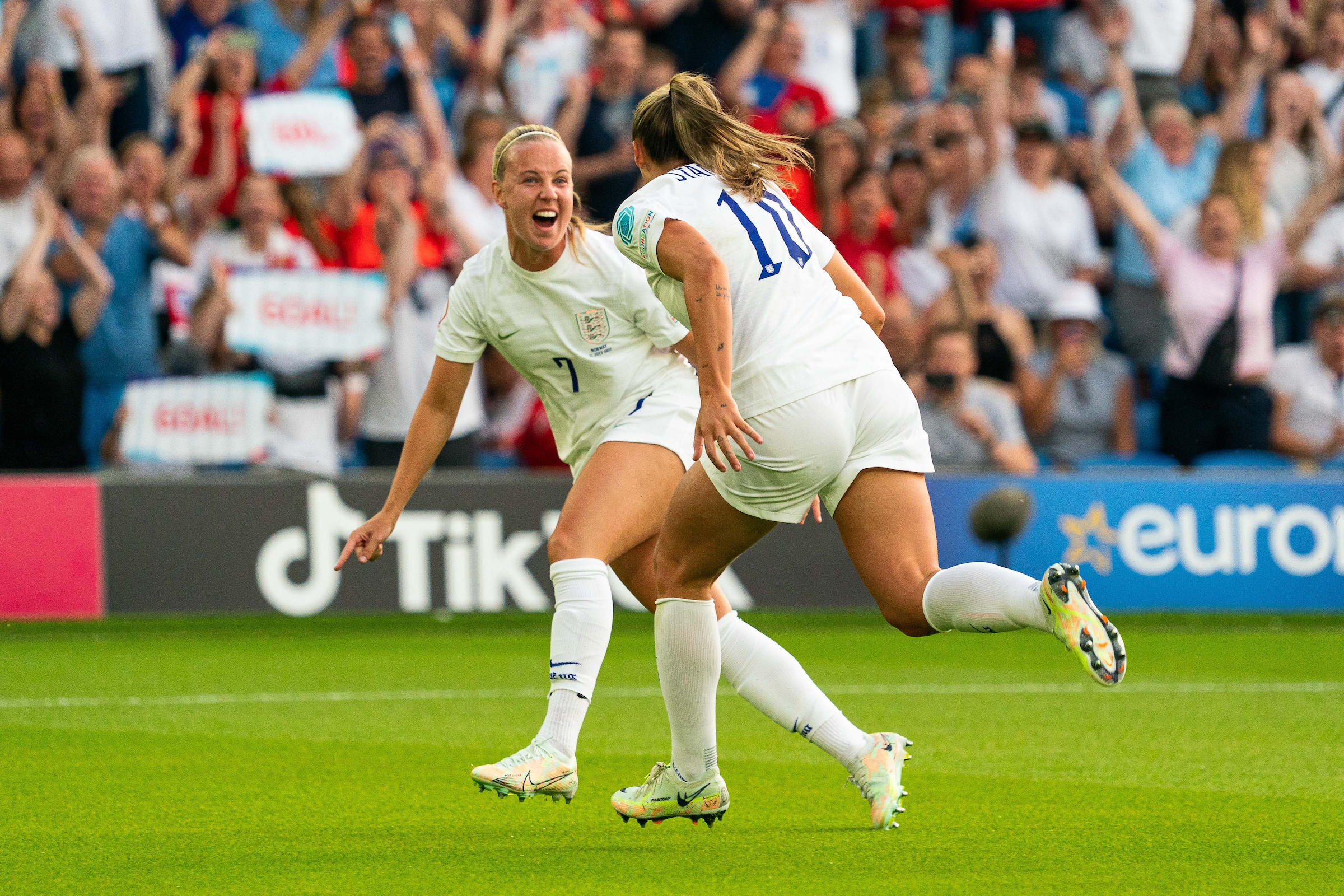 When England were putting up these kinds of results leading up to this tournament many people said it would not translate against stronger opponents but this result blew everyone out of the water. They struggled in their first match, only defeating Austria by one goal, but just two games in they have secured their advancement to the knockout stages and made a statement in what was expected to be their toughest match of the group stage. It took just over ten minutes for England to take the lead when Georgia Stanway confidently converted a penalty kick, rifling it top corner, giving the keeper no chance. Not even five minutes Lauren Hemp doubled their advantage, tapping home a Beth Mead cross from close range with no resistance. Norway put up a little bit of resistance but after England added a third 29′ it seemed like all their fight went out the window. The third goal came from Ellen White after she dispossessed a defender close to the 18-yard box and finished 1 on 1 against the keeper. Just four minutes later, Mead would score her first of three on the night, heading home a pinpoint cross from Lauren Hemp. Another four minutes later, and we’re starting to sense a theme here, Mead added her second, carving through the defense in the box and scoring with ease. While the move from Mead was brilliant, the lack of defenders stepping to challenge her really showed the sense of surrender from Norway. A couple of minutes later Ellen White would score her second and a shocking sixth of a half, flying in at the back post to hit home a cross from Fran Kirby.

Ok quick breath after that breathtaking first-half performance. What made the performance even more impressive is that they didn’t let up in the second, they didn’t score a blistering six, but unlike France who only scored in the first half in their big victory, England added two more in the second half. Poor marking in the box is a story yet again as Alessia Russo was able to head home a cross from Lucy Bronze largely unchallenged. And then, 81′, Beth Mead would complete her hattrick with a simple, unchallenged, finish off the rebound of the goalkeeper’s save. This completed the record-breaking victory, the biggest ever margin of victory in the European Championship. You can watch all the goal highlights below.

Austria put on a strong performance, constantly challenging Jackie Burns in net. The opening goal would come 19′ off a free-kick, the delivery from Sarah Punitgam was driven into the box, took a deflection, and right-back Katharina Schiechtl diverted it past the keeper with a deft touch. To Northern Ireland’s credit, they grew into the game, creating a decent number of chances but not typically getting them on frame.

With Northern Ireland’s struggles to score, Austria put their win in no doubt when Katharina Naschenweng added a second goal in the dying minutes of the second half, collecting Puntigam’s long pass and firing it past the goalkeeper. Austria will round off their Group A campaign with a potential winner-takes-all match against Norway on Friday.