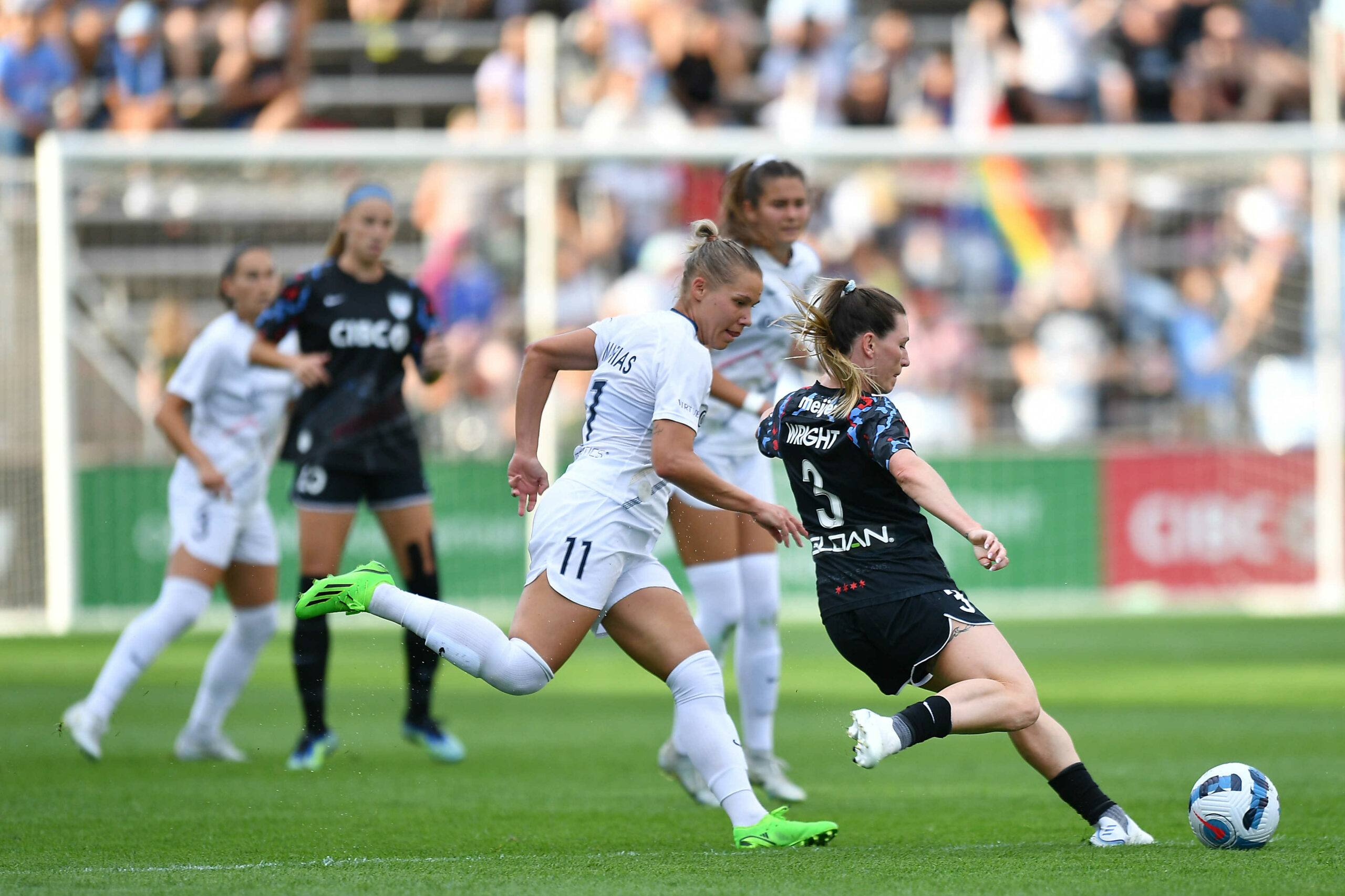 The Kansas City Current and Washington Spirit kicked off the first of three NWSL matches on Sunday night, with the Current picking up a road win and Washington continuing to suffer a nightmare season. The night’s two other matches, OL Reign v. Portland Thorns and Chicago Red Stars v. North Carolina Courage, also resulted in draws, with the latter result much more controversial than the former.

The Skinny: North Carolina led Chicago for the majority of Sunday night’s match and were on pace to take home a much-needed win, but the Red Stars’ two staggering stoppage-time goals enabled them to force the draw with the Courage.

One Key Moment: Sarah Griffith’s 91st minute goal and Amanda Kowalski’s 95th minute equalizer for Chicago were unforgettable, but the true key moment was a foul against North Carolina in the 94th minute that went unchecked by the referee. If that foul had been converted into a penalty kick, Chicago’s comeback would have had a profoundly different effect on the game’s result.

Inside the Game: Coming into Sunday night’s match, the Chicago Red Stars had an eight-game unbeaten streak, and they were intent on extending it to nine. The North Carolina Courage, on the other hand, have been stuck at the bottom of the NWSL table since the start of the season; simply put, they just wanted a win.

And it looked like a win would be exactly what they’d get. A chaotic scene in front of Chicago’s goal in the 22nd minute led to Carson Pickett’s first ever NWSL goal and a 1-0 lead for North Carolina. Courage teammate Brittany Ratcliffe followed suit in the 49th minute to bring the lead to 2-0, and the Courage held onto this lead for the remainder of regular time.

In the 91st minute, however, Red Star Sarah Griffith bumped the ball over the keeper’s head to spark a Chicago rally. In the consequential final four minutes, a seemingly-extended stoppage time period and a foul on North Carolina that went unchecked allowed the Red Stars the time to find the back of the net again. The final score of 2-2 was a celebration for Chicago, a brutal disappointment for North Carolina, and a cause of distress for many NWSL fans, who have been growing deeply concerned with the quality of refereeing in the league.

The Skinny: The Cascadia rivalry always delivers drama and this match was no different. In front of over 9,000 fans, the teams fought to a 2-2 draw that really could’ve gone either way if it weren’t for some goalkeeping heroics on both ends.

One Key Moment: After Portland took the lead in the second half the Reign were really struggling to create chances so this equalizer came somewhat against the run of play but was brilliantly done by Bethany Balcer on the finish and Veronica Latsko on the service.

Inside the Game: The first 15 minutes of this match were complete chaos. The opening goal was a bit of a weird one where Reign defender Phoebe McClernon appeared to slip in a very unfortunate matter and poke the ball past her own keeper. But this wouldn’t keep the home side down for long as less than a minute later Olivia Athens, in her first professional start, would score her first professional goal to tie things back up.

The first half continued as a back-and-forth affair where the teams were quite even other than Portland taking a couple more shots. The second half was Portland’s half, they were creating chance after chance and really putting pressure on the goal. Hina Sugita would score just 15 minutes into that half to give Portland the lead. The service from Megan Klingenberg was absolute class but the Thorns having multiple players unmarked at the back post was a major error by the defense.

After scoring that goal Portland seemed content to hold onto that lead while the Reign worked hard to get themselves back into the game, at first struggling to find their offense but eventually equalizing through Balcer. They had two huge chances to take the lead from Jess Fishlock but one was called offside and the other brilliantly saved by Bella Bixby. In the end, a draw is a fair result for how the two teams played.

The Skinny: After a quiet first half between Washington and Kansas City, the Current took the lead in the 72nd minute and defended a stoppage time penalty kick to take home the win.

One Key Moment: In stoppage time, just when the game looked settled, Washington Spirit forward Tinaya Alexander drew a foul down at Kansas City’s goal, resulting in a penalty kick and a last minute chance to equalize. But the Current’s goalkeeper AD Franch not only guessed right to make the first save, but pounced on the rebound too, to keep the sheet clean for her winning side.

Inside the Game: On Sunday night’s matchup between Washington and Kansas City, both sides had distinct and discrete objectives. Washington, sitting in 11th place at the start of the match, desperately wanted to move up the table, but upward mobility has been a challenge for this team all season, even before they lost seven players in July to international duty. Kansas City, on the other hand, was eyeing maintenance – after a rough start, they’ve found their groove mid-way through the season.

The first half was quiet, with neither side emerging as the clear favorite. There was a notable lack of forward action all around, as neither side had a single shot on target in the first 45. That changed in the second half, however, when Kansas City’s Cece Kizer scored in the 68th minute and handed Washington the challenge they wanted least.

Washington rose to the circumstances, however, and when young striker Tinaya Alexander got obstructed and fouled during a stoppage time breakaway, she was awarded a penalty kick. But Kansas City’s keeper Franch – perhaps the woman of the match – stopped both the shot and the rebound to fend off Washington’s attempt at equalizing. The result ultimately contributes to the patterns both teams have established over the last few weeks, as Kansas City rides a steady upward trajectory and Washington – now in last place – is desperate to turn this sinking ship around.