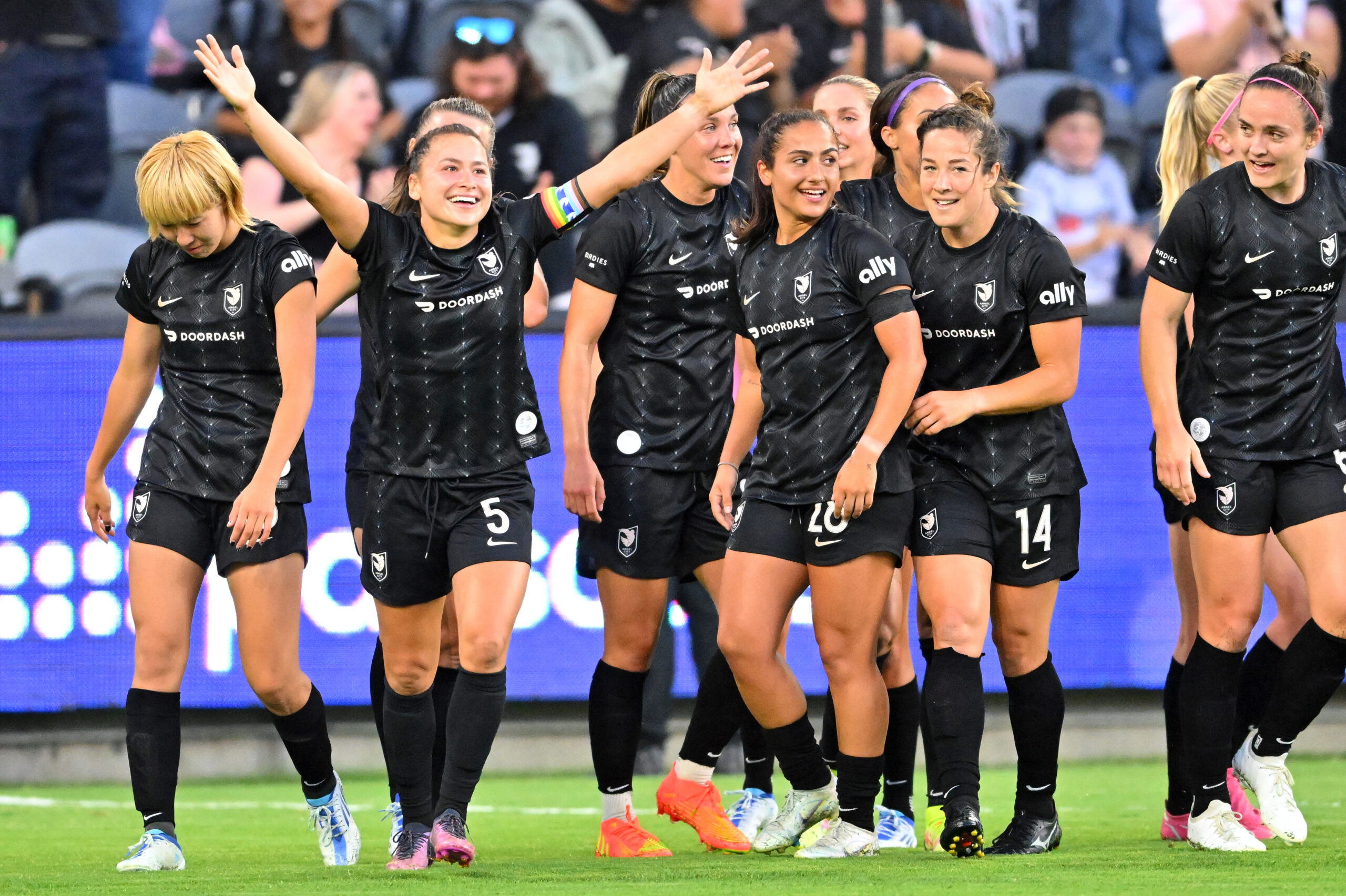 Just one National Women’s Soccer League match was played on Saturday, but it was a stunner played in front of a sold-out crowd of 22,000 at Banc of California Stadium.

The Skinny: This game delivered classic NWSL After Dark energy. Ali Riley, captain of her hometown club and longtime NWSL player, scored her first-ever goal in the league to give her side the early lead when they played a dominant first half.

But their Southern California rivals would make some good adjustments in the second half to come back and equalize in the 60th minute, through Kristen McNabb.

Now this is when things started to get dramatic. Twenty minutes after that equalizer, Tyler Lussi, an attacker who has been playing at outside back for LA, was given her second yellow card of the match, a red, and sent off. Her absence in Angel City’s next match will be major but the immediate concern was closing out the last ten minutes of a match where things were tied up and San Diego had the momentum. Not even two minutes later, Angel City took the lead through Claire Emslie who came on for her club debut after halftime.

San Diego had multiple really good chances after that go-ahead goal but a combination of terrific saves from Didi Haracic and passionate team defense, lifted by the atmosphere created by their fans, saw them hold on to take all three points and defeat the current league leaders.

One Key Moment: Playing with only ten on the field, Angel City were desperate to hold on to their slim lead, but this was San Diego’s moment. This was their best chance of the last ten minutes and the one that could’ve tied this game back up but Didi Haracic came up huge with the save. Not only did this save the result, but it also helped to hype up the crowd and her teammates to close out the game, but more specifically to defend the several ensuing corner kicks after this. Chance after chance was peppered at the Angel City goal but they held on.

Inside the Game: Angel City took their chances and San Diego didn’t. It’s a story we see over and over again but it’s true. The Wave took a whopping 18 shots, with only four on target, while the home team took half as many shots with the same number on target. When you have less possession and then go down a player that is what you have to do, make those few chances count, and that’s what their clinical finishing did. Angel City also played solid compact defense, not often allowing themselves to get broken down, other than with Katie Johnson’s brilliant pass to set up the equalizer, but they otherwise frustrated the Wave into aimlessly crossing the ball. But a lot of this game was about momentum, and having 22,000 fans cheering them on certainly helped give that momentum to LA. If you weren’t able to catch the game on Saturday it is one that is worth going back to watch.