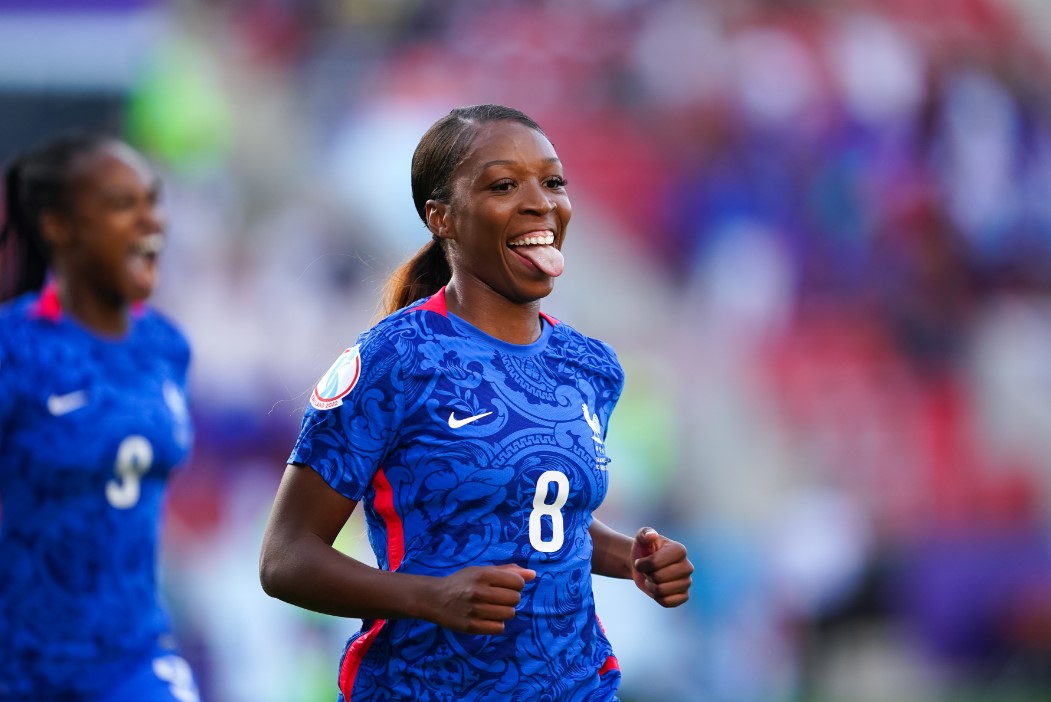 The final group kicked off on Sunday at the 2022 Women’s European Championship. Group D action saw Belgium and Iceland play to a 1-1 draw, while France emphatically defeated Italy, 5-1.

Grace Geyoro scored a first-half hat trick as France put five goals past Italy in the opening 45 minutes, winning 5-1 in their Group D opener at EURO 2022.

Delphine Cascarino scored in the 38th minute, and Geyoro scored twice more before halftime in the most emphatic half of French soccer in recent memory.

Martina Piemonte scored a consolation goal off the bench for Italy in the 76th minute.

Belgium comes from behind to draw Iceland

On Sunday afternoon, Belgium and Iceland opened their tournaments at Manchester City Academy Stadium. Iceland had the best chance of the first half, when the outstretched arm of Belgium’s Davina Philtjens made contact with the ball in the penalty area. The referee checked the play using VAR, then pointed to the spot. But the penalty – taken by Iceland’s Berglind Bjorg Thorvaldsdóttir – was quite poor. Keeper Nicky Evrard guessed the right way, dove to save the attempt, and was able to hang onto it.

The teams headed into the break fairly level, each with one attempt on target.

Thorvaldsdóttir was able to redeem herself just minutes after the halftime break, when she headed in a cross from Karólína Lea Vilhjálmsdóttir to give Iceland the lead.

But another penalty kick was in the cards on the day, this time at the other end. This time, Gunny Jónsdóttir brought down Elena Dhont, and Justine Vanhaevermaet stepped up to the penalty spot. She sent her penalty down the middle to beat Iceland keeper Sandra Sigurðardóttir for the equalizer.

Vilhjálmsdóttir had a chance to win the match late for Iceland, her shot sailed just wide of goal.