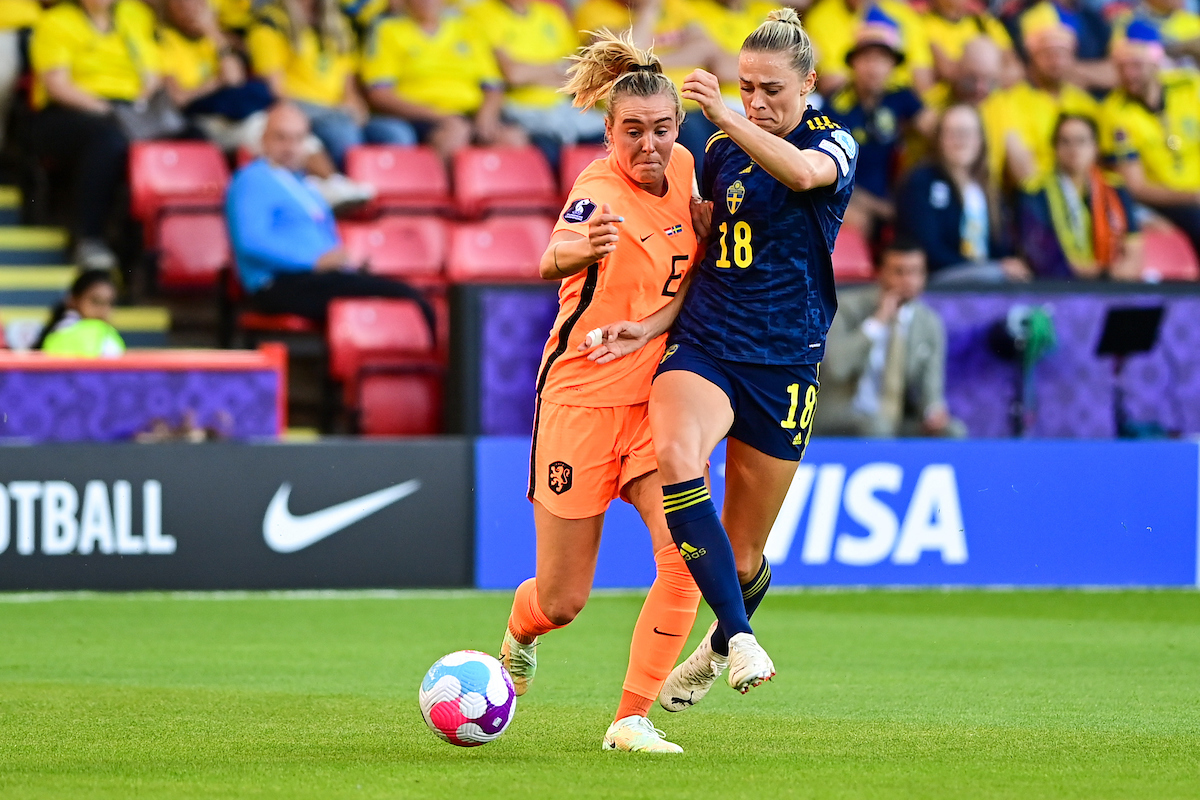 Saturday saw Group C play open at the 2022 Women’s European Championship, and draws were in the cards for both matches.

The nightmare began on Saturday for the Netherlands when starting keeper Sari van Veenendaal was forced to leave the match after just twenty minutes due to a collision. Sweden took full advantage of their strong start, as a nutmeg by Kosovare Asllani put her in a good position in the box to cross to Jonna Andersson, who finished for the opener.

And just minutes later, Netherlands centre back Aniek Nouwen was also forced to leave the match due to injury.

Despite the rough start, the Dutch rebounded in the second half through some Vivianne Miedema and Jill Roord magic. All the way at the centre line, Miedema picked up the ball and drove to goal. The ensuing play saw the ball ping from Netherlands players to Swedes, and it eventually ended up in front of Roord, who finished with a no-look, low shot through traffic.

The reigning champions should walk away satisfied with the point, all roadblocks considered.

It was a tale of two halves on Saturday at Leigh Sports Village. Switzerland opened the scoring just 80 seconds after kickoff, when Coumba Sow’s shot from outside of the 18 made it past Portugal keeper Inês Pereira. And as Portugal would barely have a touch in the following minutes, Switzerland doubled their lead at the five-minute mark through a header by Rahel Kiwic.

After the poor start, Portugal came into the second half on the front foot, and started to knock on the door. Diana Gomes followed up on the rebound to her own header, and knocked the ball into the net to bring her side within one.

And just minutes later, Portugal completed their comeback. Some high pressing forced a turnover close to the Swiss penalty box, and the ball made its way to Tatiana Pinto, who crossed it into Jéssica Silva, waiting to convert at the top of the goal area.