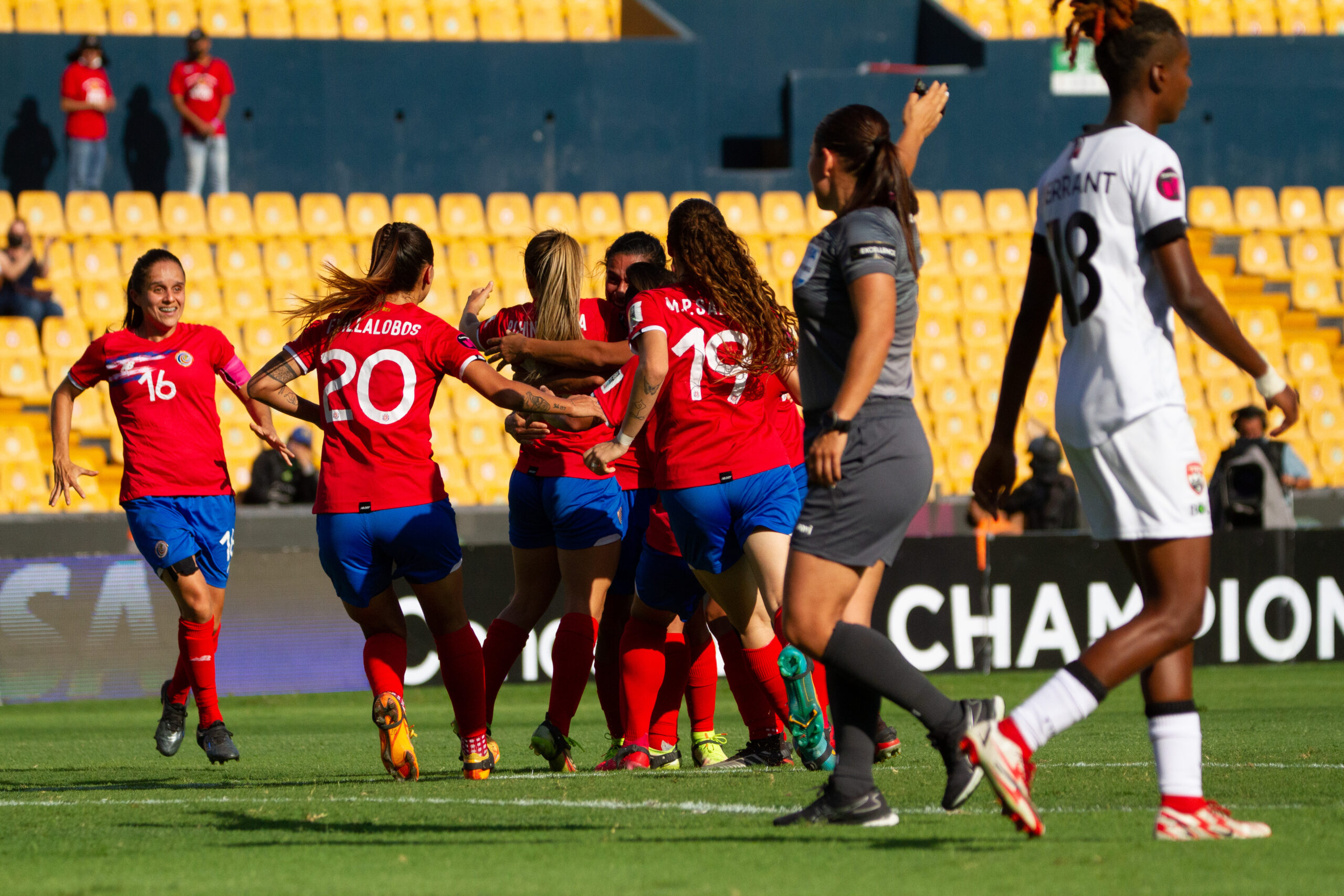 The Concacaf W Championship continued on Friday night, with Group B playing their second of three group stage matches. Costa Rica played to a resounding four-nil victory over Trinidad & Tobago, while Canada took on Panama. These wins cemented World Cup berths for both Costa Rica and Canada, who join the United States in earning automatic bids for finishing top two in their group.

Costa Rica’s dominant performance sends them to another World Cup

The Costa Ricans have gotten off to a terrific start in this tournament, scoring 7 goals and conceding none in just two matches. Their biggest test will come on Monday when they take on the reigning Olympic champions Canada, but for now, Canada’s victory later in the night means they are heading to Australia and New Zealand in 2023. The victors got the scoring going early when Cristin Granados sent a rocket from the top of the box into the back of the net 18′.

Unfortunately for Trinidad & Tobago, their task was made even harder just 4 minutes later when Kedie Johnson was issued her second yellow card of the match and therefore ejected. The Ticas weren’t able to immediately capitalize but they did add two more goals before halftime, 33′ and then 44′. Costa Rica’s second goal was technically an own goal but the incredibly dangerous corner kick service that forced it came from goalscorer Granados, who would also score the third goal after benefiting from a big deflection.

Costa Rica would have plenty more chances in the second half that they failed to convert. Shirley Cruz also came on to make her 100th international appearance. But it did not matter as they already had a strong lead and they added a fourth early in the second half. The most impressive goal of the game came just after halftime from Katherine Alvarado and you just have to watch it because it is brilliant.

The first half of this match was incredibly close and quite chippy. The play was consistently being stopped because of fouls called and both sides were equally guilty of that. Canada did have over 70% of possession in that first half but was unable to convert it into high-quality chances, stifled by Panama’s defensive block. But Canada did not wait around to make changes, bringing in two substitutes at the break and immediately testing Yenith Bailey in net.

Nevertheless, the deadlock continued as Panama’s desperate defending in the box continued to pay off. It wasn’t until 64′ that Canada would finally get their breakthrough from midfielder Julia Grosso. The Juventus player had not scored any international goals prior to the start of this tournament, but she now has 3 and is the tournament’s leading goalscorer. The buildup play from Canada was solid but to some extent it is unlucky for the Panama defender that her attempted clearance landed right at Grosso’s feet, but Gross absolutely made the most of it with a skillful touch past a defender and a quick shot that didn’t give the defense, or goalie, time to react.

While Panama had a strong defensive performance, they created no real attacking chances and relied on their low block. That strategy worked as long as the game was tied at zero but even a slim one-goal deficit couldn’t be overcome by just a couple shots and 23% possession.