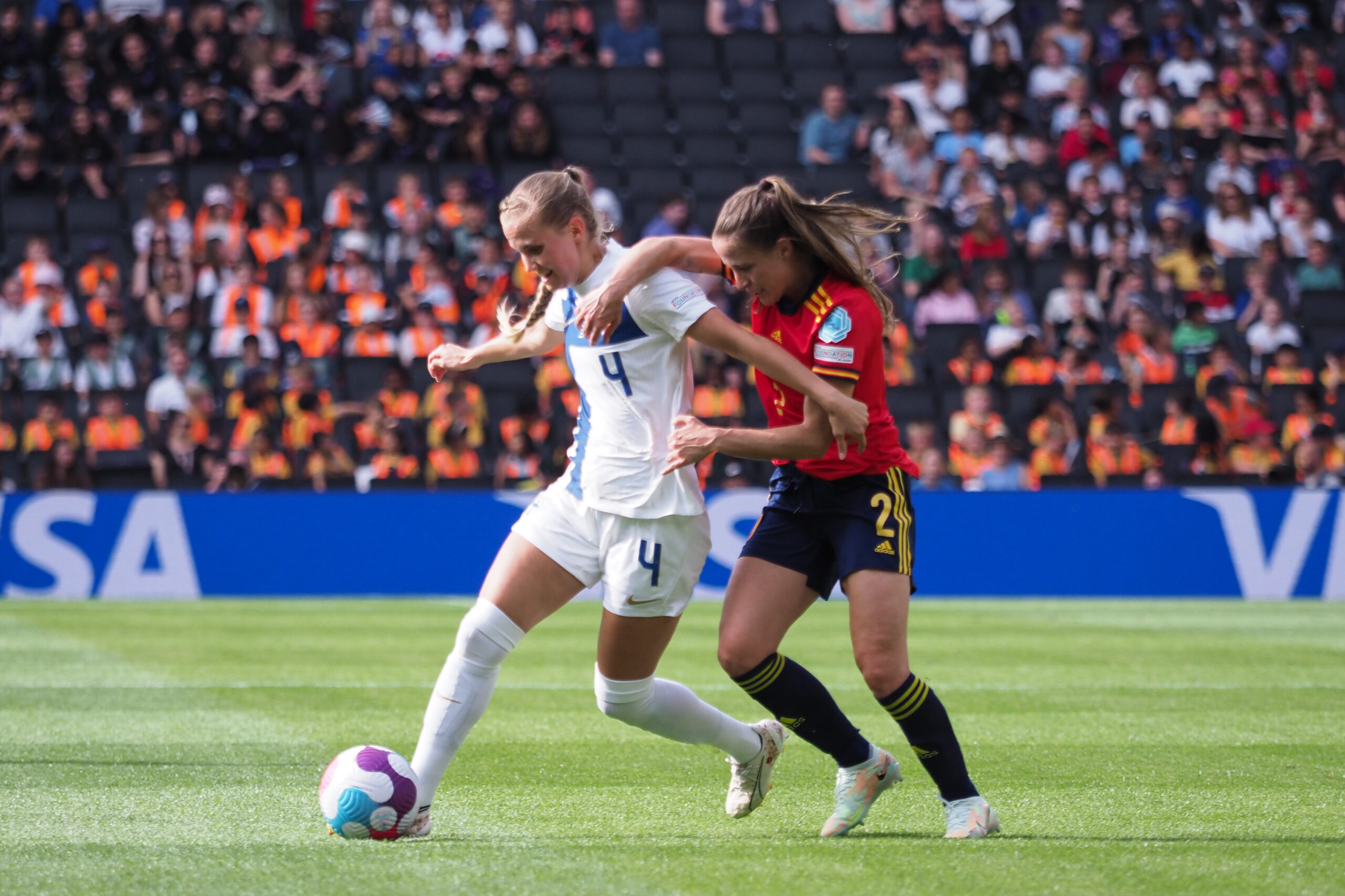 If Spain’s star Alexia Putellas wasn’t on the bench with a knee injury, Spain would’ve entered Friday’s European Championship match against Finland as the unquestionable favorite. However, because Putellas – widely regarded as one of the best female footballers in the world – would be watching from the sidelines, Spain was reduced to the highly likely favorites. Putellas makes a deep impact, but her team should hang on without her.

Or would they? A goal from Finland’s Linda Sällström in the 51st second caught Spain on its heels and cast a doubt on what it could actually do without their star player. And that doubt clearly embedded itself inside the minds of Spain’s starting 11, who only retained about 8% possession of the ball in the match’s first few minutes.

But that lightning fast goal from Sällström would be the last goal Finland would score. Spain found its groove in the 26th minute after Captain Irene Paredes knocked the ball in with her head. Two more goals-by-header followed, by Aitana Bonmati and Lucia Garcia in the 41st and 75th minutes respectively, and Spain’s Mariona Caldentey scored on a penalty kick in the 95th to bring the final score to 4-1. Any doubt sown by Spain in the opening of Friday’s match was ultimately overturned; Spain will remain a favorite going forward in the European Championship, and Putellas will remain their loudest and most enthusiastic fan.

Leading up to the face-off between Germany and Denmark on Friday, the second European Championship match of the day, it wasn’t easy to pick a favorite. Germany has historically dominated in this tournament, but Denmark’s dangerous Pernille Harder is the leading goal scorer in the nation’s history.

But from the start, it was Germany’s match to take home. After a few missed chances from Germany’s front line, due to both the crossbar and impressive saves from Denmark goalkeeper Lene Christensen, Germany found their groove with a goal from Lina Magull in the 21st minute. Germany pressed hard for the rest of the half, and came back in the second 45 with three more goals to ultimately take home a 4-0 win. The fourth goal, notably, was scored by Alexandra Popp, who, despite being considered one of Germany’s all-time best footballers, had never before appeared in a Euro tournament due to injuries.

In all, Denmark put up a respectable fight, but Germany simply gave them too much to handle. Germany is next slated to take on Spain, who won a come-from-behind victory against Finland earlier today. Denmark will face Finland next as the group stage continues.