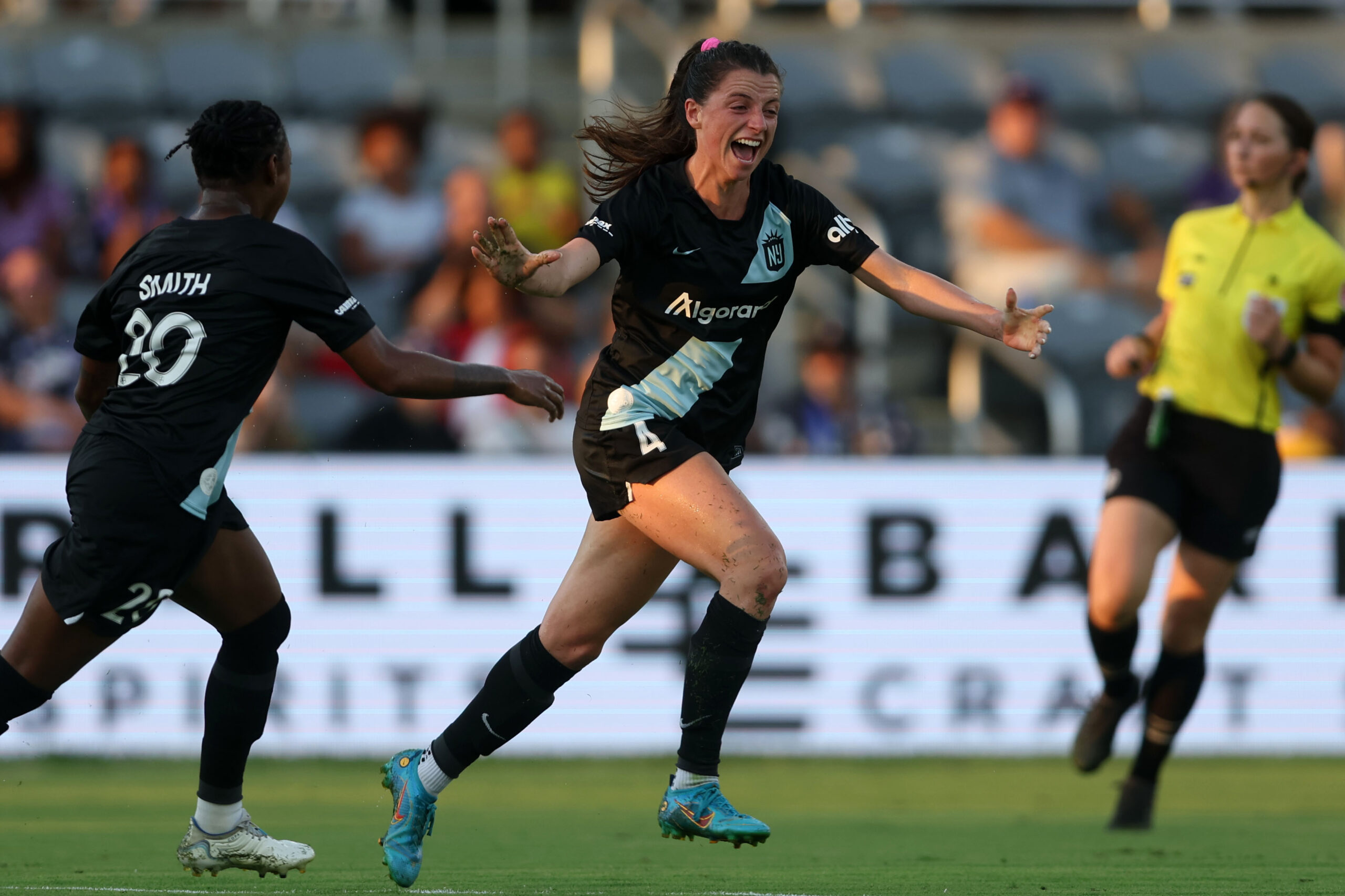 On a very busy Friday night in women’s soccer the National Women’s Soccer League played two matches, kicking off with Houston at Orlando, and ending in Louisville.

The Skinny: Taylor Smith’s first goal for Gotham FC delivered the New Jersey side a 2-1 away win at Racing Louisville on Friday night. The win snapped a three-game losing streak for Gotham, all matches in which they were shut out. When Paige Monaghan gave them a 1-0 lead in the 25th minute it snapped a 364-minute scoreless drought that established a club record.

The lead did not last though as Savannah DeMelo carved her way through the Gotham defense after anticipating a Mandy Freeman cross-field pass and winning possession in an attacking position. That marked the first Gotham match this regular season in which both teams have scored.

Smith scored the winner on a feed from Nahomi Kawasumi who stole a Racing outlet pass. Louisville are now winless in five games since winning at Gotham on May 22. Gotham defender Caprice Dydasco made her 50th consecutive regular season appearance, extending the club record she set a week ago.

One Key Moment: In the 12th minute Gotham gave away a free-kick to Racing, a prospect that has proven troublesome to opponents in 2022. Emina Ekic stepped into the free-kick and hit a tantalizing, left-footed blast that curled around the wall and had eyes on the far post. Ashlyn Harris had other ideas though and sprawled to her right to make the acrobatic save. The match was still scoreless at that point but that save kept Gotham on level terms as they fought through being dominated in the early part of the match. Thirteen minutes later they took the lead and played from ahead most of the way.

Inside the Game: Racing struggled to keep Gotham’s forwards from creeping behind their backline. Monaghan’s goal came after another (less dangerous) Racing free kick. Gotham cleared it and after Gotham won a 50/50 ball near the middle of the park, Delanie Sheehan flipped a ball ahead where Monaghan had enough speed to fend off Lauren Milliet and get the shot off. Smith got behind on a counter for her goal but had been played in twice prior only to have those shots saved by Louisville keeper Katie Lund. Many of these defensive breakdowns were the product of turnovers but that remains an issue for the second-year club.

The Skinny: After a very close match, the Orlando Pride finally earned their first home win of this season.

One Key Moment: While the game-winner went down as an own goal, credit to the Pride for making the recycled chance dangerous, and particularly to Kylie Strom for getting her head on it to create problems for the Dash, forcing the goal.

Inside the Game: This match was an interesting one as, though the match was quite close, Orlando created twice as many chances as Houston but with a total xG (expected goals according to the StatsPerform model) of 0.47 compared to the Dash’s 0.59. Darian Jenkins was one of the Pride’s better players in this match, creating the most chances of any player on the team, but unable to beat Jane Campbell in net.