After juggling the Netherlands and Thorns, Mark Parsons enters his biggest moment yet 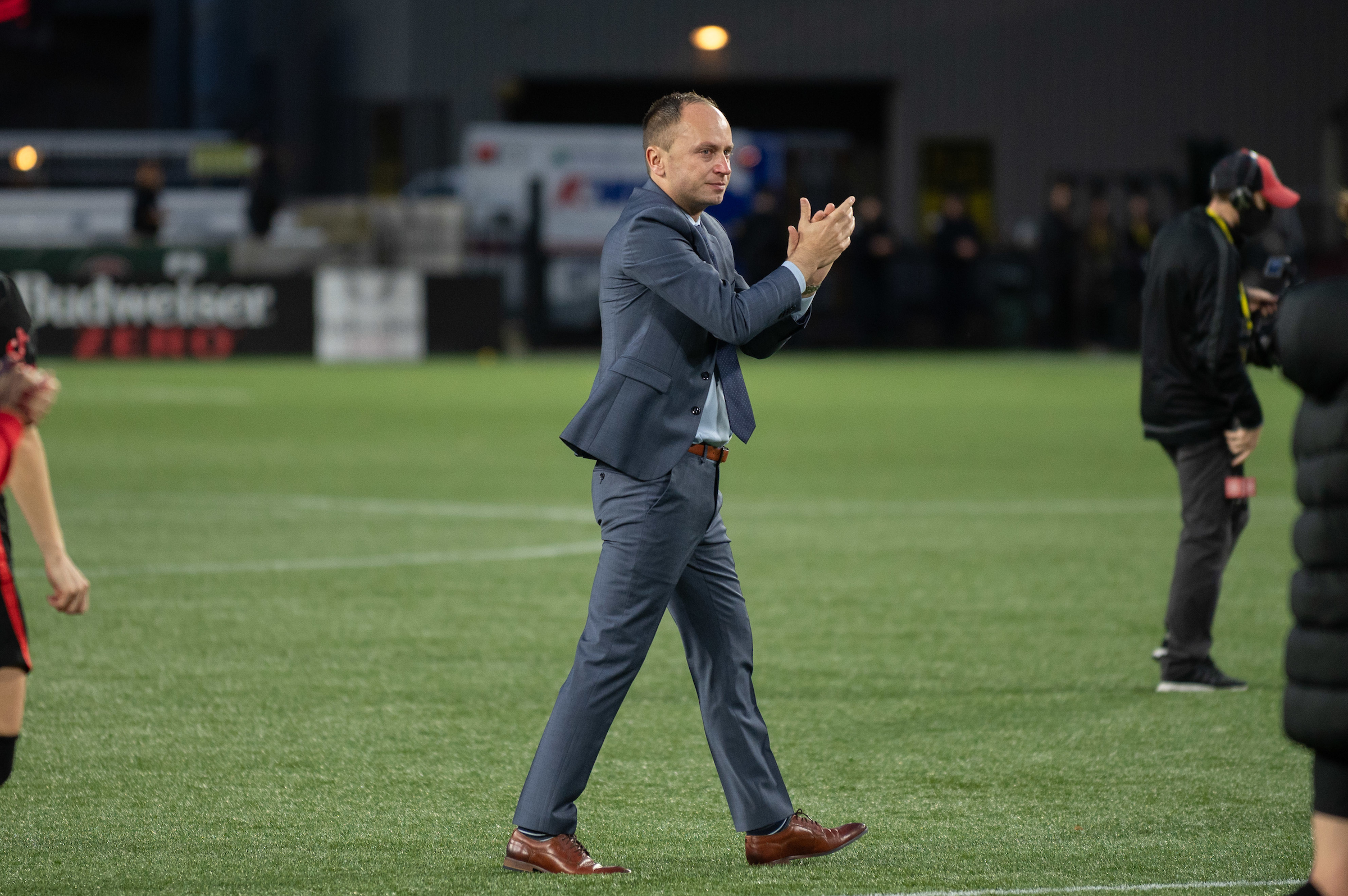 The only way to live, Mark Parsons maintains, is in the present.

It’s an agreeable if not cliché motto, but the point of differentiation for any individual is the execution of it.

For six months, Parsons lived a reality which demanded he do as he says. It was May 2021 when reports leaked that he would become the next coach of the Netherlands women’s national team. Parsons was still coaching Portland Thorns FC, who had just won the Challenge Cup final, and was seeking one more National Women’s Soccer League Championship trophy with the club he had guided to annual success since arriving in late 2015.

For the rest of 2021, however, he would coach Portland while keeping one eye on the Netherlands, trying in each moment to focus only on the team he designated for a given block of time in his 16-hour workday.

“It’s been the hardest challenge of my career,” Parsons first told The Equalizer in November, as his days as Portland coach came to an end.

That was then. On Saturday, Parsons will begin his greatest coaching challenge yet: guiding the Netherlands in its European Championship title defense. The Dutch surprisingly won the tournament on home soil in 2017 and followed that up with a trip to the World Cup final in 2019, losing to the United States. Since then, they’ve been in transition, both from on-field personnel to a complicated coaching change. This is a moment Parsons prepared for, one which was nearly impossible to predict when he got his first shot at coaching in the NWSL nearly a decade ago.