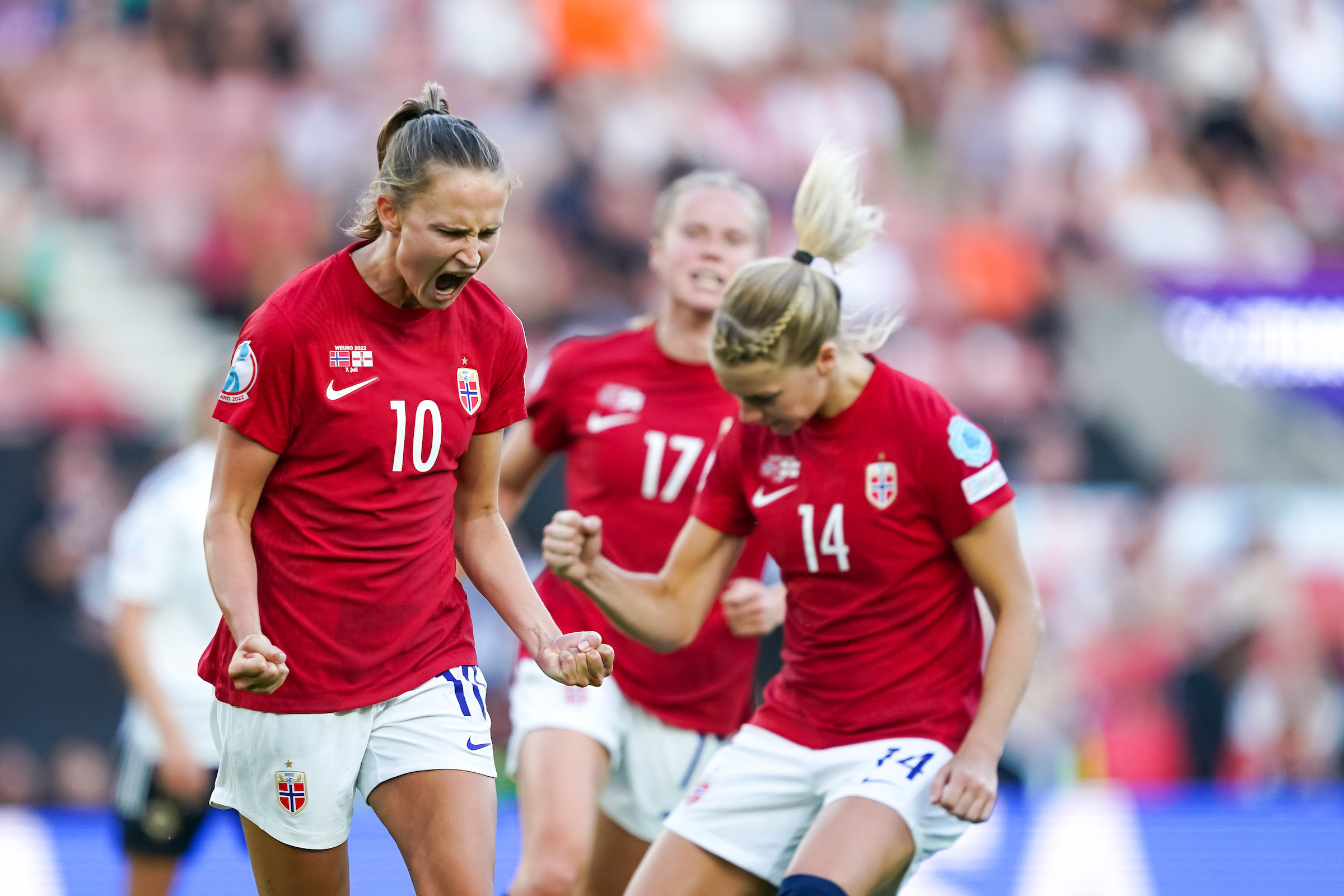 Norway defeated Northern Ireland, 4-1 on Thursday at St. Mary’s Stadium in Southampton, England, in each team’s opening match of the 2022 Women’s European Championship.

Julie Blakstad opened the scoring for Norway 10 minutes into the match on a great finish following a throw-in, and Frida Maanum doubled the lead three minutes later as Northern Ireland coughed up the ball trying to play out of the back.

Caroline Graham Hansen made it 3-0 from the penalty spot after a handball was called in the box, following VAR review.

Northern Ireland had a temporary lifeline four minutes after halftime when Julie Nelson, the team’s most-capped player at age 37, scored the country’s first ever goal at a Women’s EURO.

Four minutes later, however, Guro Reiten scored from a free kick to make it 4-1.

Next up for Norway is a meeting with hosts England on Monday.