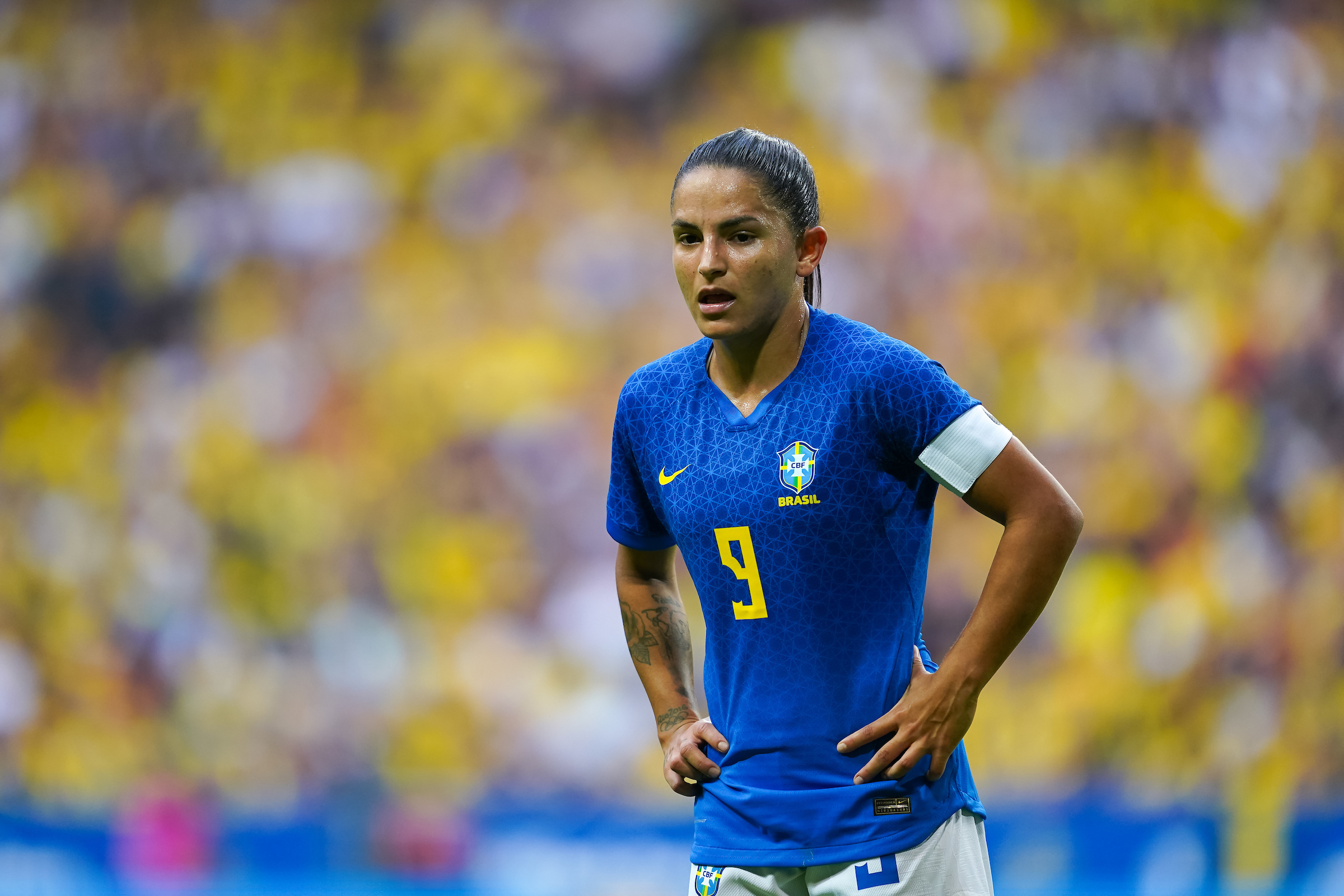 Starting Friday, 10 nations from South America begin competing at the Copa América in Colombia to fight for three automatic berths at the 2023 World Cup and two spots at the 2024 Olympics.

With Brazil as the favorite to grab the trophy, this could be the closest edition yet in terms of competition. Here’s a look at the strongest teams in the competition, and the dark horses who could make some noise in CONMEBOL.

It goes without saying that La Canarinha is the strongest of the nations in terms of women’s football in the continent, after winning seven of the eight editions of the Copa América, including the most recent one in 2018. This is the team to beat.

Without all of Marta, Formiga, and Cristiane for the first time in a decade, the team led by Pia Sundhage faces a generational renovation with the main target of winning the title. There are no excuses for Brazil.

This time around, the voices heard will be from Luana, Debinha, and Tamires while nurturing young talents like Kerolin or Geyse.

Brazil will make their debut Sunday against Argentina in what will be a good measure of what they will be capable of doing in this tournament.

La Albiceleste is the only team to have beaten Brazil in the Copa América, both in matches (two wins in 10 games) and in titles, winning in 2006, allowing them to take part for the first time in the Olympic competition in 2008.

Since the appointment of Germán Portanova as the head coach, replacing long-standing Carlos Borrello (he was at the helm since 1998), Argentina has tried to play a more attacking, possession-based brand of football with mixed results: in the nine official games played since, the won only one (1-0 against Chile) and suffered some heavy defeats like 4-1 against Brazil and 6-1 to Mexico.

The return of Estefanía Banini lifted the spirits in April’s international window but they didn’t play friendlies in the most recent window, so their form going to the tournament is a big question mark. However, they have a solid foundation: Agustina Barroso and Aldana Cometti are the established center-back pairing, Mariana Larroquette and Florencia Bonsegundo are always threatening up front, and there are some young players to pay attention to like Daiana Falfán and Dalila Ippolito in the middle of the park.

After the historic achievement of qualifying both for the World Cup (2019) and the Olympics (2021) for the first time, the big goal for La Roja is to at least repeat one of those feats in Colombia. For that, most of the players from the previous tournaments return, with more experience on their shoulders and some with time spent professionally in Europe.

Chile has a backbone that hasn’t changed in recent times. In goal is arguably the best goalkeeper in the world in Christiane Endler, a recent winner of the Champions League with Lyon. Carla Guerrero and Camila Sáez anchor the back line, Yanara Aedo and Karen Araya are on midfield duties, and María Jose Urrutia and Daniela Zamora are regulars up top.

Nonetheless, recent results have put some doubts in the team, particularly from fans and local media, criticizing José Letelier’s call-ups and tactics. And they have justification: after a spell of one loss in six games between November 2021 and April of 2022, they lost the three more recent matches, including a sterile production against Venezuela, in a 3-1 defeat at home.

If they can overcome the critics and find their groove again, Chile is definitely the second force in CONMEBOL, but there are questions to be answered, and they need to do so quickly.

We can’t forget the locals: Colombia is in a similar place to Chile. The coach is heavily criticized, with Nelson Abadía accused of banning players who are vocal about his ways and the federation. However, the talent at his disposal is plenty, with last Copa América golden boot winner Catalina Usme in their ranks and with the push of the locals, Colombia could find themselves in a good place to return to the international competitions.

The two friendlies against the United States in late June should help cement that fate. Despite the two defeats, great performances from Catalina Pérez in goal, and a more ambitious, attacking setup in the second match, showed what Colombia can do with a positive mindset. With Usme, Leicy Santos, Liana Salazar, and young forwards like Linda Caicedo, they can tear apart any defense.

The mental fortitude is the question for Colombia: a good debut with a win against Paraguay should put them on the right path, but any other result can sow the seeds of doubts and put them in a very tight corner.

With more places than ever available at the World Cup – 32 teams total, at least three of which will come from Concacaf; two more will play in the 10-team global playoff – some teams can surprise those that are not aware.

Uruguay has evolved in the last couple of years, and with the foundation of the Nacional team that got to the semifinals of the Libertadores in 2021, led by young forwards Esperanza Pizarro and Wendy Carballo, they can pull off surprising results. Venezuela is always a promise that is never delivered, but with Deyna Castellanos and Mariana Altuve firing on all cylinders – and after rocking Chile 3-1 in their last friendly – they can finally achieve what their talent always seemed capable of doing.

Some other teams are starting to put more attention to their national teams, like Ecuador, allowing them to play friendlies. Brazilian Emily Lima being in charge there is also a positive. Paraguay, pushed by Jessica Martinez from Sevilla, can give some of the big teams trouble on the right day.

This could be one of the most even, more entertaining Copa América tournaments to date, so don’t miss any action of it and be ready for a surprise or two in Colombia this year.

England’s narrow win over Austria shows room to improve tempo, game management
Why Sweden should be considered the real favorite at EURO 2022