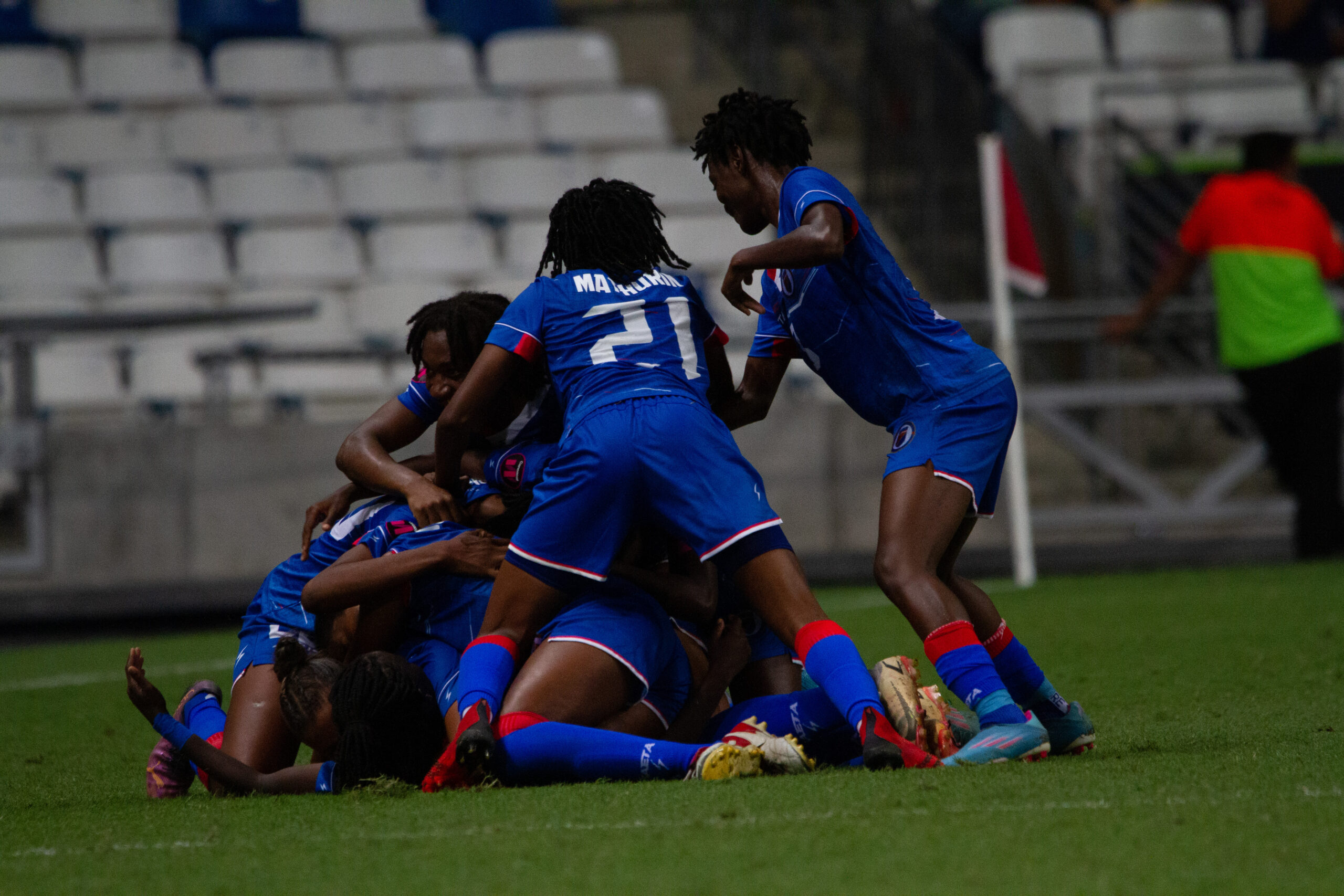 The Concacaf W Championship continued on Thursday night, with Group A playing their second of three group stage matches. The United States earned a 5-0 victory over Jamaica to put themselves firmly atop the group, and after, Mexico took on Haiti hoping to get itself back on course, but was resoundingly defeated.

In the lead-up to Thursday night’s Concacaf showdown between Haiti and Mexico, both teams knew they had something to prove. Haiti had suffered a 3-0 loss to the United States on Monday night, but nonetheless outperformed expectations and established itself as a team to take seriously if it could get past Mexico. And Mexico, on the other hand, underperformed in its opening match, a loss to Jamaica, and falling to Haiti would put its World Cup aspirations in deep, deep trouble.

And deep trouble is exactly where Mexico found itself 13 minutes into Thursday night’s game, after a penalty kick taken by Roselord Boreglla, Haiti’s jack of all trades, gave her team a 1-0 lead. Mexico’s confidence, already shaken by its opening-match defeat, continued to unravel, and it was unable to break through Haiti’s defensive block for the remainder of the half. And as it headed to the locker room, Mexico were counting its blessings that a second Borgella goal had been ruled offside, which kept Mexico from falling two goals behind with just 45 minutes to play.

Mexico then proceeded to start off the second half with more energy, but was still no match for Haiti, who started to feed balls through the Mexico defense to speedy forward Sherly Jeudy. A dangerous foul by Mexican goalkeeper Emily Alvarado in the 67th minute led to another penalty kick that gave Haiti its second goal. Then, as if things weren’t bad enough, a nasty collision near Mexico’s goal resulted in one of the Mexico’s key defenders, Rebecca Bernal, getting carted off the field (the extent of her injury was not immediately known).

Somehow, the worst for Mexico was still to come. Moments after Bernal exited the game, fellow defender Greta Espinoza was handed a red card, and seconds after her ejection, Haiti responded with its third goal of the night, all but ensuring a resounding defeat of the host country in this tournament.

The 2022 Concacaf matches – which provide a doorway to the 2023 World Cup and the 2024 Olympics – is not yet over, and every country still retains some type of chance to qualify for the World Cup. Still, the stunning losses by Mexico mean that Haiti can clinch its first entry to the Women’s World Cup with a tie or victory against Jamaica on Monday, while Mexico would need to beat the U.S. on Monday by multiple goals in order to have a chance to take part in a play-in game for a World Cup spot. But if Mexico loses to the favored U.S. team, it will not have any more chances — it will not take part in the 2023 World Cup. All of these possible scenarios — Haiti qualifying, Mexico being shut out — make the Monday games immensely intriguing.

Coming into this match, after having defeated hosts Mexico in their opening match, Jamaica and Kadisha “Bunny” Shaw looked like a team that could seriously test this U.S. side, but after just a few minutes Sophia Smith put those thoughts to bed. Jamaica got the first shot of the night but after that it was all United States. There aren’t enough words to describe the brilliance of Smith’s first goal that came just five minutes into this match so this clip will have to speak for itself.

Not even three minutes later Smith would add a second with another perfect finish. Both of the Portland striker’s goals were assisted by members of the backline in Naomi Girma and Sofia Huerta respectively, almost entirely bypassing the midfield and providing incisive passing.

The United States used all five of their available subs in this match and three in particular were able to make a marked difference in this game. Midge Purce, who came on at halftime, drew a penalty kick 81′ by driving into the box and essentially daring the Jamaican backline to stop her, which they could only do by fouling. Purce’s NWSL teammate and another substitute, Kristie Mewis, would then step up to confidently convert the penalty, sending the keeper the wrong way and thumping the ball into the side netting.

Yet another substitute in Trinity Rodman would provide the icing on the cake five minutes later with her second international goal to cap the scoring at five. This goal is another great example of the incisive passing from the backline, in this case Sofia Huerta, to bypass lines of pressure, find Mallory Pugh running in behind, who then played the perfect cross into Rodman for the finish.