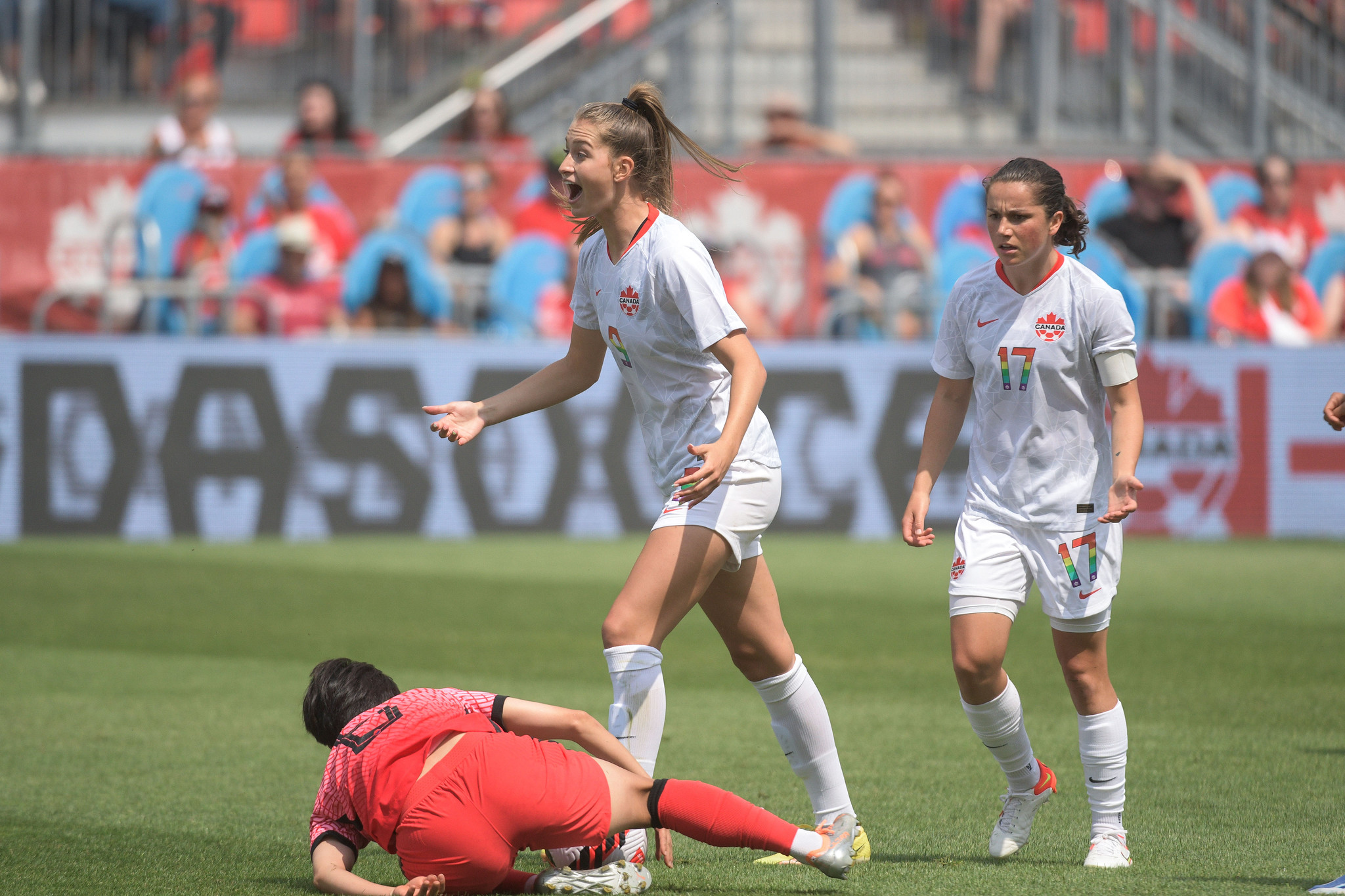 Canada enters the 2022 Concacaf W Championship qualifying tournament as reigning Olympic champions for the first time, and their quest to repeat in that tournament – and improve upon recent World Cup finishes – begins Tuesday in Monterrey, Mexico.

The Canadians are heavy favorites in Group B, in which they will face Trinidad and Tobago (ranked 76th in the world), Panama (57th) on July 8, and Costa Rica (27th) on July 11. Bev Priestman’s squad is in a rare spot coming into qualifying as a tournament favorite, and holds a combined record of 24-0-0 against Group B teams.

Since winning gold in August, Canada is 4-2-4. That includes a pair of wins over New Zealand during the celebration tour in October, and wins over Germany and Nigeria this year. Canada has scored 12 goals in that span, half of which came against the Football Ferns. The Canadians have earned five clean sheets, and allowed a total of seven goals.

The red and white will be looking to grind out low-scoring results on the way to earning a spot at the 2023 World Cup in Australia and New Zealand, and the 2024 Paris Olympics.

“I think it’s a great opportunity if we’re successful, for sure,” Janine Beckie told reporters this week. “There’s a lot of pressure to win the tournament because that’s the only way you can for sure qualify for both. I do think, obviously due to COVID, this was the direction that Concacaf wanted to go. A great opportunity to win the tournament and solidify those two things for us. I’m looking forward to it.”