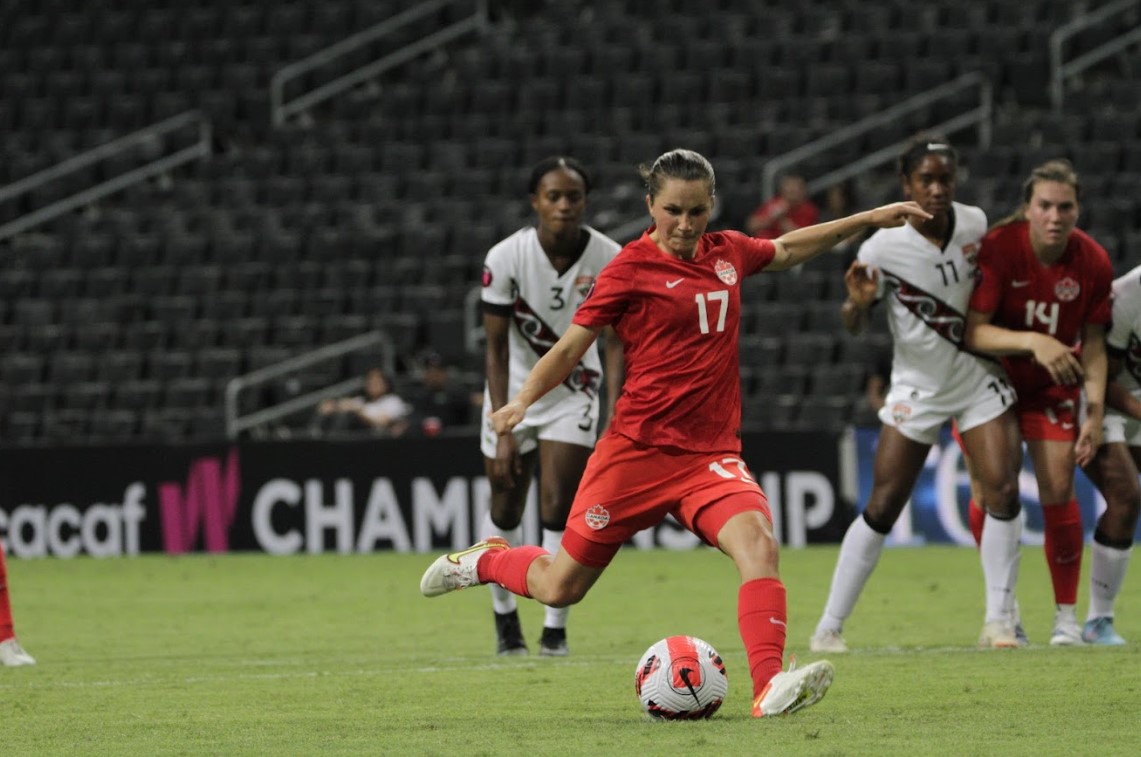 Tuesday brought the first blowout of the Concacaf W Championship as Canada demolished Trinidad & Tobago, 6-0, while Costa Rica comfortably defeated Panama, 3-0, in a much less eventful night for Group B than opening night for Group A on Monday.

Left side, then right side for Canada

Christine Sinclair scored her 190th career international goal to put Canada ahead in the 27th minute, and then just about everything from there through halftime was a strange series of events that saw Jessie Fleming miss a penalty that Canada probably didn’t deserve, then a no-call on a more obvious penalty on Janine Beckie, on top of several 1-v-1 opportunities which T&T goalkeeper Kimika Forbes saved.

Canada head coach Bev Priestman said she told the team at halftime to “take the handbrake off,” especially the fullbacks, who she wanted to see in the attack more. Canada’s starting formation looked intentionally imbalanced toward the right to give Ashley Lawrence the entire left flank for 1-v-1 duels, and it paid off with Sinclair’s opener, which Lawrence assisted after beating her defender.