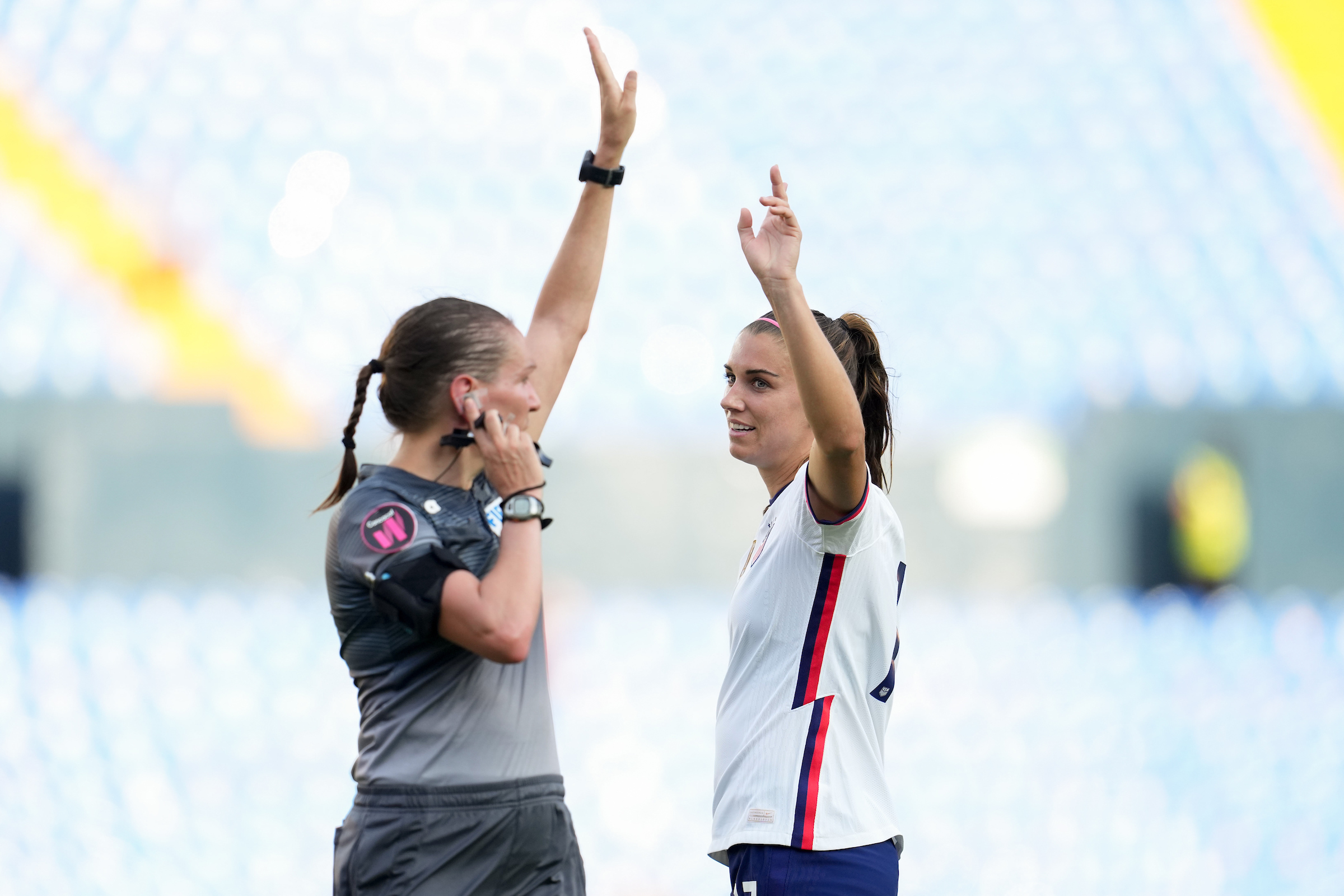 Day one of qualifying in Monterrey is in the books, and the United States and Jamaica sit level on points atop Group A. Just as everyone expected, right?

Haiti gave the U.S. far more trouble that the Americans’ 3-0 victory suggests, and Jamaica pulled off what is, by the standards of expectations on home soil, absolutely an upset over Mexico, 1-0. The results left more questions about the supposed Group A favorites and set up an enticing Group A over the next week which could see Mexico in need of a victory over the U.S. on the final day, and Haiti and Jamaica potentially playing for a direct berth in the World Cup.

There is time to get to those scenarios — and another matchday in between. First, there is a lot to digest from opening night of the Concacaf W Championship.

Alex Morgan scored twice in the opening 23 minutes against Haiti — and it’s a good thing she did. Haiti was inches from taking the lead in the 7th minute when Kethna Louis got on the end of a free kick that floated over the United States’ precariously high line, and Melchie Dumornay nearly willed her team back to level by halftime. Casey Murphy came up with the biggest save of her short international career, then got some help from the post on Roselord Borgella’s penalty kick, to keep the U.S. in front 2-0 at the break. A late goal from Midge Purce sealed the 3-0 win.

Morgan’s run of form is remarkable. She just turned 33 and this might be her best form ever (it is, statistically, as far as club play goes). There was 2012, when she joined Mia Hamm as the only player to log 20-plus goals and 20-plus assists in a calendar year, but this current form might be more impressive.