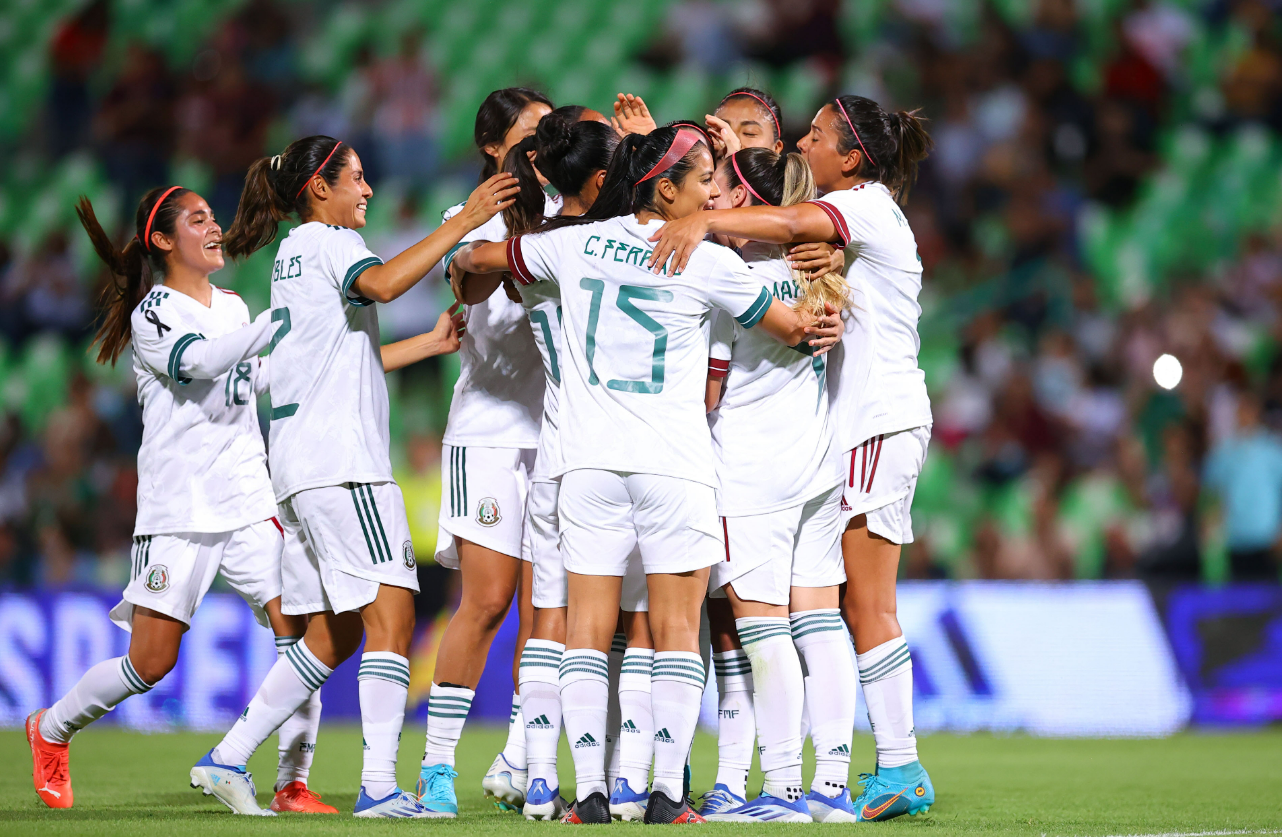 The Concacaf W Championship kicks off on Monday in Monterrey, bringing the World Cup qualifying event back to Mexico for the first time since 2010.

There is some history in the location. The last time the tournament was held, the United States failed to earn an automatic qualifier for the 2011 FIFA Women’s World Cup, and had to face Italy in an inter-confederation playoff match. Of course, the United States ended up qualifying for the World Cup, making the final in 2011, and went on to win the tournament twice in a row, in 2015 and 2019.

Before you read about the groups, be sure to check out the new formatting for the Concacaf W Championship and how it serves as FIFA World Cup and Olympic qualifying.

El Tri Femenil has benefited in the last few years due to the creation and increase of competition from Liga MX Femenil. When the league first started, only Mexican-born or players who represented Mexico could compete. That rule has changed over the years — in the 2022-23 season, teams are allowed four international players — but that rule was a hidden gem for Mexico.

It made players like Katty Martinez, Alison Gonzalez and Alicia Cervantes stand out and get the recognition they deserved — for both club and country. Martinez is a player to watch for Mexico, as she lit up the scoresheet for Tigres from 2017-2021 before moving to Club America to continue her goal-scoring threat. She scored her 100th goal in the recent Clausura season, and she’s only 24.

Led by head coach Monica Vergara, this Mexican side has a mixture of experience and fresh faces. Stephany Mayor is the captain, and the Tigres stalwart is nearing 100 appearances for Mexico. Meanwhile, the defense is one with experience, led by Kenti Robles — another captain — and Bianca Sierra of Tigres.

Cervantes was the Clausura Golden Boot winner with 14 goals for Chivas de Guadalajara. Another threat up front is Diana Ordoñez, who has been enjoying an impressive rookie campaign with the North Carolina Courage and has scored three times in three appearances for Mexico, earning a brace in her debut against Anguilla on April 9.

Mexico’s match with the United States on July 11 will be the one to watch in this group, and it could be the night when both teams clinch World Cup berths. Despite long-standing dominance in the tournament from the U.S., don’t count out this Mexican side. They have the right players and with the right game-plan, they could upset the United States.

There have only been two nations to ever win the Concacaf W Championship, or other World Cup qualifying variations: the United States and Canada. The U.S. has a record eight victories in the tournament, winning the last two years in a row. The U.S. has also hosted the tournament the most, hosting all but three times, including this year’s tournament.

In 2010, the last time the tournament was in Mexico, the U.S. defeated Costa Rica in the third-place match to make the FIFA inter-confederation qualifier, after falling to Mexico in the semifinal. This year, the two sides meet in the group stage, making their only potential knockout-round meeting being the third-place game or the final — each of which carries Olympic qualification implications.

The United States comes into the tournament fresh off two victories against Colombia. However, the U.S. started off slow in the first meeting in Commerce City, Colorado. Colombia gave the United States something they will meet regularly in Mexico: physical competition. It’s what Concacaf is known for, after all.

Alex Morgan has been in terrific form for club, and will look to translate that on the pitch in Mexico. Morgan has 11 goals in just 10 matches for the San Diego Wave of the National Women’s Soccer League. U.S. manager Vlatko Andonovski also called in her teammate, the 6-foot-1 aerial machine Taylor Kornieck.

The team has progressively gotten younger, too. Despite Andonovski calling in Megan Rapinoe in for a veteran presence, the team has a few first-time Concacaf qualifier participants, including last year’s NWSL Rookie of the Year Trinity Rodman and her teammate, Ashley Sanchez. Sophia Smith is another first-time Concacaf qualifiers participant, who has been on a tear with the Portland Thorns, scoring eight goals this season, second behind Morgan in the league.

The goalkeeper position will be one to look out for, as Casey Murphy earned the nod over Alyssa Naeher against Colombia on June 25.

The Reggae Girlz should enter the Concacaf W Championship with a lot of confidence. In the 2018 tournament, Jamaica stunned Costa Rica for a spot in the 2019 World Cup. While Jamaica crashed out in the group stage in France, they showed that it’s not just the same few teams that can qualify for the world’s biggest tournament.

With the structure of the tournament — four teams automatically qualify, while the two third-place sides will face off in inter-confederation matches next year — Jamaica might see themselves finishing in the third spot. However, they could trouble the U.S. and Mexico. They are going to give them a run for their money with Khadija “Bunny” Shaw at Manchester City leading the way in the attack, who finished the W Championship qualification matches with nine goals, leading Jamaica. Trudi Carter (FC Gintra in Lithuania), Satara Murray (Racing Louisville), Jade Bailey (Liverpool) and Havana Solaun (North Carolina Courage) are other veteran presences.

In the attack are two college players. Kiki Van Zanten is a senior at Notre Dame and has competed for the United States U-17 and U-15 sides, playing in the 2016 Concacaf U-15 Championship match. Her best season for the Fighting Irish was 2020-21, where she scored seven goals in 12 matches. Last year, she scored three goals and provided one assist in 20 games.

Meanwhile, Florida State’s Jody Brown is entering her junior year and already has 18 appearances for Jamaica. Last year, Brown was an assist-machine at Florida State, providing 10 and scoring four goals in 25 matches. Florida State beat Brigham Young University last year for the NCAA Division I Women’s Soccer Championship, after finishing as runners-up in 2020 to Santa Clara.

Another team with a goalkeeper battle, Sydney Schneider looks to get the lock for the starting spot, but Yazmeen Jamieson and Rebecca Spencer, of Tottenham, have made appearances in the last calendar year.

Haiti is preparing for the Concacaf W Championship in all the right ways, taking on fellow tournament competitors. Recently, they fell 2-1 to Costa Rica in a tune-up match, but it was the second match that turned eyes in Concacaf. Haiti defeated Costa Rica, 4-2. on June 28.

Roselord Borgella and Nerilia Mondesir scored in the first half, while Melchie Dumornay scored two goals in the second half for a big victory over a team that is favored to qualify. Haiti and Costa Rica are not in the same group.

Haiti has a few college players on its roster, but most of its team features in France. Sherly Jeudy, 23-year-old forward for Grenoble, scored in the first friendly against Costa Rica, and has nine goals in 11 appearances for Haiti. Meanwhile, captain Nérilia Mondésir is a longtime member of Montpellier, making more than 60 appearances for the Division 1 Féminine.

The goalkeeper unit is young, with two 18-year-old goalkeepers — Madelina Fleuriot and Nahomie Ambroise — along with Lara Larco, who is entering her sophomore year at Georgetown. Larco earned the nod for Haiti against Costa Rica.

Haiti is certainly the dark horse in this competition, but they could make a strong enough case for fighting for the third-place spot in the group. The team is showing they’re up for the task playing these important friendlies against a tough side like Costa Rica.