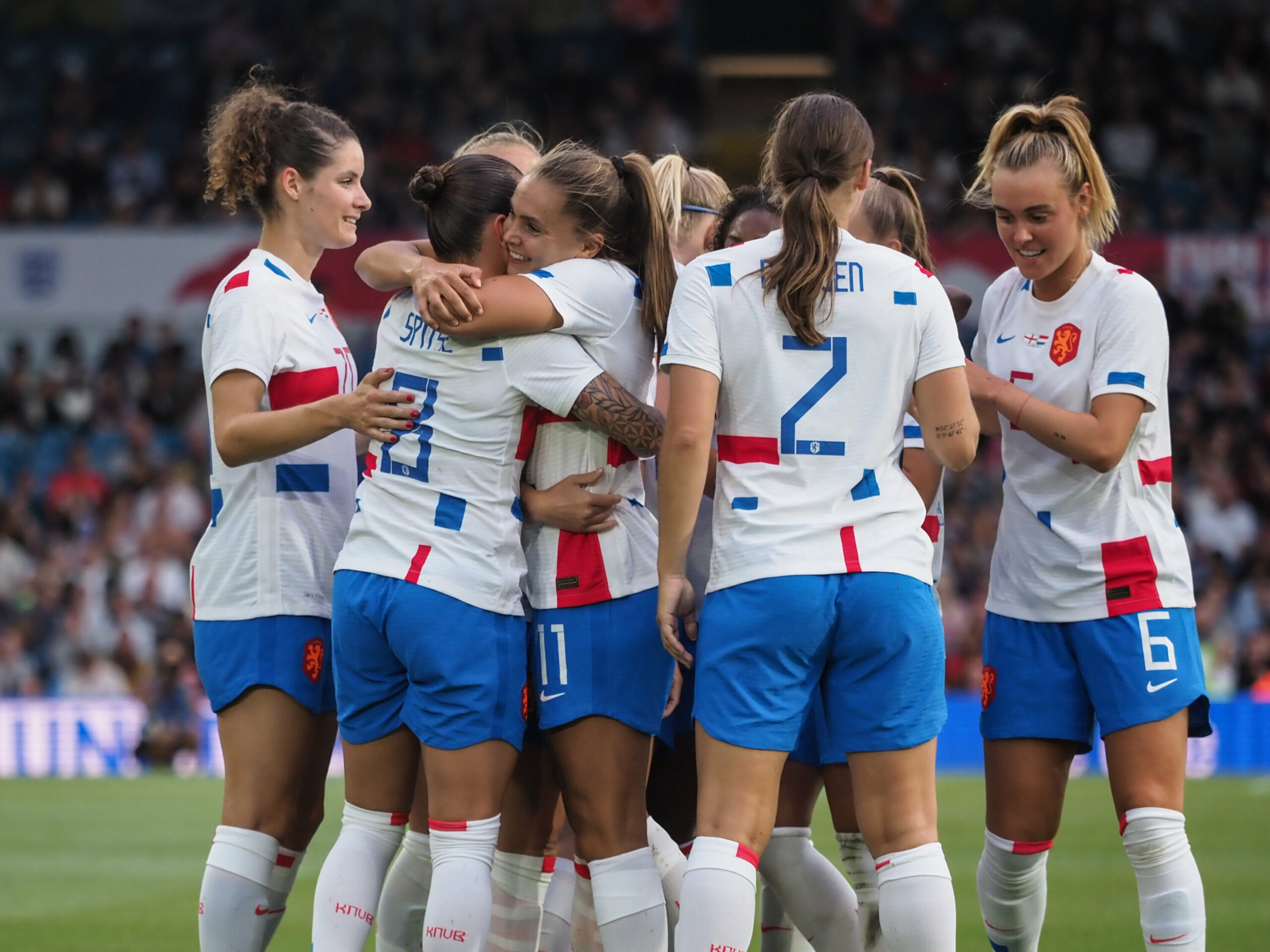 Group C is an intriguing group that contains two of the favorites and current world’s best in the Netherlands and Sweden. Paired with them are dark horses Switzerland and minnows Portugal.

On paper, it seems a pretty straightforward affair, but there is potential for this group to throw up some surprises. Can Mark Parsons’ side make it consecutive European Championship wins? Or will Sweden finally go one step further and lift the coveted trophy?

Here, we want to provide an overview, a quick guide of sorts for all four teams in the group to know before July 6. Last week, we got you caught up on Group A and Group B.

After his stint with Portland Thorns, Sarina Weigman’s exit paved the way for Mark Parsons to become the new head coach. The Dutch are the current European champions and have an impressive recent resume having reached the 2019 FIFA Women’s World Cup final and quarterfinals of the 2021 Olympic Games, making them a strong contender for EURO this summer. The team might have needed a refresh with Weigman’s tenure reaching its peak.

Parsons has opted for a 4-3-3 system with the odd three-at-the-back experimental shape to bring a different element to the side. With some top-class players including Vivianne Miedema, Danielle van de Donk and Lieke Martens, Parsons will want to play to their strengths and use the wide areas as much as possible to create opportunities.

The Dutch have several key players in their squad with arguably one of the best strikers in Miedema. The Arsenal forward scored 14 goals and provided eight assists in the FA Women’s Super League, though she was deployed more as an attacking midfielder. Equally, new Paris Saint-Germain signing Martens will be out to prove herself once again after suffering injury problems during the second half of the season. The winger is a creative force able to beat her player in 1-v-1 situations while also managing to score goals.

Between Martens and Miedema, the Netherlands should be a force going forward. Danielle van de Donk, Jackie Groenen and Damaris Egurrola represent a very robust and creative midfield trio. The three players are good enough to rival most midfields and will be integral to the way Parsons wants to play. Their biggest concern and weakness is their defense but Dominique Janssen is their experienced figurehead to lead the backline.

The Swedes are probably the most dangerous team in the world right now. Peter Gerhardsson’s side have threatened to achieve many a time but have fallen just short in each of the last few tournaments. Most recently, they lost a gold medal at the Olympics in Tokyo in 2021 to Canada after impressing throughout out. They came third in the 2011 and 2019 Women’s World Cup as well as another runner’s up medal in the 2016 Olympic Games.

Gerhadsson’s use of the 4-4-1-1 in last summer’s Olympic Games proved to be a masterstroke as it’s unshackled Sweden’s dangerous forward line. Their structured approach has been their standout trademark, but it’s how their attack has shaped up and catapulted them into the most dangerous sides that set them apart. The concept is to play the two wingers as inside-forwards making their starting positions a lot higher up the pitch with the full-backs overlapping. They play out from the back but look to play through the middle before moving the ball out wide to the wingers.

They’ve recently played in a 4-3-3 and an experimental 3-1-4-2 system that wants to elevate their midfield while giving them an alternate point of attack. The forwards would naturally be affected but Fridolina Rolfö has operated at left-back for Barcelona hence making her a left wing-back isn’t entirely out of the question.

Analyzing their squad, Sweden is blessed with an immense balance of players boasting quality in all thirds. Magdalena Eriksson is their talisman at the back and is often played at left-back, though she is naturally a central defender plying her trade for WSL champions Chelsea. Kosovare Asllani and Rolfö are two players that will be relied upon to deliver goals and create chances, and Hanna Bennison is their teenage starlet all represent various levels of experience and are examples of the immense quality amongst the team.

Switzerland is one of the dark horses of the European Championships given their squad. Assembled with some of the finest players, the Swiss have slowly developed into a cohesive team that could cause teams issues and threaten to challenge in the knockout rounds. Getting out of the group will be their first major hurdle but one that cannot be discounted. Sweden might be the top team but beating the Netherlands isn’t out of the question.

Rather it’s a pertinent part of it.

Often tied to a 4-2-3-1, former Denmark coach Nils Nielsen tends to keep play compact centrally while using his wide attackers to create chances. The aforementioned squad is primed with talent from across Europe including Barcelona, Paris Saint-Germain, and Arsenal. Lia Walti is their best midfielder who is best described as a deep-lying playmaker positioned at the base of midfield. From there she’s able to control play and distribute effectively towards more attack-minded players. Barcelona’s Ana-Maria Crnogorčević is their highest-profile player and most versatile. The Swiss forward will likely play on the wings alongside Ramona Bachmann forming a strong attacking unit. Noelle Maritz of Arsenal will be another young player to watch from full-back providing thrust and energy.

Portugal’s entry into the Euros came courtesy of Russia’s suspension for this tournament. Their hopes of qualifying might be negligible but progression will be taking points off the other three teams and playing a progressive style of football. Portugal is a nation that is brimming with talent and in a couple of years, there could be a Portuguese revolution with more players making waves in European raising their standards at a national level.

However, Francisco Neto’s Portugal is a team that plays an energetic and stylish brand of football. A passing-centric team, Portugal use their central and wide areas but their main focus is to capitalize on the characteristics of their players — fast, technical, and intelligent. This system is all predicated on a 4-3-3 system to unleash the quick and technical wide players.

Their style does change depending on their opposition. Against stronger teams they will tighten up and lower their lines and leave two or three fast, skilled forwards up front to look for counter-attacks, relying on the vision and passing of their midfielders to deliver the ball to them which is executed in a 4-4-2 system that allows for compact shape and structure. Against evenly matched teams Portugal defer to the aforementioned style of dominating the game with passing style.

Jéssica Silva, Dolores Silva and Andreia Jacinto are three standout players to keep an eye on. Jacinto is arguably one of the best midfielders in Portugal currently. Ana Borges is an experienced member with her versatility coming in handy given she can play as a winger and fullback.

Kassouf: With a clear identity, the Wave are riding high and a legitimate contender
The Equalizer Podcast: USWNT vs. Colombia