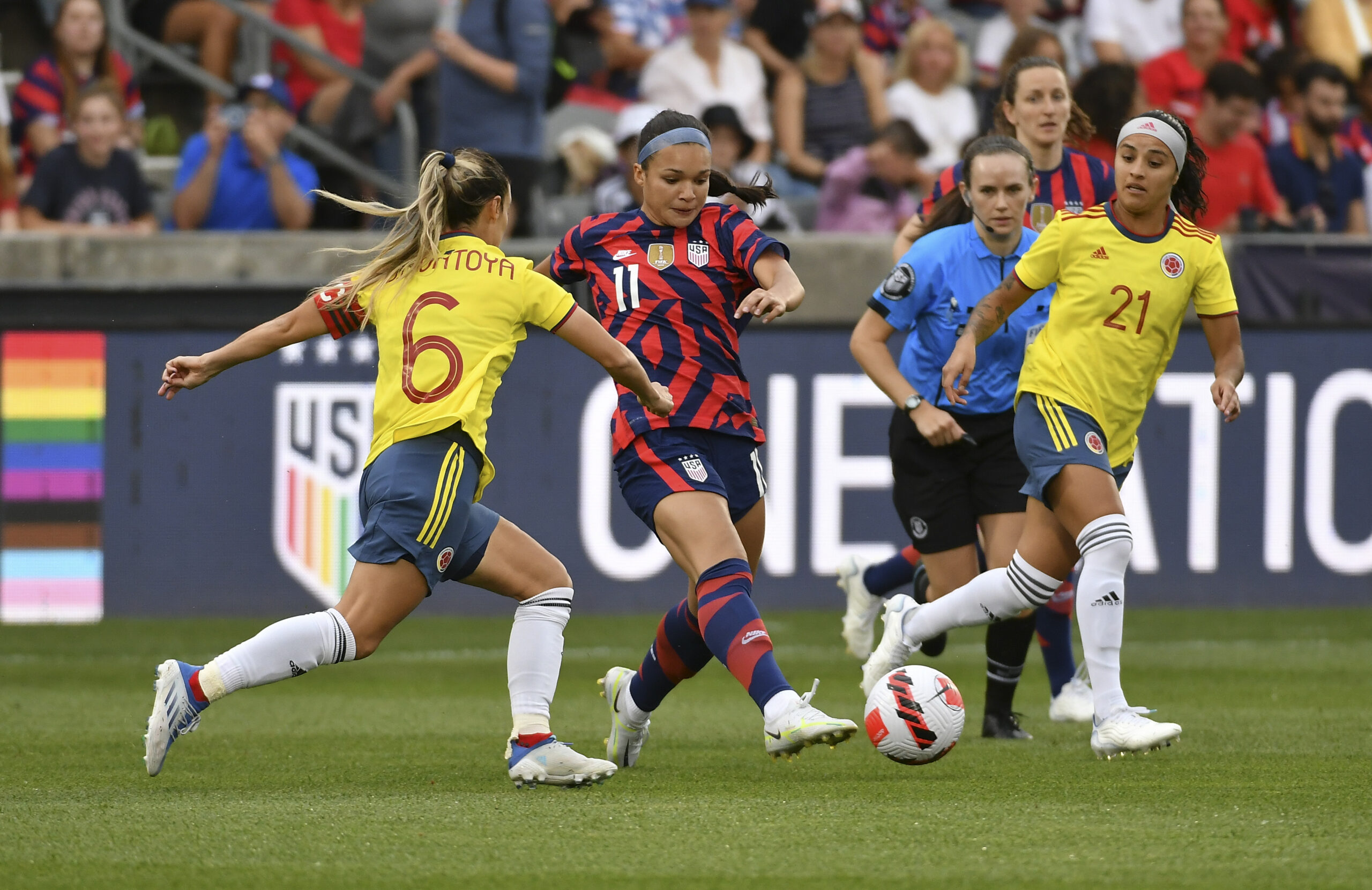 The United States women’s national team earned a 3-0 victory over Colombia in Commerce City, Colorado, on Saturday night. The match marked the return of Lindsey Horan and Mallory Pugh to their hometown, as the two started the match.

Also, the match is the first of two against Colombia before the United States heads to Mexico for the Concacaf W Championship, which begins on July 4. The tournament serves as 2023 World Cup and 2024 Olympic qualifying. Meanwhile, Colombia will be hosting the Copa América Femenina from July 8-30.

Sophia Smith scored twice against Colombia. Smith’s goals were both assisted by Rose Lavelle and consisted of long-balls down the pitch in the box that Smith picked up and slotted past goalkeeper Catalina Pérez.

In the 90th minute, Taylor Kornieck — who entered the match, making her U.S. debut, in the 73rd minute to replace Lavelle — scored her first international goal. Kornieck connected with Megan Rapinoe, who made her U.S. return in the 77th minute to replace Pugh, off a free kick, heading the ball in the far corner of the net.

Despite the loss, Pérez had herself a game, making two penalty stops. Her first denial came in the 45th minute against Lindsey Horan. The foul was earned by Smith after being fouled by Carolina Arias. Meanwhile, in the 70th minute, Arias gave up a second penalty, this time fouling Alex Morgan, who entered the match at the half for Ashley Hatch.

The two sides will meet again on Tuesday, June 28, at 10 p.m. ET at Rio Tinto Stadium in Utah, with coverage on ESPN.

How Sam Coffey found quick success in Portland, and what it means for the USWNT
Three talking points: USWNT stumbles, then thrives in 3-0 over Colombia