EURO 2022 Group A preview: Expectations for England, and Norway the wild card 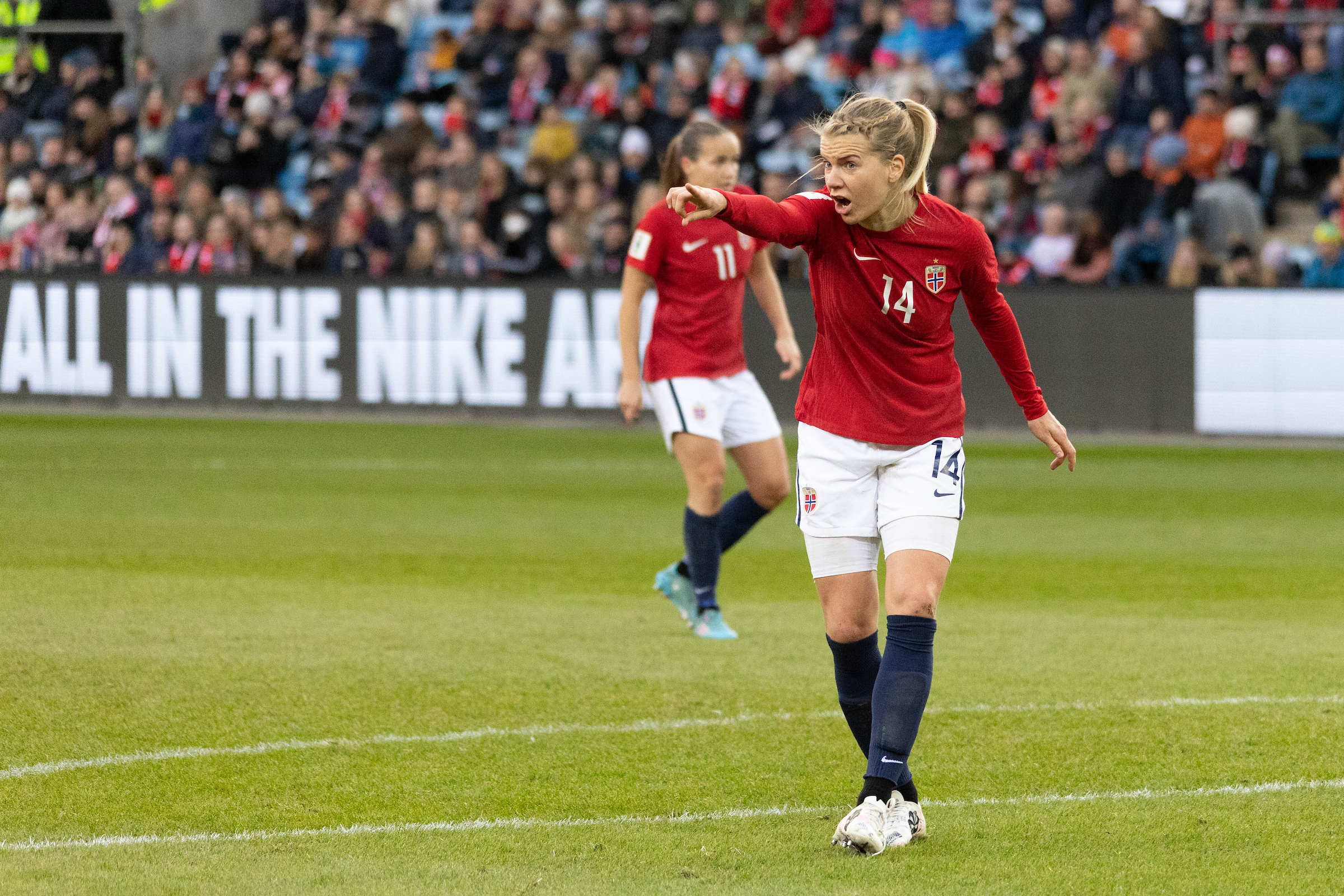 The 2022 UEFA European Women’s Championship, hosted by England, is set to kick off in July. In preparation for the big event, The Equalizer will be bringing you previews of all four groups, breaking down the outlook, tactics and key players for all 16 teams. This is in addition to our coverage of players to watch and deeper dives on some of the top teams at the tournament.

We start off with Group A, comprising the hosts, England, alongside Austria, Northern Ireland and Norway.

Despite being third seeds in this group, Austria will go into the tournament with real belief that they can make the knockout rounds. They proved they are no pushovers in qualification, losing just one game, and in a World Cup qualifier away to England last November they lost 1-0 after making their hosts look ordinary for large spells.

An adaptable side, they vary short passing with long balls and change formations during games. Quickly, Austria’s 4-3-3 can become a 5-4-1. This flexibility is enabled by the versatility of players like Katharina Naschenweng, a winger who can fill in at left fullback, and Marina Georgieva, a defender who can move into midfield. Still, despite their ability to mix things up tactically, there is no doubt that solid defense will be the key to their success this summer.

At the last EUROs, in 2017, Austria surprised by reaching the semifinals. Their run was built on preventing opponents from scoring; they kept four clean sheets in five games before losing to Denmark on penalties. This characteristic remains integral today. In qualification for this summer’s event, they kept seven clean sheets in eight games, including one against France and two against Serbia.

At its best, Irene Fuhrmann’s side plays superb counterattacking combinations. Sarah Zadrazil offers energy and clever runs from midfield, but the most important player is Nicole Billa. Consistently one of the top scorers in Germany’s Bundesliga, her link play and finishing is pivotal to a team otherwise lacking real firepower. Austria will be tough nuts for anyone to crack. If Billa is in form, they may well reach the knockout stages once again.

Things are looking up for England going into this tournament. As hosts, they will benefit from a big support, and recent results have led many to believe this is a team that can compete for the title. The appointment of Sarina Wiegman last year inspired a turnaround. After the 2019 World Cup and prior to her arrival, the Lionesses had lost nine of 14 games. Under Wiegman, however, the record reads 10 wins, two draws, no defeats.

February’s Arnold Clark Cup injected fresh optimism. Wiegman needed those friendlies to get a better idea of where her team was at. Results were promising: draws against Spain and Canada, followed up by a win over Germany. Still, there are reasons for expectations to be tempered. That sole victory came against a weakened German side as several starters that day didn’t make their EUROs roster. In World Cup qualifying, a 1-0 win over Austria came after a labored performance. And more recently, in a 3-0 friendly win over Belgium, there were signs that England’s midfield could be opened up by technically adept opponents.

Wiegman likes consistency, and has all but settled on her best line-up. The solitary remaining question mark is whether captain Leah Williamson should start in defense or midfield. A proper answer may only be found during the tournament. Tactically, England will line up in some version of a 4-3-3 as they press aggressively and threaten from set pieces. Lauren Hemp, their electric left-winger, is the key to their attacking play, and they will want to find her quickly and often.

England look organized and aren’t short on talent, but they will have to deal with new pressure as the host nation. They are expected to win Group A, and that in itself will provide a mental test. After that, Germany or Spain may await in the quarterfinals. Traditionally, England is a semifinal team. No matter how high the public’s expectations may be, simply keeping that tradition going should be considered a good performance.

By far the lowest-ranked team at the EUROs, this will be Northern Ireland’s first major tournament. They made history by overcoming Ukraine in the playoffs, which they reached courtesy of a better away goals record in two draws with Wales. With many of their players operating part-time in their domestic league, the Irish football association announced a seven-month professional training camp to prepare the squad for this summer.

The full-time training setup should help Northern Ireland reduce the gap to their rivals in Group A, particularly in terms of fitness levels and tactical organization. On top of that, any fear factor that comes with taking on high-level opposition may be diminished by the fact they have played England and Austria several times over the last two years, in friendlies and World Cup qualifiers. They should also be roared on by strong support.

There was a bump in the road after April’s 5-0 defeat to England. In his post-match interview, head coach Kenny Shiels attributed his team’s quick concession of goals to women “being more emotional than men.” Afterwards, however, he was given backing by the FA, while team captain Marissa Callaghan released a statement saying that the squad stood by their manager.

Northern Ireland will likely line up in a 5-4-1, defend deep and play long balls, looking to capitalize on breakaways and set pieces. Demi Vance, fresh off a fine season with Scottish champions Glasgow Rangers, provides quality set-piece delivery, while former Everton striker Simone Magill will lead the line. Simply by reaching this stage, Northern Ireland achieved what many thought impossible. Anything more would be a bonus.

There are two Norways: one that looks capable of beating any team at the EUROs and one that looks set to exit in the group stage. It’s unclear which version will turn up this summer, but this is a national team with a proud history. Norway was the United States’ first real rival, winning the World Cup in 1995 and Olympic gold medal in 2000. Now, though, they appear content simply to make the knockout rounds.

The World Cup in 2019 was an example of how difficult they can be to assess. Norway gave France real headaches in the group before knocking out Australia in the second round. Then they capitulated against England in the quarterfinals. Since then there have been ups and downs. They sailed through a routine qualifying group, but have experienced bad losses while experimenting with their line-up in friendlies. The worst example was a 7-0 humiliation against the Netherlands last summer.

Of course, the big story is Ada Hegerberg’s return. Having removed herself from selection in 2017 because of a perceived lack of respect for women’s football in the country, she announced her international comeback in March. She will lead the line and add much-needed finishing touch to a side packed with creativity. Head coach Martin Sjogren prefers a 4-2-3-1, with Guro Reiten, Caroline Graham Hansen and Frida Maanum dribbling and playmaking around Hegerberg. Maanum has the quality to surprise people, especially after an in-and-out debut season with Arsenal.

Norway will try to play their short-passing combination game and have the front-line potency to trouble anyone on their day. They could beat England, top the group and go deep in this EUROs. Or they could be overpowered by England, struggle to break down their other group opponents, and go out early. Either way, they should be exciting to watch.