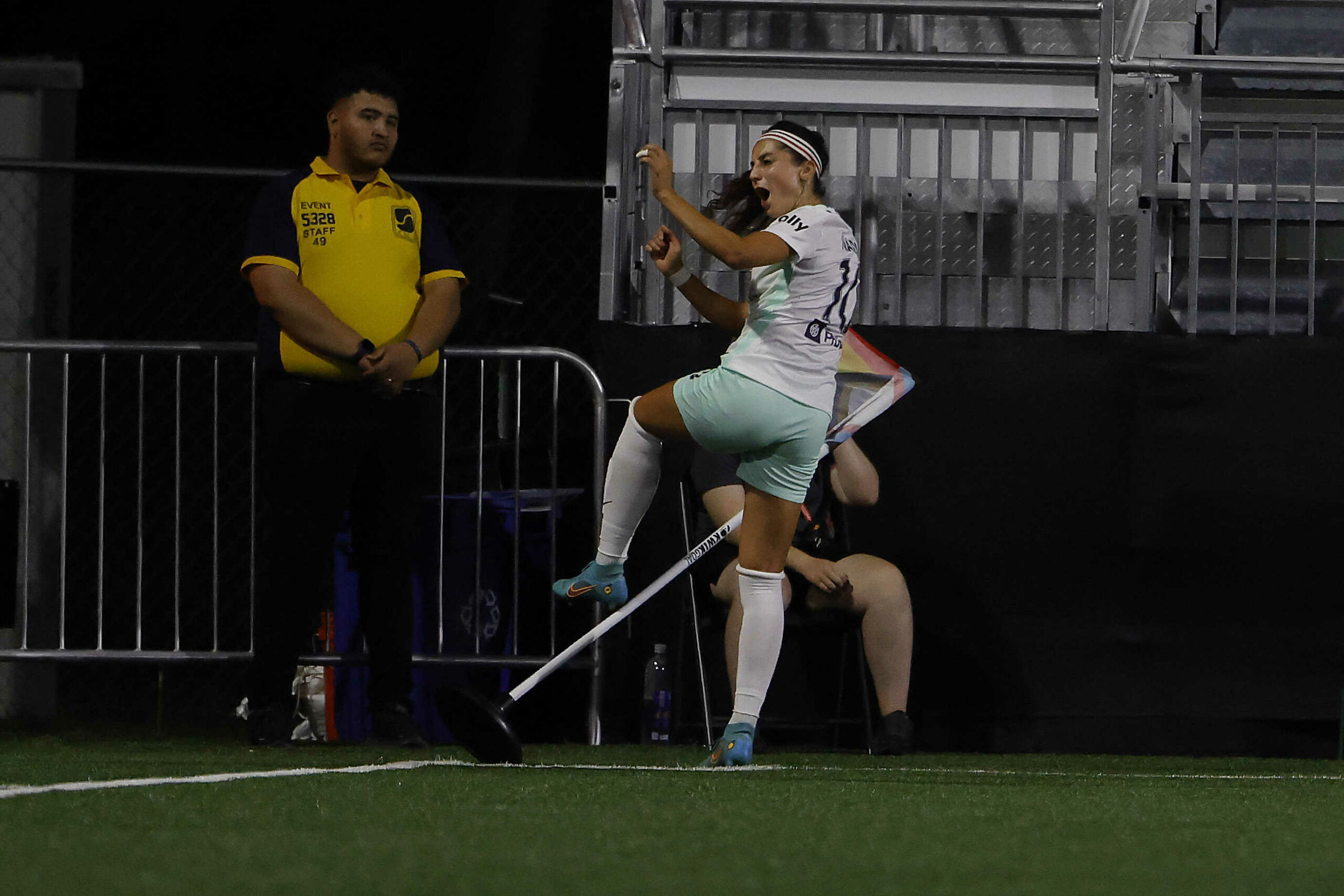 The Skinny: Washington had all of the stats in their favor this match except for actual goals, with a late collapse allowing Louisville, driven by their veterans, to come back and steal a point.

One Key Moment: Nadia Nadim has come back from her ACL tear with a vengeance. Her brace Friday was what earned Racing a point and showed off her clinical finishing skill. Including two goals here may be cheating the idea of “one moment” but the play of Jess McDonald combining with Nadim was the key difference in this match. And don’t underestimate McDonald’s contribution to these goals because these assists are simply perfect, showcasing her vision and flawless execution.

Inside the Game: For the majority of this match, it looked solidly like the Spirit were going to end their section of incredibly arduous scheduling with a win. The first half was a constant barrage of attacks from Washington that Louisville were lucky to escape only down two goals. Louisville couldn’t put together any real attack while the Spirit created chance after high-quality chance, controlling possession, threatening on constant corner kicks, but also utilizing the counterattack whenever they forced turnovers in the midfield. The opening goal came from one of these midfield turnovers. Andi Sullivan intercepted the ball and passed it to Ashley Sanchez, Sanchez spun and played Trinity Rodman in behind, all in a matter of seconds. Maddie Elwell would score her first NWSL goal less than 10 minutes later to give the Spirit a commanding two-goal lead before halftime.

Washington started the second half off well but as they seemed to tire, Racing gained energy, bringing on offensive substitutions — crucially, Nadim — just 10 minutes into the second half. The stats remained in Washington’s favor but with only eight total shots, Racing were able to score two goals while the home side took a whopping 26 shots. You could credit this to Nadim’s finishing, definitely, and some of the credit needs to go to Savannah DeMelo’s gritty play in midfield. It’s also very possible that the Spirit squad, tired from the grueling schedule they’ve played for the last several weeks, collapsed defensively. Both of these things are likely true but the defensive collapse lost the Spirit 2 points they desperately wanted.