How Sam Coffey found quick success in Portland, and what it means for the USWNT 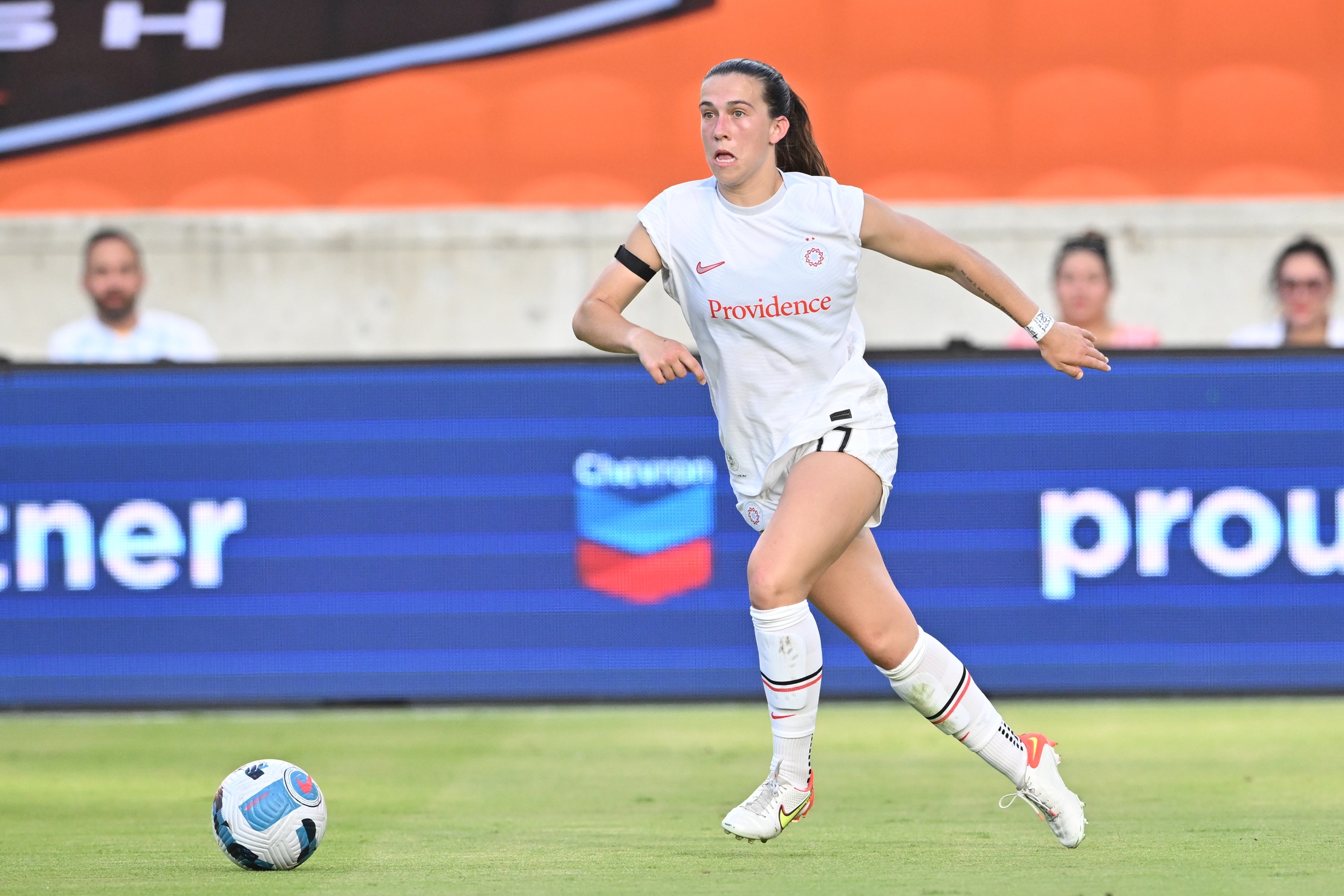 Stakes are high for defensive midfielders. One misplaced pass or bad touch, and the opponent can be on the ball and running at your defense. It is not a position for the faint of heart.

Typically, it is a role where experience is crucial: the player knows how to read the situation in a game because they’ve been there before, countless times. Sam Coffey has been outstanding for the Portland Thorns at the No. 6 position (defensive midfield) this season, and yet she has only played eight National Women’s Soccer League games. She is new to this level; she’s also relatively new to her current position on the field. As of this week, she is new to the United States women’s national team roster, too.

This is Coffey’s rookie NWSL season. When drafted by Portland in early 2021 (she stayed at Penn State to play an extra year), she was identified as an attacking midfielder. Mark Parsons, who was the Thorns’ head coach at the time, described Coffey as “someone who can be a big difference-maker in the final third.” Parsons left for the Netherlands national team last year and was succeeded by Rhian Wilkinson. Under Wilkinson, Coffey has been deployed as a defensive midfielder in a 3-5-2 or 3-4-3 system. She has adapted quickly, earning recognition from her coach and a call-up from U.S. head coach Vlatko Andonovski.

The 23-year-old did spend a season playing at the base of midfield at college level with Penn State, but reverted back to her old attacking midfield berth before turning professional. Speaking in preseason, she said that of all the roles, she felt less comfortable as the No. 6, but she enjoys playing there, nonetheless. “I really feel like when I’m in that role I can be a playmaker and dictate the tempo of the play,” she said. “Like when we want to transition, when we want to slow it down, almost… quarterbacking, and I love that role on the field.”

Coffey has started all of Portland’s NWSL games so far, sometimes as a single pivot, sometimes partnering Raquel Rodriguez or Hina Sugita. Defensively, she is adept in the positional side of the game, knowing when to stay and when to close down, tracking runs and filling into the back line when necessary. Her qualities in possession, however, have really caught the eye.

Access the best women’s soccer coverage all year long
Start your FREE, 7-day trial of The Equalizer Extra for industry-leading reporting and insight on the USWNT, NWSL and beyond.
Subscribe
Existing Users Sign In Here
Related TopicsExtraFeaturedSam Coffey

Kassouf: Predicting the USWNT’s lineup at World Cup qualifying
Anatomy of a Goal: 22 passes, all 11 players touch the ball to make a Reign masterpiece