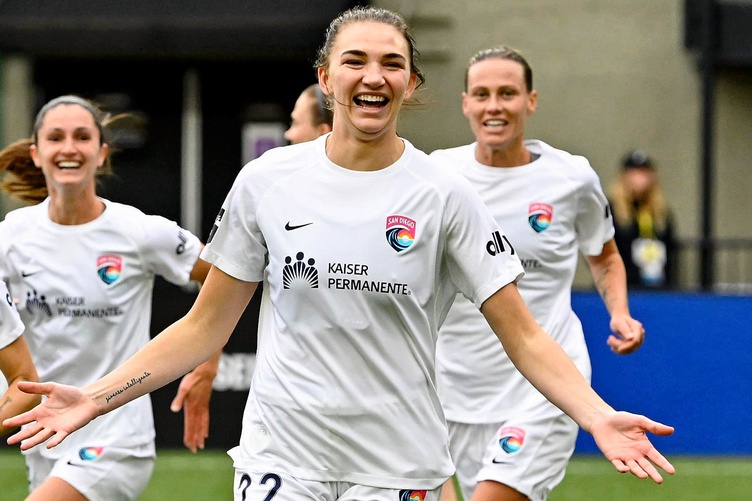 Taylor Kornieck was supposed to be the pillar of the Orlando Pride’s much anticipated rebuild. She was the No. 3 overall pick in the 2020 National Women’s Soccer League Draft, an imposing attacking player who could play as a target forward or in midfield.

Kornieck’s rookie season never happened, however — not like it was supposed to. The COVID-19 pandemic canceled the NWSL regular season, and the Pride flunked out of the inaugural Challenge Cup that year before getting on the plane after a suspected COVID-19 outbreak. Then came the 2021 season in which the Pride started hot — they led the league for the first month-plus — before crashing down to earth like a rocket out of fuel, missing the playoffs once again amid a mid-season coaching change.

It was time for a change — for the club (again) and for many individuals. Kornieck needed an environment which allowed her to thrive — “a fresh start,” she told The Equalizer during preseason. To be her best, she and her soon-to-be coach felt, Kornieck needed to play in a deeper midfield role. League expansion opened the door to change, and the 23-year-old made her way to San Diego Wave FC with the promise of being the focal point of the midfield, the No. 8 box-to-box midfielder. That, in combination with Wave head coach Casey Stoney’s intent to play converted forwards and defenders in midfield, raised eyebrows during preseason. What has followed is San Diego sitting atop the NWSL table for several weeks, and Kornieck thriving as a big reason why.

“This is the first year where I’ve really started to understand the concepts,” Kornieck said last week, moments after she scored two goals in the final 10 minutes as the Wave rallied for a 2-2 draw against Portland Thorns FC.

Access the best women’s soccer coverage all year long
Start your FREE, 7-day trial of The Equalizer Extra for industry-leading reporting and insight on the USWNT, NWSL and beyond.
Subscribe
Existing Users Sign In Here
Related TopicsExtraFeaturedTaylor Kornieck

Morgan, Rapinoe return to USWNT for World Cup qualifying
The Equalizer Podcast: Making sense of the USWNT roster and NWSL season so far