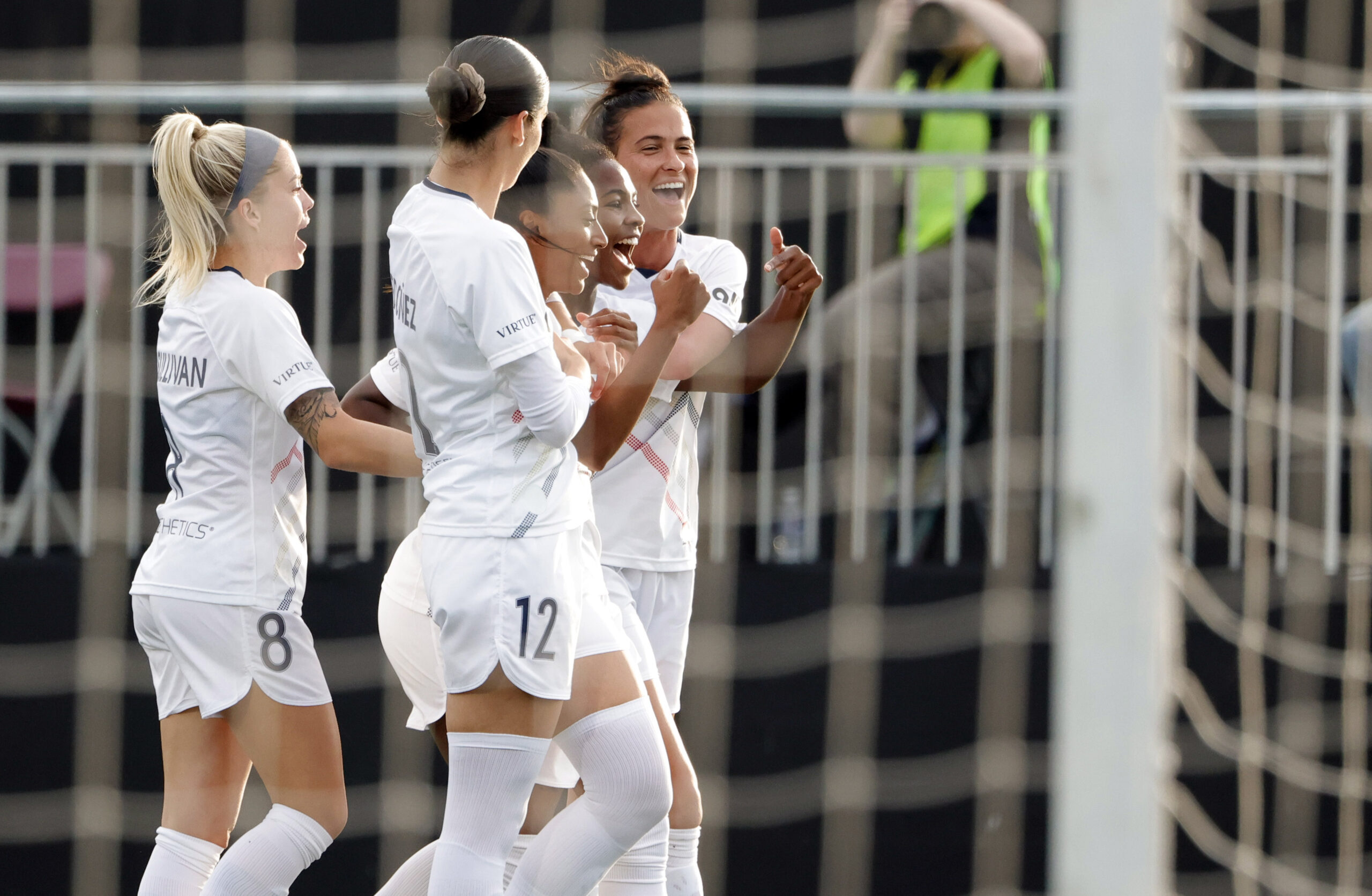 The National Women’s Soccer League had action this weekend, with the Washington Spirit falling at home to the North Carolina Courage and Angel City winning on the road in Louisville. The Kansas City Current narrowly defeated NJ/NY Gotham FC.

The Skinny: The North Carolina Courage had the lead, but the Washington Spirit tied it up with goals from Ashley Sanchez and Ashley Hatch… just for North Carolina to re-take the lead in second-half stoppage time for the win and three points.

One Key Moment: What a way to score the game-winning goal. Kaleigh Kurtz beat her defender on a free kick and bobbled the ball to herself and then past Aubrey Kingsbury. It was a difficult goal and what makes it even better is that Kurtz is a defender. That’s some serious skill.

Inside the Game: At Segra Field in Leesburg, Virginia, the Washington Spirit went down early to this year’s Challenge Cup champions North Carolina. Returning from injury, Brazilian striker Kerolin scored only six minutes into the match, dribbling up to face off her defender and then letting the ball fly in the box and past Spirit goalkeeper Aubrey Kingsbury.

Kicking off the second half, Abby Erceg scored off a header on a corner kick, using her notable height and leaping skills to get up and over all of Washington’s defense. The Courage seemed to be rolling in the match, but Washington kicked up the gears late in the match.

Ashley Sanchez got the momentum rolling for the Spirit in front of more than 4,000 fans. Assisted by Bayley Feist, Sanchez tapped in the goal with one touch, but it was her first touch on the ball to Feist that is worthy of the highlight reel. Ashley Hatch scored on a penalty, which was earned after a Kaleigh Kurtz foul on Emily Sonnett.

However, it was Kurtz that played the hero in the end, scoring the game-winning goal and earned all three points for North Carolina, on the road. The Courage have a week of rest until they host the Houston Dash on Sunday, June 19. Meanwhile, the Spirit has a shorter rest, hosting Racing Louisville on Friday, June 17.

The Skinny: Savannah McCaskill scored twice, including the game-winner in second-half stoppage time from the penalty spot, in her return to Louisville as Angel City grabbed tree huge points on the road. Christen Press scored Angel City’s other goal but, concerningly, left the match in the second half with an apparent knee injury.

One Key Moment: McCaskill’s first goal, which tied the game 2-2, was a product of a spectacular cutback by Press. The goal also highlighted Angel City’s ability to get in behind Louisville on the counterattack.

Inside the Game: Racing came out as the aggressors on the front foot, putting Angel City’s back line — stretched even thinner than usual with Vanessa Gilles injured — and forcing Paige Nielsen into uncomfortable positions. Nielsen was cautioned early for a bad tackle on Savannah DeMelo, and Nielsen committed the foul which led to DeMelo’s free kick and the opening goal by Gemma Bonner.

Press scored the equalizer seven minutes later, burning Bonner on some route-one soccer. Megan Reid bypassed the midfield with a long ball directly to Press, who was running into space in behind. Press also got behind Racing for the visitors’ second goal, and as Louisville tried to capitalize on their possession and dictate the game, Angel City struck on the counterattack. Press started in the No. 9 role and was a focal point in her first game in Louisville and against Racing, the team which selected her NWSL rights in the 2020 expansion draft and traded them to Angel City last August.

DeMelo was integral for Louisville once again, but Racing head coach Kim Bjorkegren appears to still be searching for some solutions. Nadia Nadim could be one. She scored her first goal since returning from a major knee injury last fall, a penalty kick. Louisville has now lost three straight games since back-to-back victories over San Diego and Gotham.

The Skinny: The Kansas City Current earned their second win of the season on Saturday night with a late 1-nil win over the visiting NJ/NY Gotham FC.

One Key Moment: Kansas City’s second half pressure paid off. While Hailie Mace and Elyse Bennett kept Gotham’s defenders occupied, Kristen Hamilton was virtually unmarked at the top of the penalty area, leaving her in the perfect position to bury a low cross sent in by Isabel Rodriguez past Gotham keeper Michelle Betos.

Inside the Game: The visitors had the best chance of the quiet first half. Paige Monaghan hit a shot that Current keeper Cassie Miller got a hand to, but unluckily for Gotham, the ball then hit the inside of the post and stayed out.

But the scoreless first 45’ made way to a more lively second half, and the Current turned on the pressure as the minutes progressed. Bennett and CeCe Kizer had back-to-back opportunities in front of goal after the hour mark, and both exposed Gotham’s back line in different ways. Ali Krieger was beat to a through ball on Bennett’s attempt, and Kizer was able to dribble through two Gotham players before getting her shot off.

After those two opportunities, the match’s momentum completely swung in Kansas City’s favour, and Hamilton made no mistake with her chance, notching her team-leading third goal of the season. The win extends Kansas City’s unbeaten run to three matches.