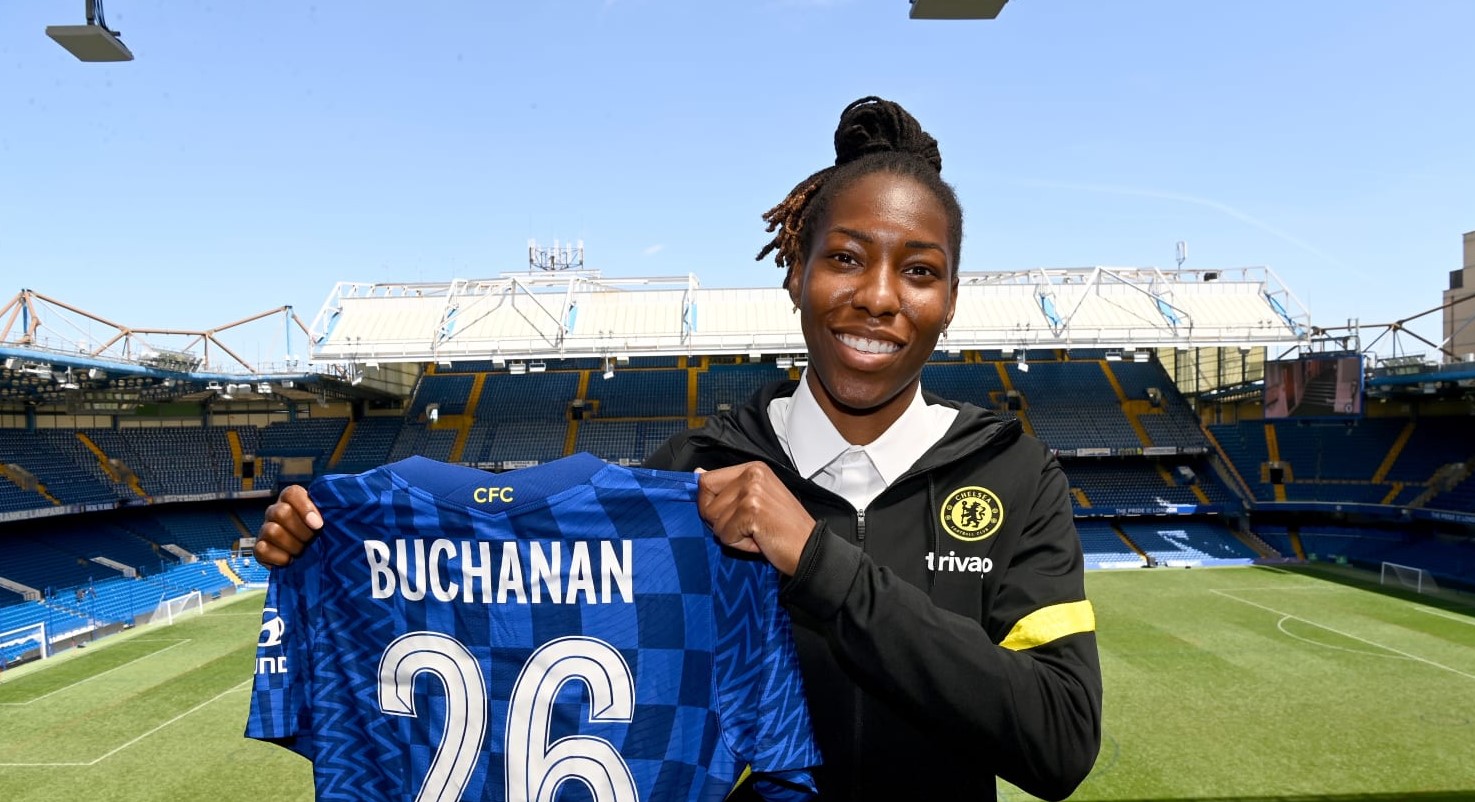 Kadeisha Buchanan, one of the world’s best center backs, signed a contract with Chelsea through summer 2025, the English champions announced on Friday. The move comes after the announcement last month that Buchanan would be leaving European champions Lyon after five and a half season with the club which included five domestic title and five UEFA Champions League crowns.

Buchanan, a Canadian international who helped her team win the Olympic gold medal at the Tokyo Games last year, joined Lyon in early 2017 straight out of college, where she starred at West Virginia. She exits Lyon having helped them return to the top of Europe after a one-year hiatus, and she believes that her move to Chelsea will shift the balance of power in Europe.

“I am coming to Chelsea with the same ambition I always had: win trophies and become the best in the world,” Buchanan said. “The club has everything in order for us to compete in every competition and it’s time to bring a Champions League trophy to London.”

Buchanan will become the first player at the club to wear No. 26 since John Terry left the men’s side in 2017.

Chelsea have won three straight domestic titles and two consecutive FA Cups, but European glory has eluded the Blues — and English teams, period. Chelsea made it to the final of the 2020-21 UEFA Champions League campaign before being walloped by Barcelona, 4-0. They followed that by crashing out in the group stage of the new Champions League format this season.

No English women’s team has won a European club title since Arsenal in 2007, when the competition was known as the UEFA Women’s Cup.

Buchanan further solidifies Chelsea’s defense, which was one of the Blues’ issues in Europe this season.

“She is going to bring a quality to our group and with her brilliant personality and character, we think she will be really liked within the dressing room,” Chelsea manager Emma Hayes said. “We look forward to welcoming Kadeisha this summer.”