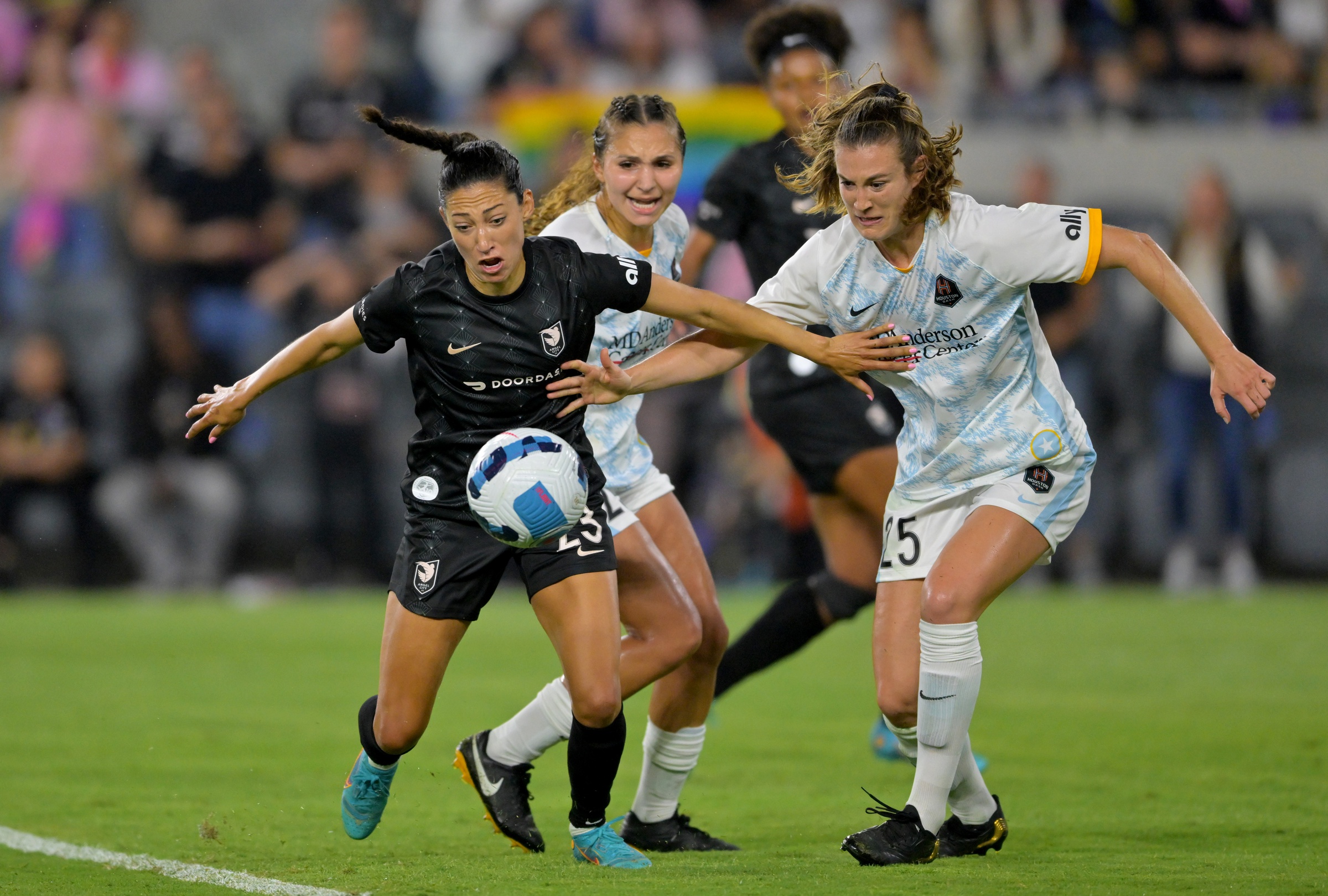 Angel City FC and the Houston Dash played to a scoreless draw on Tuesday at Banc of California Stadium in the National Women’s Soccer League’s only match of the night, extending Houston’s unbeaten streak to six games and sending the Dash within one point of league-leading San Diego Wave FC.

The Skinny: Goalkeepers Jane Campbell (Houston) and DiDi Haracic stole the spotlight with some spectacular saves in a rare Tuesday match which made for short turnarounds for both teams.

One Key Moment: Campbell’s double save on Jun Endo and Christen Press in the 69th minute was out of this world.

Inside the Game: Houston got its first taste of what life without Rachel Daly will look like this summer. Daly, the team’s captain, departed to join England for training camp ahead of next month’s European Championship, which England is hosting. Maria Sanchez started up top alongside Nichelle Prince, moving up from the left wingback position which she found herself in during Houston’s shift to a 3-5-2. Elizabeth Eddy started at wingback.

Fullback was a position of interest for Angel City again as Tyler Lussi lined up a right back for the second straight game, with Jasmyne Spencer out injured.

Haracic was active throughout the match, making several key saves in addition to getting help from the woodwork. Houston hit the frame on three different occasions in the match.