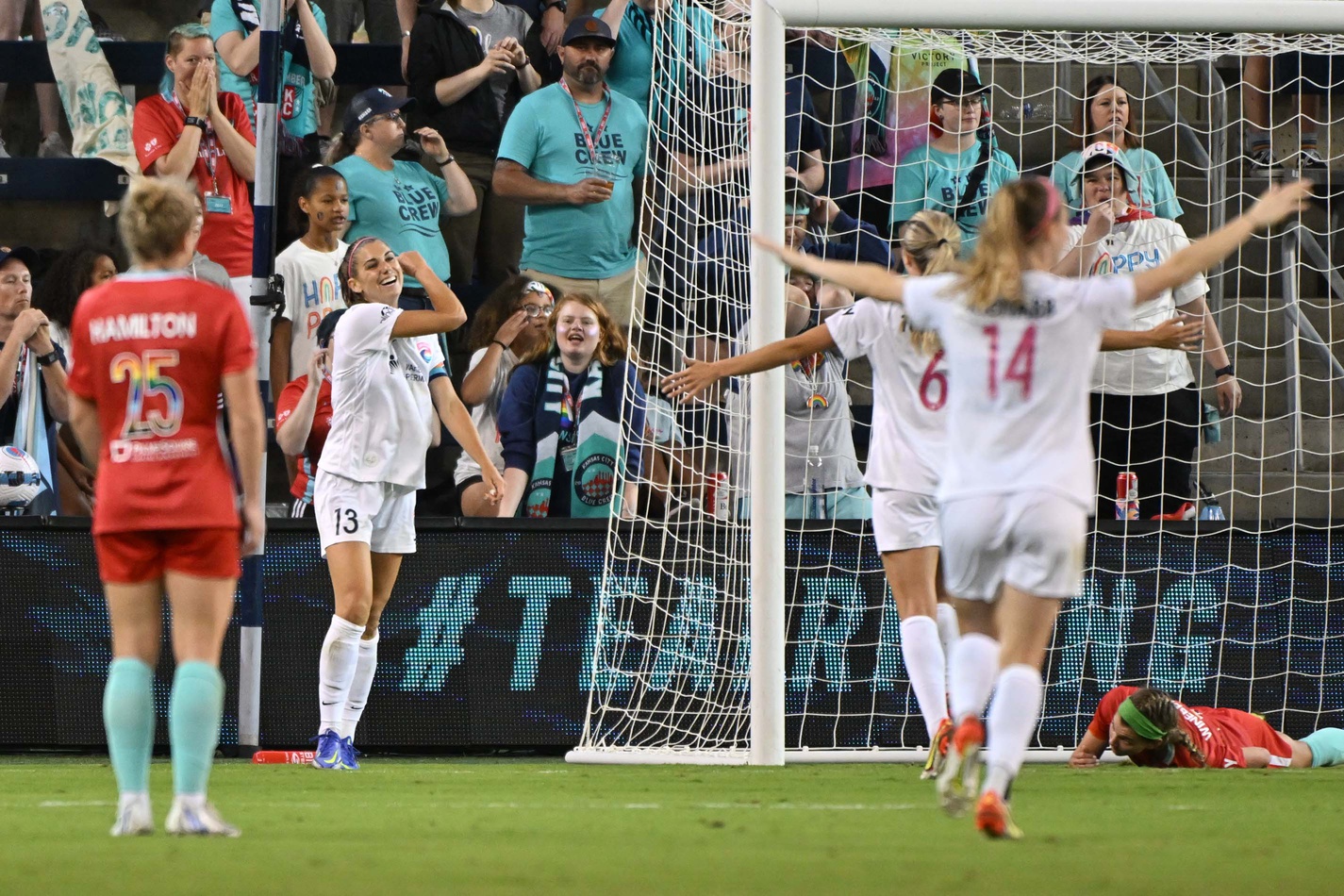 In the 89th minute of the San Diego Wave’s 2-2 draw in Kansas City on Saturday, Emily van Egmond drove a ball into the box intended for Alex Morgan. At the time, the Wave were trailing 2-1. A pair of Current defenders had Morgan flanked and easily won the ball. On the Paramount+ broadcast, Maura Sheridan said: “You can see all of the red kits surrounding Alex Morgan.” If the Wave were going to equalize, finding Morgan open for a tap-in did not seem to be the likely path.

Following that clearance, the ball was played back to Naomi Girma, who gave it to Kailen Sheridan. The Wave goalkeeper surveyed her options, eventually playing out to Kristen McNabb. At this point, there is only one Current player in the picture and McNabb has tons of space. That’s okay for the Current, though. They are sitting on a lead by stationing players behind the ball, not trying to win it through pressure. 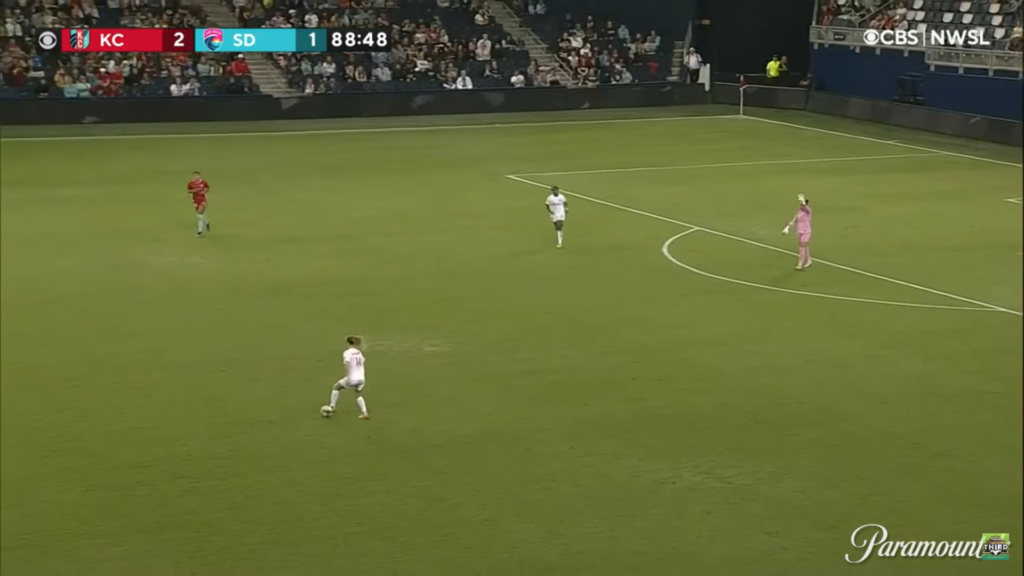 The next pass goes from McNabb to van Egmond, and that is where the Current start to get into a little bit of trouble. Below, van Egmond has just gotten rid of the ball on what was her third touch. Current players are mostly passive here and as you can see, the two players closest to the ball are easily beaten by the pass without applying any real pressure. There are also three Wave players across the middle of the park who are entirely unmarked. However, the ball played ahead by van Egmond turned out to be one of the passes of the year.

Access the best women’s soccer coverage all year long
Start your FREE, 7-day trial of The Equalizer Extra for industry-leading reporting and insight on the USWNT, NWSL and beyond.
Subscribe
Existing Users Sign In Here
Related TopicsAlex MorganAnatomy of a GoalExtraFeatured