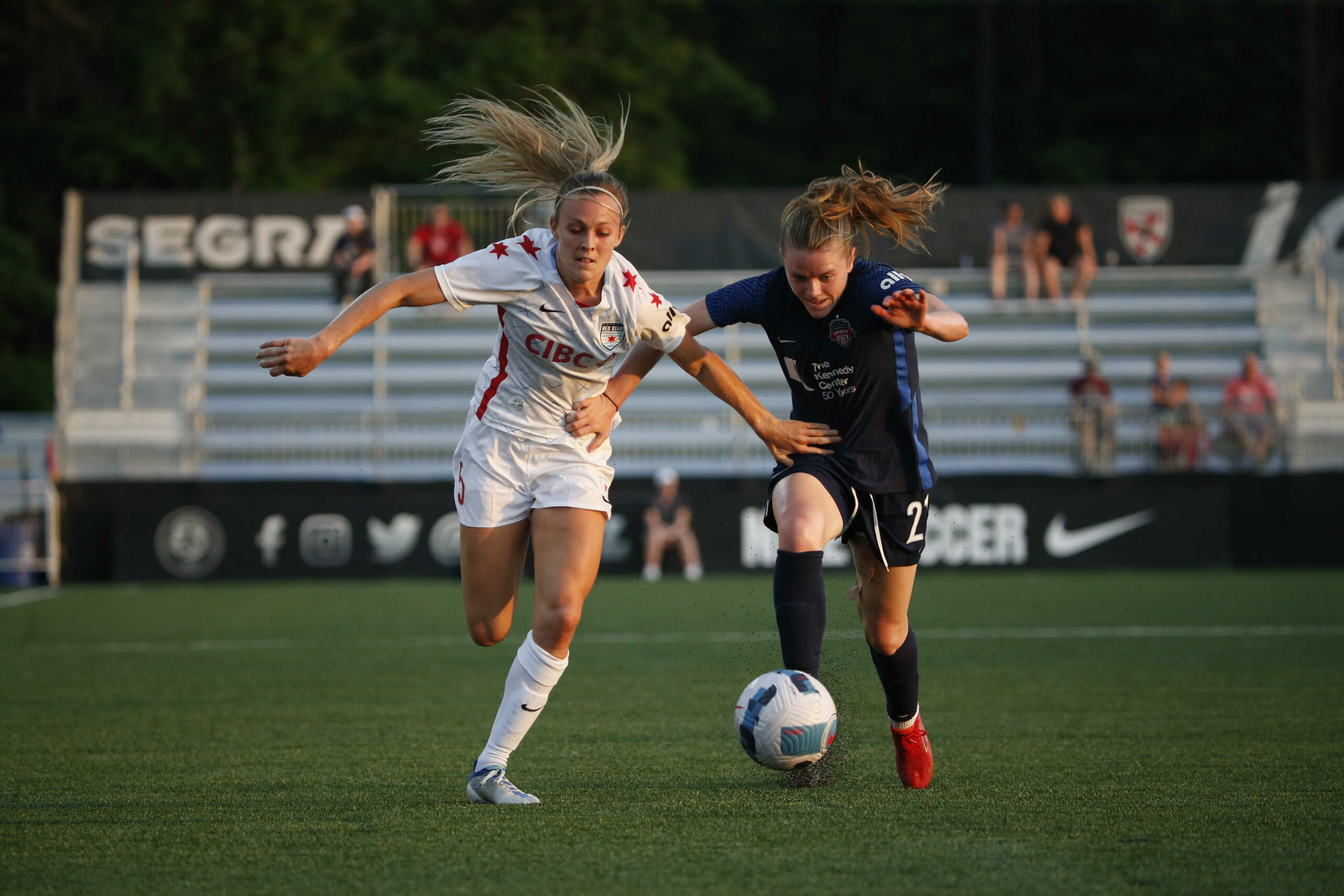 The Skinny: The last time Washington and Chicago met, Spirit took home the NWSL trophy after a long fight. Wednesday night’s match proved these teams are still equally matched, in both skill and spirit.

One Key Moment: Chicago was just minutes from running away with the win when Washington’s Sam Staab found the back of the net off a free kick from teammate Andi Sullivan. That goal brought the Spirit right back in the game and made for a hard-fought final few minutes.

Inside the Game: Anticipation was high leading up to this match, as it was the first chance to recreate last season’s NWSL Championship, when Washington came out on top after an extra time goal from Kelley O’Hara. In the time since, both teams have remained dominant fixtures in the NWSL, though both have also had to deal with injuries, Covid, and other setbacks.

The match kicked off with immediate energy, providing the kind of back-and-forth action that gives a viewer whiplash. Ten minutes in, Chicago’s forward movement turned into a goal when Ella Stevens headed the ball right past Washington’s keeper Aubrey Kingsbury. While that goal lit some fires under Washington’s feet, and they created some close attempts by relying on Trinity Rodman’s ability to carry the ball up the right side, the half ended with Chicago on top.

The action slowed down in the second half, although Chicago sent on Mal Pugh, recently recovered from a concussion, to secure the lead. As the match rounded the 80th minute and players were visibly fatigued in the humid Virginia heat, it looked like Washington was out of chances. But in the 86th minute, Andi Sullivan notched a free kick to teammate Sam Staab, and Staab – who has played every minute of the Spirit’s season so far – got the job done. The game saw ten more intense minutes and ended 1-1, with both sides splitting the hard earned points.