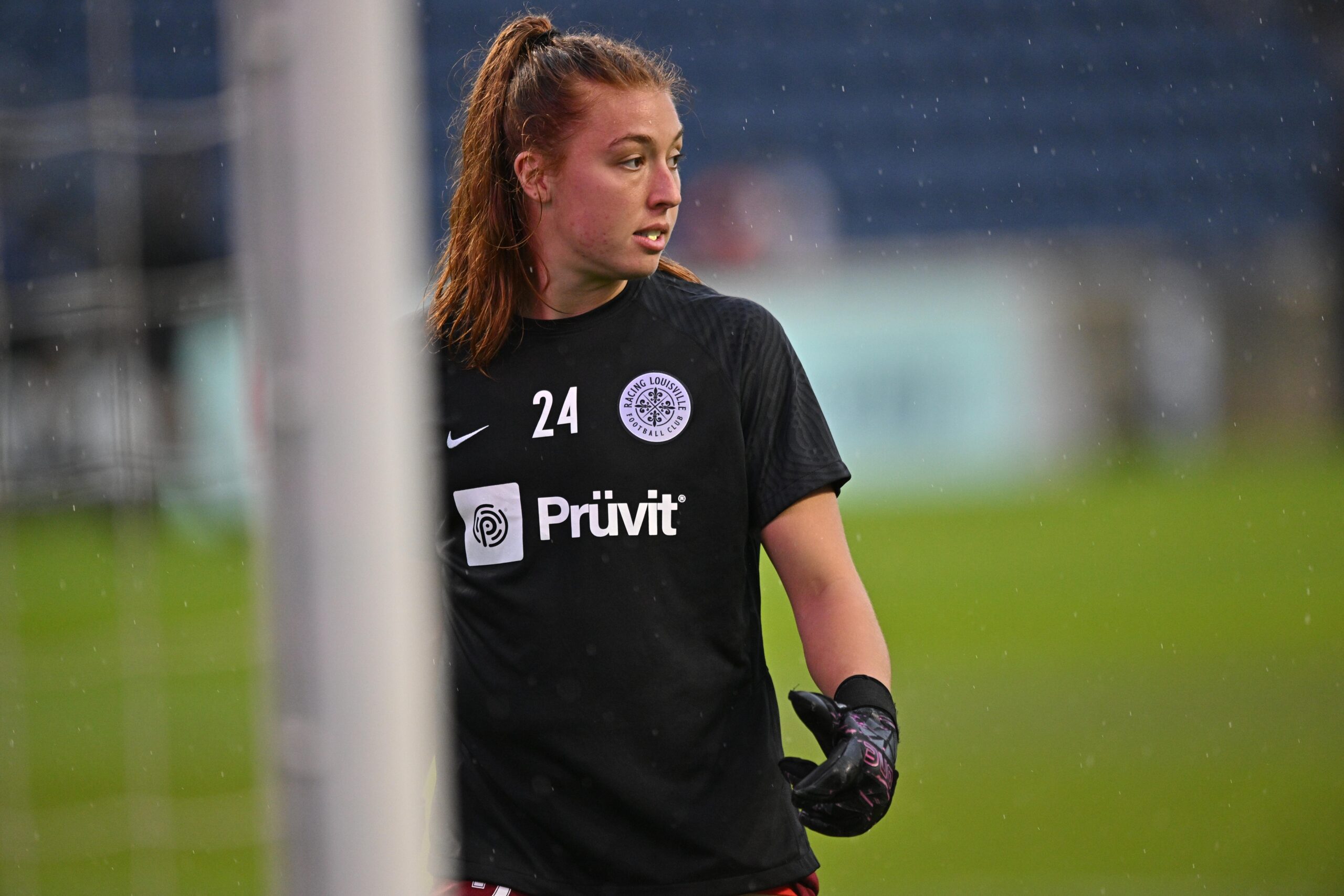 Bloomer, according to a team spokesperson, was walking by a goal at a practice field on Sunday when it tipped over from heavy wind and struck her in the leg. Bloomer was reportedly in a boot and on crutches for Monday’s game, which Louisville lost 1-0. Hillary Beall flew in from Louisville to sit on Racing’s bench as the backup goalkeeper. Bloomer’s exact injury is yet to be confirmed by Racing Louisville.

Racing Louisville head coach Kim Björkegren first raised concerns over the issue publicly in his postgame press conference on Monday, although The Equalizer understands that they were raised privately before that.

A Kansas City Current spokesperson said in a statement that the field — the location of which remains undisclosed for player safety — is the same one used by other visiting teams, but a Racing Louisville spokesperson confirmed that the team used a different facility when it visited Kansas City for the Challenge Cup in early April.

Björkegren said the team tried to train in Kansas City, “but we couldn’t do it because of the quality of the pitch.”

“These kinds of things can’t be a part of a professional league, to be honest,” he said.

The league’s first collective bargaining agreement, which was ratified earlier this year, includes a section about away-team training facilities which states in its entirety: “An appropriate facility for training the day prior to an away game shall be provided by the host team. By way of example only, no training shall be held on any field on which a club or other team is simultaneously playing.”

The CBA also requires teams to designate training facilities in advance. Temporary exceptions must be approved by the NWSL Players Association, and the field in question was neither designated nor approved by the NWSLPA, The Equalizer understands. The PA is looking into the matter.

The league’s operation manual is slightly more specific, stating that each team must have “season-long access” to a full-size field which features the same surface as the game venue (grass or turf) “and must be in good playing condition.” Teams are required to submit contracts or leases to the league. The NWSL operations manual also includes a section about “practical equity” regarding visiting teams having training and equipment standards comparable to the home team, to rule out competitive advantages.