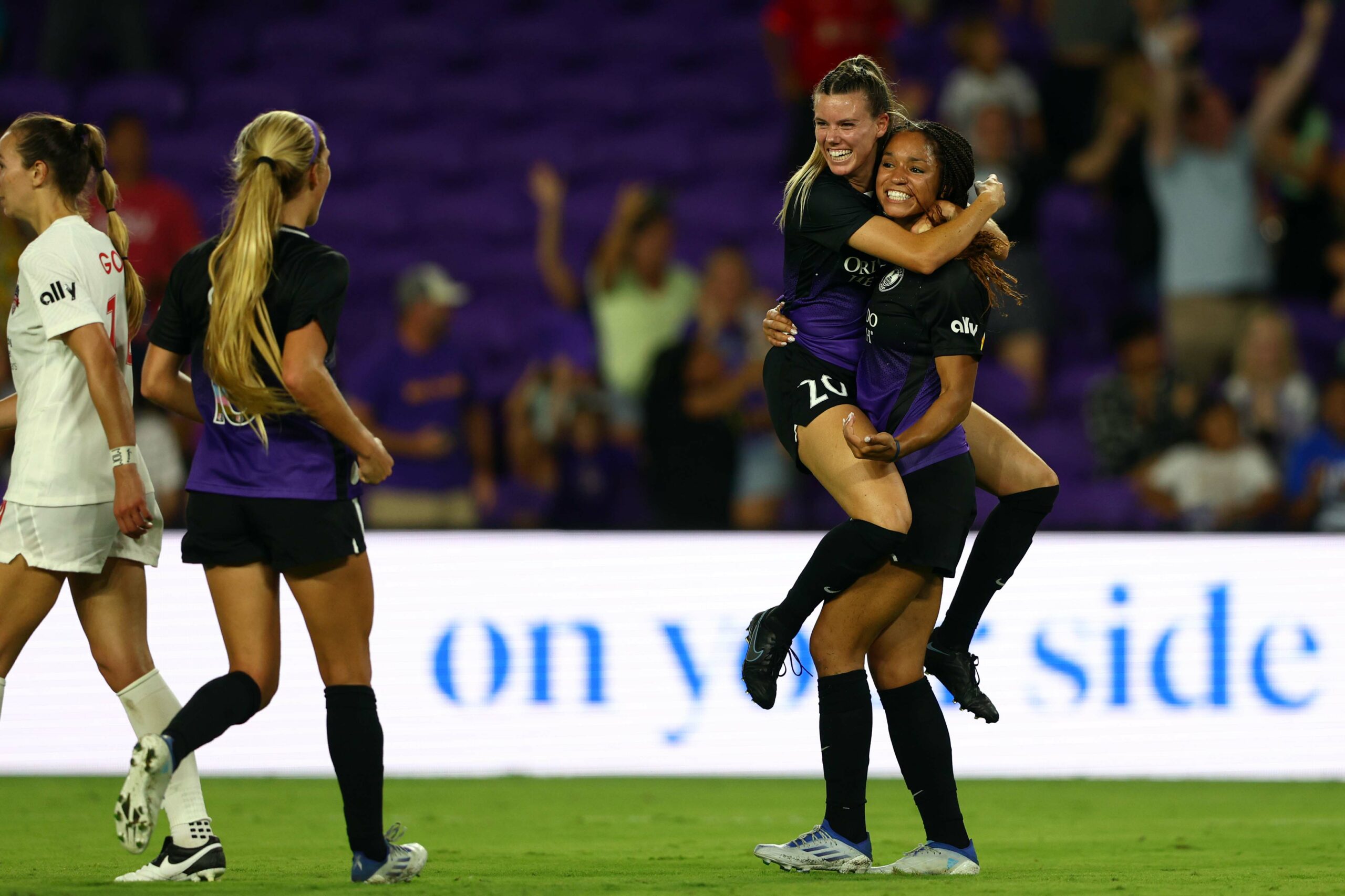 On Friday night, all eyes were on Exploria Stadium in Orlando as the Pride took on the visiting Spirit in National Women’s Soccer League action.

The Skinny: Orlando completed an unbelievable two-goal, stoppage time comeback to share the points with Washington.

One Key Moment: Up until second half stoppage time, Trinity Rodman’s opening goal would have been crowned “moment of the match,” however that all changed with the strike by Darian Jenkins. Jenkins – who hit the post earlier in the match – put herself in the right position at the right time to knock home a pass from Julie Doyle (that almost was intercepted by Emily Sonnett) with the last kick of the match. Wide open on the goal area, Jenkins made no mistake in slipping her shot just under keeper Aubrey Kingsbury.

Inside the Game: Orlando’s comeback was quite the surprise, as the home side seemed asleep at the wheel for much of Friday night’s match.

Early on, Washington took advantage of Orlando’s misfortune while trying to play the ball out of the back. They intercepted the ball just outside of Orlando’s own penalty area and it made its way to Rodman, who smashed home the opener from distance.

Though the Pride had a good spell after the opening goal – culminating in Jenkins’ header ringing off the post – it was the Spirit who would score next. Ashley Sanchez flicked the ball on nicely to Ashley Hatch, whose left footed shot beat Erin McLeod.

With the Spirit looking like they were on their way to securing three points, Mikayla Cluff had other ideas. Deep into stoppage time, Orlando managed some clean passes along the edge of the Spirit box, and the ball made its way to Jordyn Listro down the wing. Listro cut it back and beat her defender, and sent in a perfectly weighted cross towards the six-yard-box, where Cluff was able head it past Kingsbury to pull the first goal back.

After the goal, the momentum of the last few minutes of the match swung entirely in Orlando’s direction, paving the way for Jenkins’ dramatic equalizer – which was the latest regular-season goal in NWSL history.

The late, rare implosion by the Spirit meant they would have to settle for their third draw in a row, while the point will serve as a welcomed rebound for the Pride, who suffered a tough 4-2 defeat at the hands of the Red Stars last weekend.