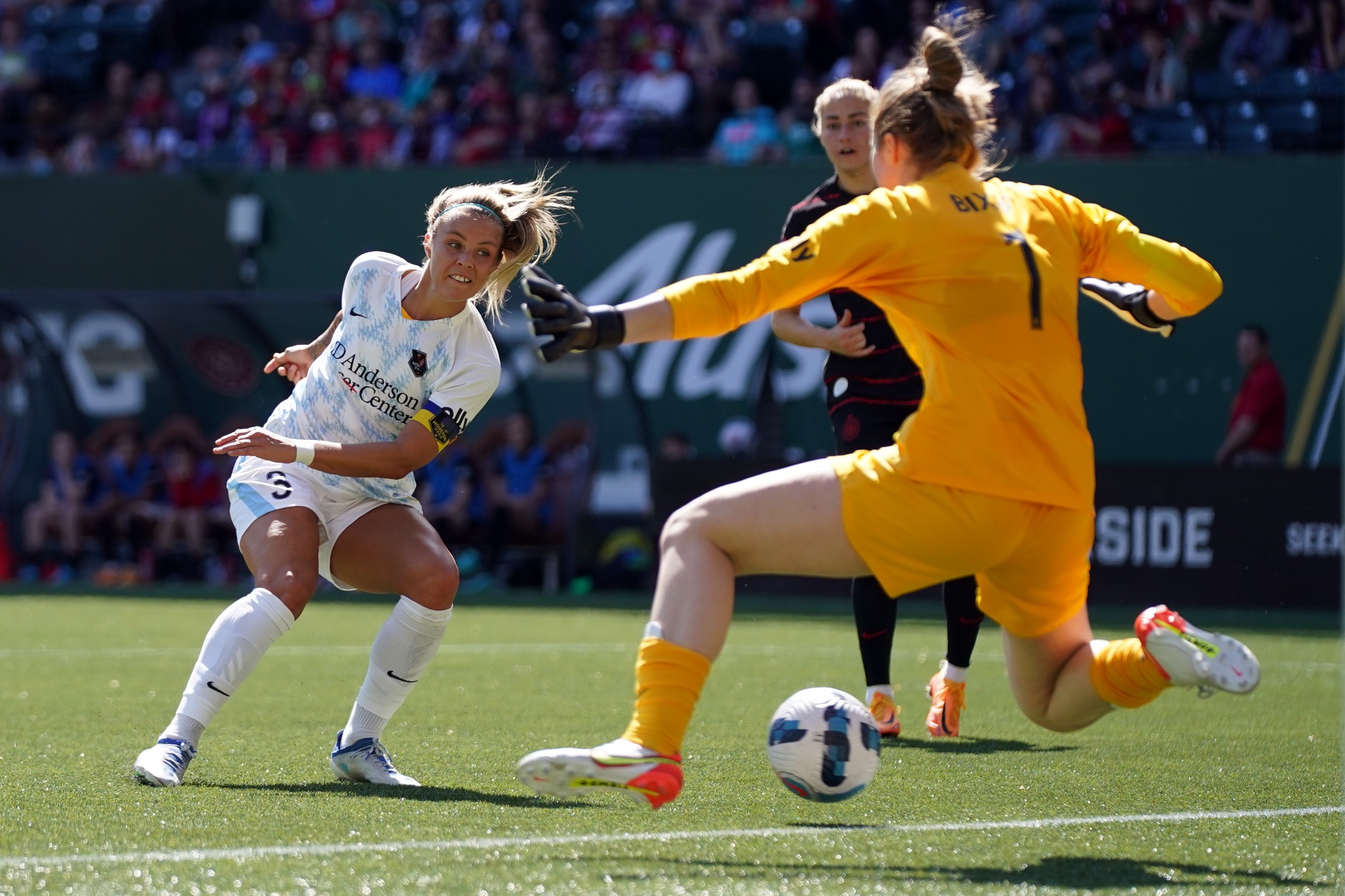 There was a time not so long ago that the Houston Dash figured out ways to lose matches. The 2022 National Women’s Soccer League regular season is young, but it seems like the Dash may have turned a corner under acting head coach Sarah Lowdown.

On Saturday, they played the Thorns in Portland, where the Dash were 2-7-0 all-time. Sure, the Dash beat the Thorns in the 2020 Challenge Cup semifinal, but the head-to-head had been mostly one-sided (13-4-4 Thorns in all competitions heading into the match). The first half on Saturday featured chances from both sides but as first-half stoppage time approached, there were no goals on the board. In fact, the Thorns had still not conceded a goal during the regular season. And then the Dash put together a winning moment.

How the Dash won possession: Following Jane Campbell’s save on Morgan Weaver, the keeper booted the ball into midfield and after a few different heads got on it the Thorns sent a probing long ball over the top, where Campbell got back on the ball. She casually played it to Katie Naughton, who then passed to Ally Prisock. The Thorns did not press. It was the final minute of stoppage time.

Access the best women’s soccer coverage all year long
Start your FREE, 7-day trial of The Equalizer Extra for industry-leading reporting and insight on the USWNT, NWSL and beyond.
Subscribe
Existing Users Sign In Here
Related TopicsAnatomy of a GoalExtraRachel Daly