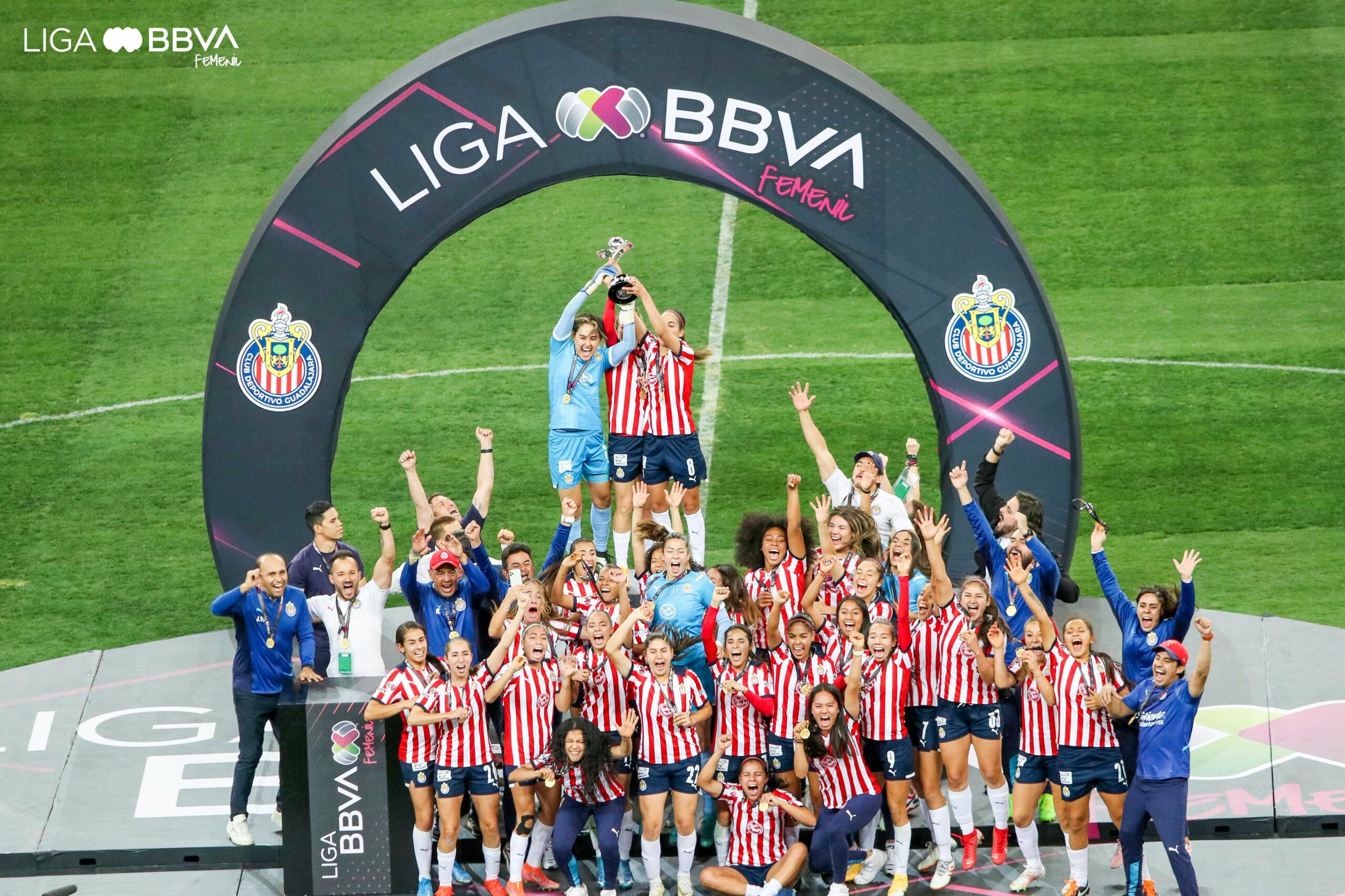 Five years after winning their first-ever title in the 2017 Apertura, Chivas repeated history against Pachuca — who was their opponent in 2017 — and claimed a 4-3 aggregate win.

Leg 1 saw plenty of back and forth from both sides. Chivas was put on notice when Esbeydi Salazar put Tuzos up in the 27th minute. After a break at the half, Chivas equalized off a Gabriela Valenzuela. True their nature, Pachuca didn’t take long to take the lead back, with Mónica Ocampo responding with a 53rd minute goal.

It was the Chivas show after that, with Alicia Cervantes netting a brace with goals in the 80th and 90’+5th minute. The Golden Boot winner scored her second goal off a penalty kick in second-half stoppage time.

Ocampo also aided Chivas with an own goal in the 72nd minute that originally looked to be scored by Caro Jaramillo, but was credited as an own goal.

In the second leg, Pachuca attempted to mount a comeback and saw a potential chance at penalties slip through their fingers. After a first half that saw Chivas with most of the chances in the first 20 minutes and then Pachuca take over in the final 25 minutes, the second half provided the fireworks.

Pachuca scored to bring them within one on aggregate at the Estadio Akron, courtesy of a free kick from outside the box by Lizbeth Ángeles. Captain Charyln Corral quickly scooped up the ball for a quick restart. Then, in the 68th minute, disaster struck for Chivas the home side gave up a penalty.

Corral, who finished just one goal behind Cervantes in the Golden Boot race in the regular-season, stepped up to the spot. Corral took a strong free kick, but Chivas goalkeeper Blanca Félix came up huge with a diving save to deny Pachuca of the aggregate equalizer.

After a few more efforts from Pachuca, the final whistle blew and Chivas lifted the Liga MX Femenil trophy for the second time in club history. This is Chivas’ third final, as they lost in the 2021 Clausura to UNAL Tigres.

Mikel Arriola, president of Liga MX and Liga MX Femenil, announced some big changes coming up in 2022-23. The league announced the the use of Video Assistant Review (VAR) will be implemented in the 2022 Apertura Liguilla — the playoffs — this fall, continuing in the spring. VAR will not be used in the regular season, as of yet.

In addition to VAR in the playoffs, each team will be allowed four international players on their roster — those born outside of Mexico are considered international.

The number increases from the two players previously allowed. Some teams have taken advantage of the rule. Sarah Luebbert — who recently returned to the Chicago Red Stars — was on loan at Club América for a full season, while Sulma Plancarte (United States) plays for Atlas.