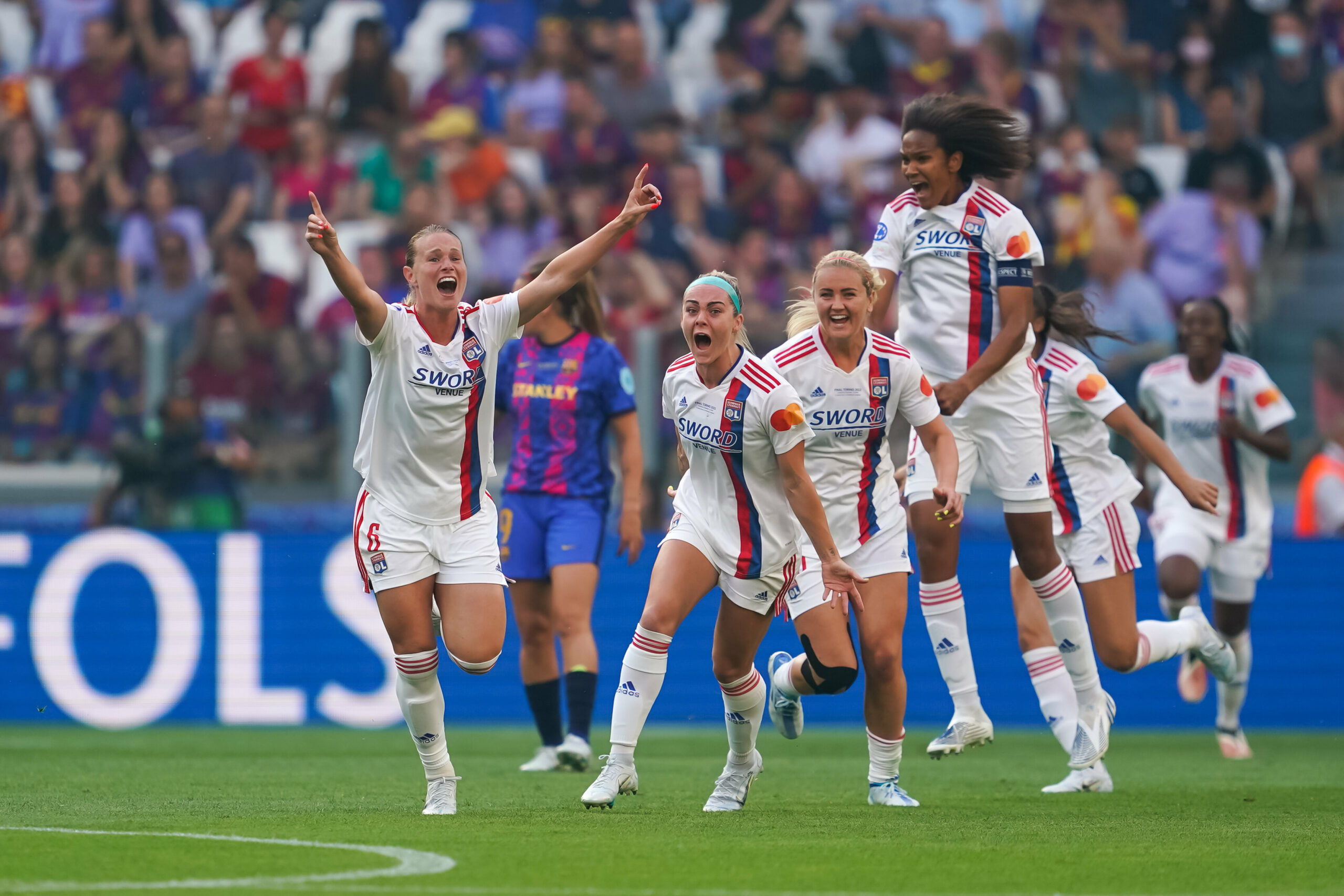 Barcelona was aiming to win a second straight title and entered the game with only one loss in all competitions this season, including winning all 30 games in league play.

Three different goal-scorers found the back of the net early for Lyon on Saturday, with all goals scored in the first half of competition. It didn’t take long for Lyon to grab the lead, with Amandine Henry scoring off an absolute screamer in the 6th minute, from about 30 yards outside of goal.

Ada Hegerberg, who returned to action in October 2021 after suffering an ACL injury in 2020 that kept her on the sidelines for almost two years, scored in the 23rd minute off a header that she put between the leaping legs of Mapi León and past Barcelona goalkeeper Sandra Paños.

Catarina Macario scored Lyon’s third and final goal in the 33rd minute, making her the first American to score in the a UEFA Women’s Champions League final. She started the match alongside American teammate Lindsey Horan. The two Americans became the fourth and fifth to win a European women’s crown, joining Alex Morgan, Ali Krieger, and Gina Lewandowski.

Macario — in her first UWCL final and in her first full season with Lyon — scored on a tap-in goal, assisted by Hegerberg, after a poor clearance from Barcelona inside their own penalty area.

Barcelona didn’t give up without a fight, however. Reigning FIFA Women’s World Player of the Year and Ballon d’Or winner Alexia Puetallas scored right before halftime on a strike inside the box. However, Barcelona couldn’t muster up enough chances and get past Lyon goalkeeper Christiane Endler, who won her first European title after a lengthy career with PSG.

Barcelona tried to pile on the attack, bringing in Asisat Oshoala at the half, and then Lieke Martens in the 59th minute.

Of note, Lyon had to make an early substitution, as Ellie Carpenter went down with a non-contact injury on the turf. She was subbed off in the 14th minute and Canadian international Kadeisha Buchanan entered.