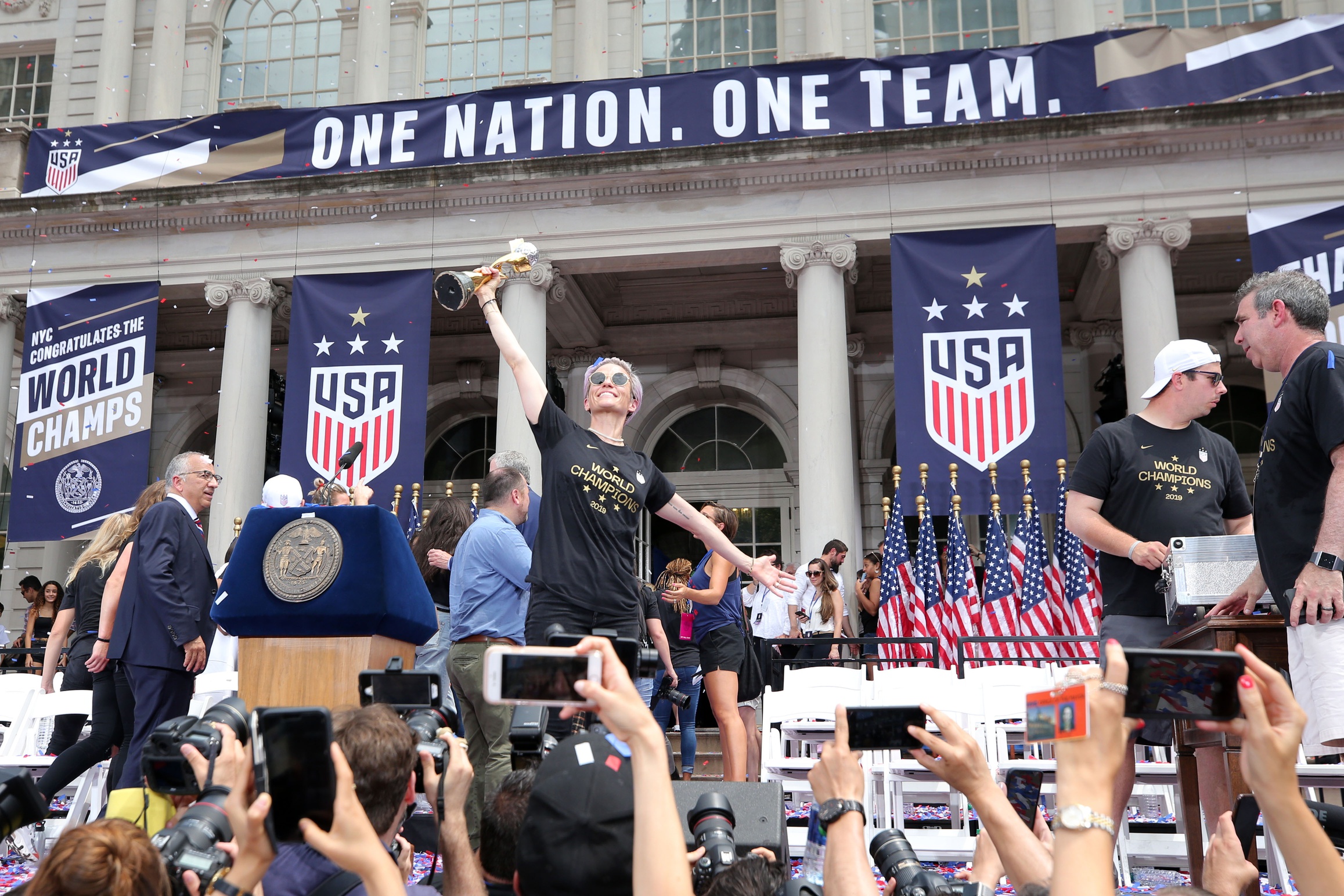 U.S. Soccer announced on Wednesday that it has agreed to new, separate collective bargaining agreements with its men’s and women’s players unions which will pay players identical game bonuses and appearance fees and equally share the sum of prize money from their respective World Cups. The deals run simultaneously through the end of 2028.

The U.S. men’s national team has been operating under the terms of a CBA which expired in December 2018, while the women’s national team’s CBA expired at the end of 2021. U.S. Soccer officials initially talked about wanting identical agreements for their men’s and women’s national teams, but because of the different nature of their work, figuring out equal rates of pay — or “identical economic terms,” as the parties are referring to the metric — stretched several months into 2022, even beyond the initial March 31 extension.

On Wednesday, the long saga ended — which was a requirement for settling the years-long equal pay lawsuit. There is labor peace for the next six years, something U.S. Soccer president Cindy Parlow Cone says will benefit soccer at large in the United States.

“Now we’re all in it together, to work together and collaborate, to really grow the pie so that we can invest more money back into the game and grow the game,” Parlow Cone said in an interview.

Crucial to the federation’s sign-off on the new agreements is the equal split of FIFA World Cup prize money going forward. The U.S. women earned $4 million for winning the 2019 World Cup; the U.S. men earned a $9 million bonus for making the round of 16 in 2014, the last time they appeared in the tournament. Those payouts are made by FIFA and out of U.S. Soccer’s control, but the recently re-elected Parlow Cone — a former women’s national team player — was insistent that the pay needed to be “equalized.”

Under the new agreement, money from each World Cup — this year for the men and next year for the women, in this cycle — will be pooled into a sum. The federation will take 10% of it, and the men’s and women’s players will equally divide the remaining 90%.

“We as unions had come together and agreed in concept on the methodology which it would take to equalize World Cup prize money even last year,” USWNT Players Association executive director Becca Roux said.

Many of the financial elements of the men’s and women’s contracts are indeed identical, including camp and roster bonuses ($8,000-$10,000, depending on the competition) and win bonuses. Per diems had already been made equal, and now the U.S. men and women will earn equal pay per day in camp and game played.

The U.S. women gave up their guaranteed salaries — something which has slowly been phased out but previously offered players financial stability in lieu of larger club salaries which men’s players are often afforded — but they retained unique elements which differ from the men. Women’s national team players will still receive health care, dental and vision benefits, parental leave for up to six months, and short-term disability. Both men’s and women’s players will continue to receive childcare, and U.S. Soccer will match up to 5% of players’ compensation in a 401(K) retirement account.

Each agreement also specifies minimum and equal standards for venues and field surfaces, accommodations and travel, national-team staffing, and safe work environments, according to U.S. Soccer. Roux mentioned data privacy as something of particular interest.

A new element of these agreements is the sharing of commercial revenue. U.S. Soccer says it will share “a portion” of its broadcast, partner, and sponsor revenue with players, divided into a 50-50 split between the men’s and women’s national teams. The federation will also pay players a share of ticket revenues for games which U.S. Soccer operates, the greater of $5.06 per ticket sold (rising to $5.75 in 2027) or 10% of the average ticket price of a sellout.

“I’ve been involved in the equal pay fight for over 20 years, first as a player and now on the U.S. Soccer side,” Parlow Cone said. “And from the beginning, when I took over the presidency, this was something that I wanted to lead on. And I knew that U.S. Soccer wanted to lead on it as well. To be the first country to come to terms with both the men’s team and the women’s team, and their PAs, to equalize World Cup prize money and equalize every economic term of the contract, I’m just so proud that we got to this moment and we achieved this.”