Anatomy of a Goal: How not to defend Christen Press 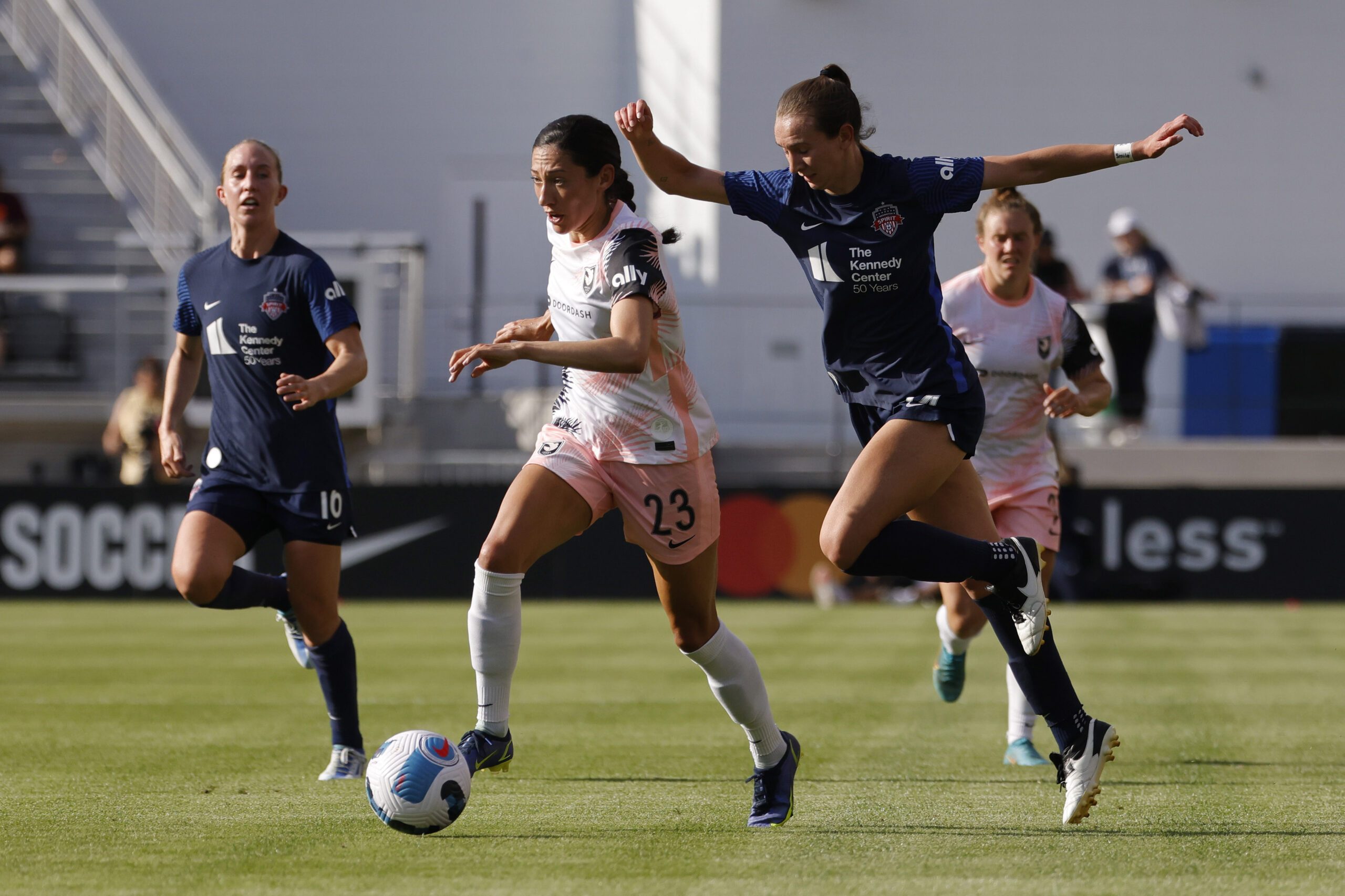 It was a basic, dead-ball situation from a routine area of the field. But a lot happened in a short time, culminating with Christen Press scoring the only goal of Sunday’s match, Angel City FC’s first win on the road as a National Women’s Soccer League squad.

The first half was played on mostly even terms, and it was a midfield congestion sequence that started the process that led to the goal. The ball changed feet (and heads) several times until Savannah McCaskill won it for Angel City. The Spirit’s Julia Roddar clipped McCaskill from behind and was called for a foul. It was an unnecessary challenge since McCaskill was actually turned and moving away from goal, but also because McCaskill was much closer to the Angel City goal than the Spirit goal. In short this was nothing more than a free restart meant to relieve defensive pressure and get some numbers forward.

Access the best women’s soccer coverage all year long
Start your FREE, 7-day trial of The Equalizer Extra for industry-leading reporting and insight on the USWNT, NWSL and beyond.
Subscribe
Existing Users Sign In Here
Related TopicsAnatomy of a GoalExtra