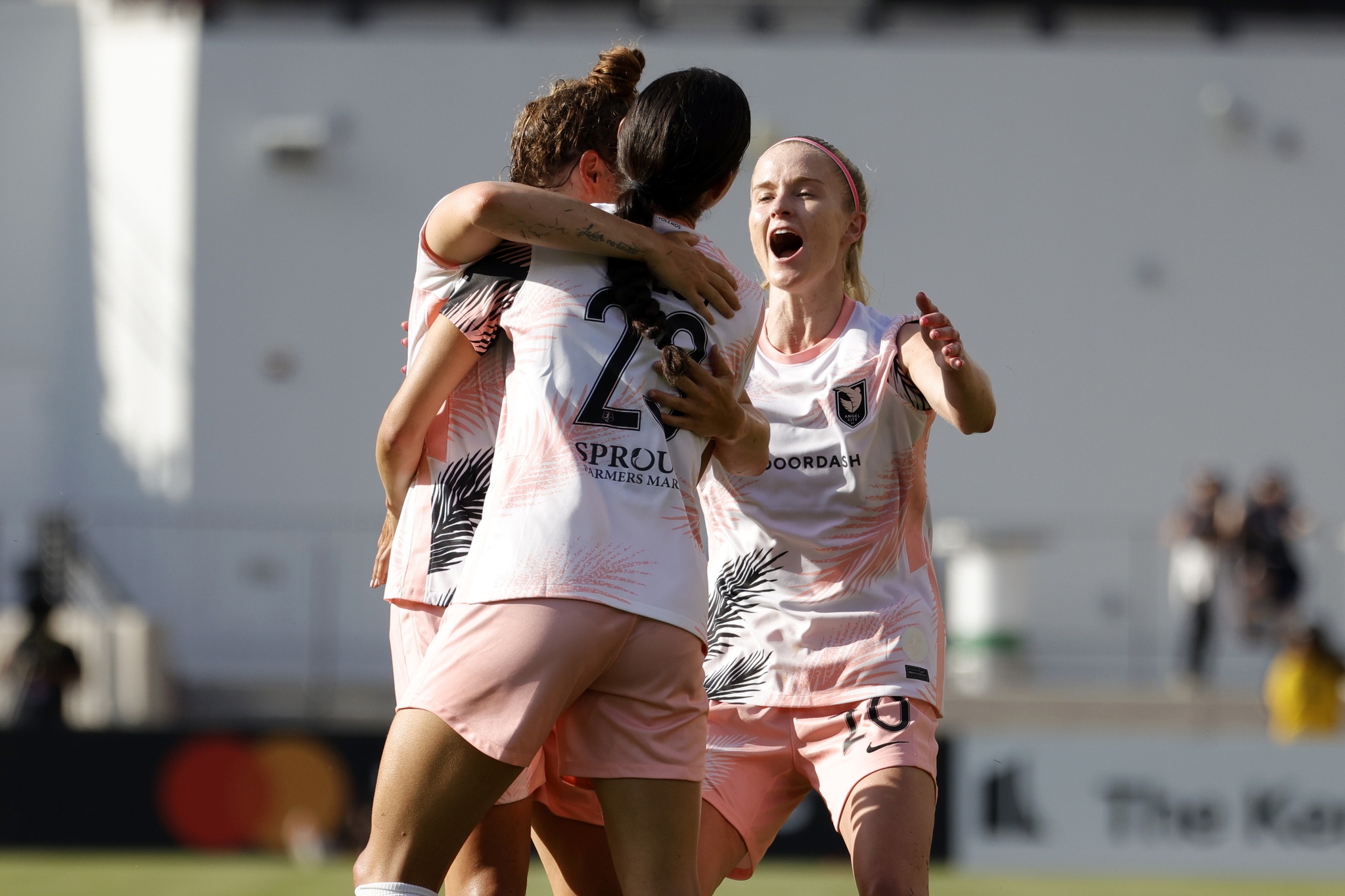 Tyler Lussi had not played fullback at the professional level before Sunday. Lussi, a forward beginning her sixth National Women’s Soccer League season, found out a few days prior that she would start in defense and played all but the final seconds as Angel City FC picked up what might be its most impressive win — the first in franchise history on the road — a 1-0 result over the Washington Spirit, the defending NWSL champions.

Lussi, with help from her wingers, proceeded to largely nullify Spirit forward Trinity Rodman — a task even natural defenders have mostly struggled with — and played through cramping which reduced her to limping at times through the final 15 minutes, when an issue with Paige Nielsen’s earings prevented her from relieving Lussi off the bench.

“Definitely difficult, but I wasn’t going to stop,” Lussi said. “If I could keep going, I was going to keep going. Obviously, it’s not easy, but that’s this team and that mentality. We just work for each other and stick together.”

Such is the state of Angel City, the flashier of the NWSL’s two expansion teams, which has entertained already in its short history through a high-wire act producing some low lows and higher highs. Sunday’s win over the Spirit was the third this year over, arguably, three of the best teams in the NWSL. It sandwiched a head-scratching loss at home to the Orlando Pride the week prior and sent the Los Angeles side into second place in the table — behind fellow expansion side San Diego Wave FC, which is the only perfect team remaining through three weeks.

Access the best women’s soccer coverage all year long
Start your FREE, 7-day trial of The Equalizer Extra for industry-leading reporting and insight on the USWNT, NWSL and beyond.
Subscribe
Existing Users Sign In Here
Related TopicsChristen PressExtraFeaturedKassouf on MondaysTyler Lussi